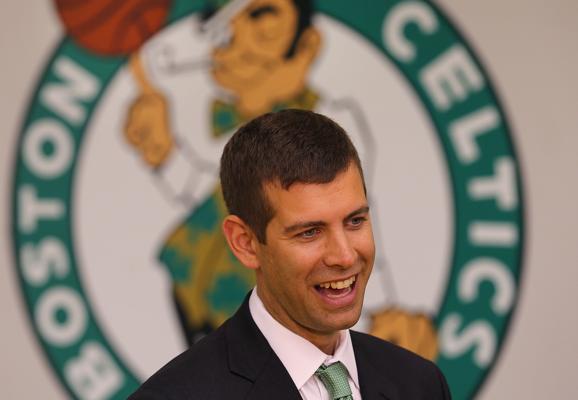 “It would be great to be able to match wits with the best athletes in the world, but I’m certainly happy where I’m at. But at some point and time, sure, I think it would.”

And with that quote to “The Oklahoman,” University of Kansas head basketball coach Bill Self set off a firestorm in Lawrence, Kansas among the Jayhawks faithful. It left many to wonder if he’ll be the next head coach to follow in the footsteps of former Butler coach Brad Stevens and jump at the opportunity to coach in the NBA.

Many have tried and taken the path of Stevens and failed for a variety of reasons.

Esteemed college coaches such as Rick Pitino, with both the New York Knicks and Boston Celtics, John Calipari with the New Jersey Nets, Lon Kruger with the Atlanta Hawks, Mike Montgomery with the Golden State Warriors and Jerry Tarkanian with the San Antonio Spurs all flamed out rather quickly in the NBA. And oddly enough, all landed right back in the college coaching ranks following their firings by their respective NBA teams.

And while the majority of college coaches to make the leap to the NBA have struggled, there have been a handful of success stories. Coaches such as Larry Brown, who coached at Kansas and is currently at SMU, and Jack Ramsay, who coached at St. Joseph’s, both had success in the NBA, winning championships with the Detroit Pistons and Portland Trail Blazers, respectively.

It’s that allure of capturing an NBA championship and coaching the best basketball players in the world and doing it at the highest level that piques the interest of so many college coaches. It’s why Self would contemplate leaving one of the best coaching jobs in the country. It’s why Brad Stevens left the basketball hotbed of Butler for the Boston Celtics. And it’s why every time a college coach makes the leap to the NBA, speculation begins as to who will be the next to leave the college ranks and join him.

At the top of any list when it comes to college coaches that would leave for and succeed in the NBA will always be Duke’s Mike Krzyzewski. However, if he hasn’t left by now, it’s highly unlikely he will anytime soon. And he satisfies the need to coach the world’s best players by coaching the U.S. Olympic team, thus Coach K doesn’t crack the list of the top five college coaches that might leave for the NBA.

It’s a list that includes two former NBA backups coaching their alma maters, a former NBA shooting coach, a recruiting wizard and a coach who plays as aggressive a style of play as any in the country.

1. Fred Hoiberg, Iowa State University
After turning around Iowa State and leading them to the NCAA Tournament, Hoiberg is seen as a hot candidate to return to the NBA, where he played 10 seasons and worked in the Minnesota Timberwolves front office. Hoiberg played at Iowa State, so it’s unlikely he leaves for another college program, but with an NBA pedigree he could be the next in line to follow Stevens if the right opportunity comes along.

2. Shaka Smart, Virginia Commonwealth University
Often grouped with Stevens for every potential college head coaching position, if Stevens has success, Smart could be the next to leave. The only downside to Smart’s chances in the NBA might be his team’s style of play, which relies heavily on the full-court press. That style, brought to the NBA by Pitino and former Loyola Marymount and Denver Nuggets head coach Paul Westhead, has not delivered favorable results.

3. Andy Enfield, University of Southern California
A wildcard among the group, Enfield’s star is rising following his stunning run to the Sweet Sixteen in March with Florida Gulf Coast University. Enfield then bolted to USC, and if he achieves the same success there that he garnered at FGCU, Enfield and his fast-breaking offense are likely to land him an NBA head coaching job sooner rather than later. Enfield would bring with him prior experience in the NBA as a shooting coach for both the Celtics and Milwaukee Bucks.

4. John Calipari, University of Kentucky
A candidate every offseason to bolt back to the NBA, Calipari now has the luxury of picking and choosing the right opportunity to return to the league. As head coach of one of the top college programs in the country, Calipari might be hard for an NBA general manager to persuade to leave. However, for the right price and the right opportunity, Calipari would seem likely to welcome a return to the NBA and fix the only black mark on his resume, his brief coaching stint with the New Jersey Nets.

5. Kevin Ollie, University of Connecticut
Like Hoiberg, Ollie has landed at his alma mater, taking over for college coaching great Jim Calhoun. In his first season at UConn, Ollie took over a team ineligible for the postseason and led them to 20 wins and a seventh place finish in the competitive Big East conference. Ollie, who enters his second year at UConn, played 13 years in the NBA and if he’s able to carry over the success he achieved his first season into his second in the newly formed America Athletic Conference, Ollie will be a hot candidate in NBA circles come next offseason.

Whether Ollie or the other four college coaches make the leap to the NBA is uncertain. However, the allure of coaching the best basketball players in the world at the highest level will always be there, as will the rumors of who is the next to follow Brad Stevens to the NBA, especially come March and April next year.