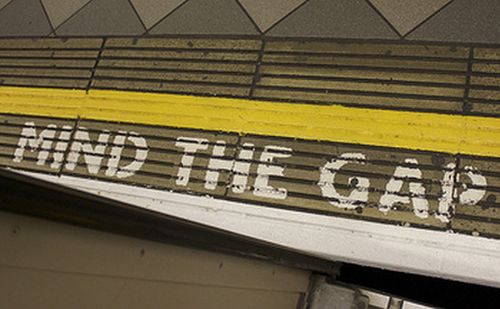 While superstars and super teams garner most of the fanfare, they are but a rarity, the top percentile in the NBA. In a league where the only real certainties are LeBron James, the San Antonio Spurs and luxury taxes, ebbs and flows are the norm. Most habits, streaks, hopes and dreams all boil down the same: they are made, and then they are broken.

Trendsetters will take an occasional look at developing (you guessed it) trends, with the aim of exploring the smaller ones in order to understand the larger ones. Here’s a look at a key contributor to the Sacramento Kings’ slow start.

Despite individual shortcomings in the lineup that starts for them, the Kings have actually begun games well. And, although their 1-5 record may suggest otherwise, they have proven surprisingly efficient in finishing games strongly.

Why then, does Sacramento find itself near the bottom of the standings with the league’s second-worst record?

The problem lies in between.

The Kings don’t boast a starting lineup that will put them into contention for a playoff spot this year – Marcus Thornton, John Salmons and Patrick Patterson have all underwhelmed – but it hasn’t prevented them from beginning games with some level of competence.

For the most part, Sacramento has come out of the gates with balanced play against a decent slate of opponents thus far. In first quarters of their first six games, the Kings have found themselves right in the thick of it, two points behind their opponents, on average, after 12 minutes. Players seem to have energy and play with a sense of purpose at the game’s outset, executing decently, as if the gameplan is fresh in their minds.

Finishing games has long been a major weakness of Sacramento teams, but this season, despite their record, the Kings have thrived late in games. Players like Isaiah Thomas and Ben McLemore have played large parts in reenergizing their team late in games. And, while DeMarcus Cousins can come across as operating in his own world, he too gives consistent effort on both ends, which is reflected in his numbers so far.

Fourth quarter numbers tell part of the Kings’ story. Since the season started, they’ve outscored opponents in the final quarter by an average of 3.3 points. In the waning moments of the game, following the lead of their energizers, the Kings have a look of unfamiliar urgency. They push teams on both ends, pressuring the ball defensively and attacking the basket on offense; the former helping to force more turnovers and the latter opening up other scoring options.

The reason those two quarters, in which Sacramento outplays opponents, are wasted is because of what happens in the meantime.

The Kings mostly hang tight in first quarters and excel in fourth quarters, but the wheels come off in the middle of the game.

On average, Sacramento suffers a point differential in the second and third quarters combined of -9.2.

The Kings have made getting picked apart in the middle quarters as much a nightly routine as wading through Arena Boulevard traffic en route to the game. Both are predictably drawn-out and painful, but at least parking is organized and only costs $10.

After decent showings in the beginnings of games, the Kings just look lost.

On defense, rotations become slow and muddled, with defenders often miscommunicating and ending up chasing the same player, leaving opponents with wide-open looks. Against smart point guards, of which Sacramento has had the misfortune of facing plenty in its first six games, the effortless or confused (sometimes both) defense gets ripped to shreds. Worse yet, a result of poor rebounding performances the Kings have put together, when teams have missed the inviting jumpers they’ve gotten, they’ve been able to get second-chances with ease.

The offense has been worse, arguably. In those second and third quarters, the Kings have been unable to consistently sink open jumpers, even passing up some for contested ones, and the offense often devolves into one-on-one – ineffective at best. In the middle 24 minutes of games, Sacramento is shooting just 36 percent; on the season it’s shooting 42 percent overall.

The eye test suggests that the Kings experience an impactful dip in performance during the middle of games and the statistics emphatically prove it.

They dig themselves holes that even impressive late-game surges can’t lift them out of. It’s an issue that’s turned a season of presumed progression into one of startling regression.

Change is coming – Michael Malone made as much clear in his post-game press conference Saturday – and it will most notably be seen in the starting lineup.

However, for the Kings to turn things around, Malone will have to find a solution to Sacramento’s cripplingly anemic play during that deceptively crucial stretch: between the beginning and the end.