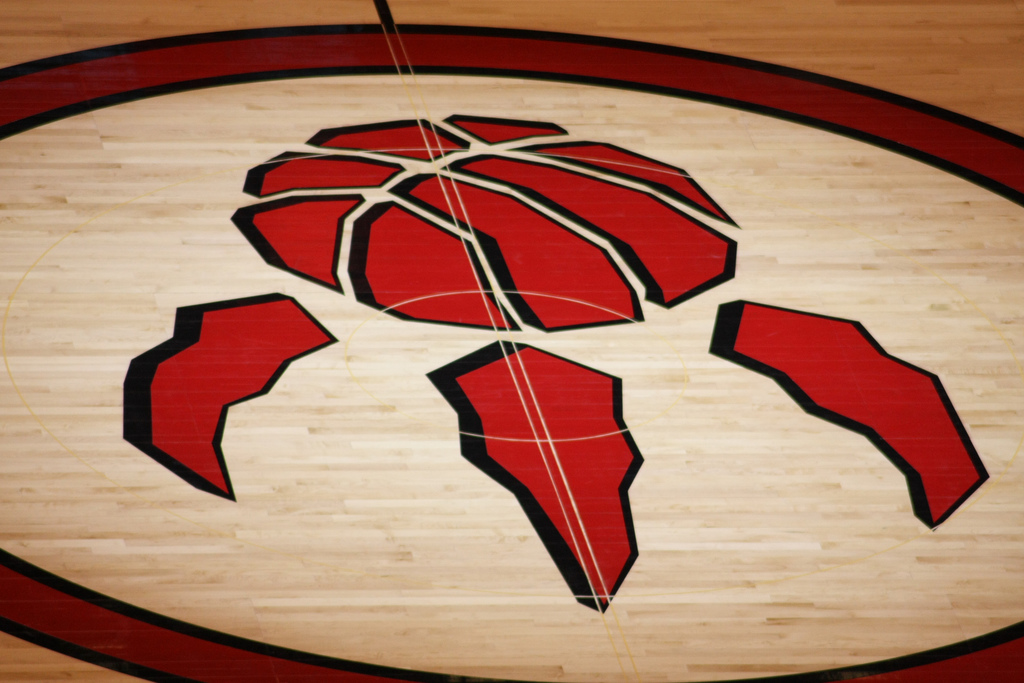 The Toronto Raptors went into last night’s game with a 5-7 record, somehow good enough to sit atop the dreadful Atlantic Division. After Toronto’s last game against the Philadelphia 76ers, point guard Kyle Lowry had this to say about being first place in the Atlantic: “It’s a great accomplishment to be in that position but we still have to keep it up. We have to take all the good from it, learn from it and grow.”

Kyle Lowry and the rest of the Raptors aren’t happy being at the top of the Atlantic with a 5-7 record.

That’s why it was such a big win last night for Toronto over the Washington Wizards. With The Brooklyn Nets coming to Toronto on Tuesday, the Raptors wanted a little cushion and a little momentum going into that game.

The matchup I was looking most forward to was the battle between shooting guards. DeMar DeRozan of the Raptors was averaging 33 points per over his last three games. Bradley Beal of the Washington Wizards is averaging 21 points, 4 rebounds and 3 assists on the season. DeRozan got off to a great start in the first half, 15 points on 6-for-9 shooting. That level of play did not continue throughout the game though, with DeRozan only scoring two points on 1-for-5 shooting in the second half. Beal did not have a great game overall, scoring 17 points on 7-for-21 shooting, an abysmal 33 percent.

The other matchup that looked promising going in was of point guards Kyle Lowry and John Wall. The Wizards point man seems to be more relaxed as of late and it showed, scoring 37 points on 15-for-21 shooting from the field. He had a monstrous third quarter, scoring 18 of his 37 in the frame. Kyle Lowry on the other hand had a solid night from start to finish. He finished up the game with 12 points, 9 assists, 6 rebounds and 3 steals while shooting 4-for-9 from the field.

After a disastrous third quarter from the Raptors in which they shot 22.2 percent from the field, they got off to a better start in the fourth with a 9-0 run. The Wizards did come back in the fourth led by John Wall, even getting the score to 90-88. The player that made shots in the fourth to put this game out of reach was none other than Rudy Gay. Even though Gay shot an awful 6-for-16 from the field, he always is good for a couple of baskets in the fourth to help his team win. There was also word from Raptors assistant coach Jesse Murmuys at half time that Rudy Gay was under the weather. He must have been under the weather every game so far this season because a 37.5 percent shooting night is the norm for Rudy.

Jonas Valanciunas had himself a pretty good night, scoring 11 points and grabbing a career-high 13 rebounds. Despite what looks like a pretty good night for a 21-year-old player, Jonas has trouble on the defensive end. If it were only one-on-one out there, Valanciunas wouldn’t look so bad. The problem for Jonas is that he helps out too much on the defensive end, thus losing his man almost every time. It’s definitely something a man of his age can fix for the future but it’s certainly costing the Raptors points in the present.

The Raptors win this game and now have a record of 6-7, still good enough to be at the top of the Atlantic Division. Next up for them are the previously mentioned Brooklyn Nets, who they host on Tuesday. The Nets are a surprising 3-8. Even with the bad record, the Nets are still very talented and this won’t be an easy game for Toronto.