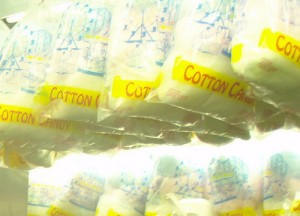 There are cotton candy vendors in Bankers Life Fieldhouse that walk around in the crowd selling their sugary sweetness. If you miss one walking by your seat and need to chase one down, you could miss a few critical minutes of the game. Heaven forbid you have to walk around the arena on the upper level looking for a cotton candy vendor or else you could potentially miss an entire quarter.

I know this to be true because that’s what happened to me last week when I went to see the Milwaukee Bucks fall to the Indiana Pacers. I missed a large part of the third quarter chasing the pink and blue bags of joy. As I watched tonight’s game, I wondered if maybe that’s what happened to the Pacers during the first five minutes of the fourth quarter versus the Philadelphia 76ers. Maybe the Pacers went for some cotton candy, because these guys normally OWN the second half, particularly the fourth quarter. At home, they have been perfect.

Yet, still, there they were, in the fourth and it was a game. A bona fide game, at home against an inferior and inexperienced team. The Sixers were shorthanded, only dressing nine players, and missing Thaddeus Young and Spencer Hawes, two key players. With 6:33 left the Pacers trailed 86-83. This was an anomaly, and one that was worrisome.

After building an 11-point lead by the end of the third period, Indiana seemed to disappear for some critical moments of the fourth and let Philadelphia right back in the game. They had over 22 offensive rebounds against Indiana, one of the best rebounding teams in the league. The blue and gold hadn’t given up more than 17 during any one game of the season up to that point.

The final minute of the game was a clinic of Indiana’s defensive prowess. They ended the game with a 15-2 run despite Philadelphia’s gritty play. Rookie Michael Carter-Williams scored 29 points and Evan Turner had 21, but ultimately they came up short against a much more experienced and talent-rich team.

With Roy Hibbert having a solid double-double, 27 points and 13 rebounds, and David West doubling up as well with 17 points and 11 rebounds, the Pacers managed to hang on at the end of the game and make the plays that needed to be made in order to win. They played with patience and poise over the final five minutes for the victory.

Again, the Pacers’ 19 turnovers haunted them, and almost cost them the game. After finding the answer for those turnovers during the past week, tonight they were a problem. The offensive rebounding allowed by Indiana also nearly led to the 76ers pulling this one out. But the Pacers prevailed, and are now 12-1.

They prepare next for Minnesota, who come to town Monday night at Bankers Life. Kevin Love, Ricky Rubio and Corey Brewer will be ready to face the Eastern Conference-leading Pacers. The Timberwolves are chasing Portland in the West and a quality win would go a long way in building confidence. One thing is for certain, 19 turnovers would really create issues against a quality club like Minnesota.