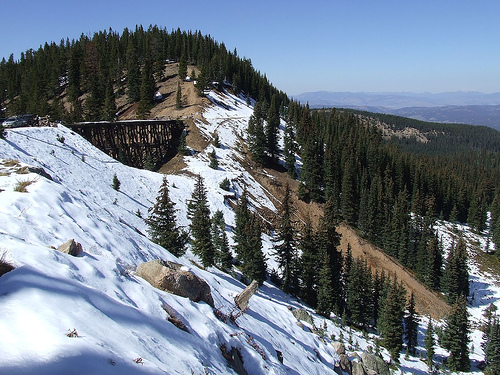 On opposite sides of Rollins Pass, sitting high above the rest of the NBA where sports are more frequently experienced out in the snow, lie two kindred spirits of the game: the Utah Jazz and Denver Nuggets. Each falls firmly in the category of a mid-market team, with comparable (and modest) revenue and operating income, forced to squeeze more wins out of their dollar than the average franchise, and both have operated in the red for the last two years in their ongoing commitment to winning. They share a time zone with only one other club (the Phoenix Suns), and neither has won a championship.

They also happen to find themselves at similar turning points in their respective histories. In the last several years both of these clubs have been inherited by the sons of long-time visionary owners, and both are navigating the uncertainty that comes with that transition. Furthermore, the challenges faced by these sons—Josh Kroenke and Greg Miller of the Nuggets and Jazz, respectively—have been magnified by internal flux. In his short reign, Kroenke has overseen the loss of perhaps the greatest player in Nuggets history, New York Knicks forward Carmelo Anthony, and just this summer navigated the unraveling of a 57-win team. And Miller’s reign has been equally as tumultuous, encompassing the end of the 22-year coaching tenure of Jerry Sloan, as well as the seemingly-related dismissal of franchise player Deron Williams. Attributing this turmoil to growing pains seems unfair; these would appear to be two distinct cases of trial by fire.

So here we have a pair of franchises run by two different families and yet living under very similar circumstances: isolated from much of America’s view, staples in their respective communities, with mid-market resources and a strong commitment to winning, the Nuggets and the Jazz are both navigating a wide bend from their strong and stable histories toward what can only be described as uncertain futures.

And uncertainty has indeed reigned supreme for these two clubs in the early part of this new NBA season. In Denver, new head coach Brian Shaw is searching for the right rotation to transform George Karl’s high-speed offense into a traditional inside-out operation, already starting eight different players in the process. Furthermore, a whopping 12 Denver players are averaging over 15 minutes per game, and reserve Evan Fournier is creeping up at 14.5. In Utah the feeling-out has been equally as dramatic, with a stunning eight players currently at a career high in minutes played, and three rookies seriously in the mix. Veteran forward Richard Jefferson is playing more than he has in several seasons in what is presumably coach Tyrone Corbin’s attempt to inject some experience into a very young lineup.

These two clubs collided on Veteran’s Day, the first of four meetings scheduled for the current season. They entered the game with a single win between them, the Nuggets sitting at 1-4 and the Jazz 0-7. Both were, in the earliest part of the season, fulfilling their most pessimistic expectations. Utah played host.

After early control by Denver, the Jazz went on a run, jumping to a 17-10 lead behind strong rim attacks from Gordon Hayward and Jefferson. The Jazz shot the ball well and committed precisely zero turnovers in the first quarter, two areas of significant concern for this club in the early weeks of the season. At the start of the second quarter, with several Denver players finding themselves in foul trouble and the Jazz seemingly in command, Utah’s urgency suddenly vanished and the Nuggets slowly drew Utah’s lead down to two. Derrick Favors went to the bench with three fouls and by the half Denver had snagged a one-point lead.

In the second half the big men stayed aggressive, with Kenneth Faried looking to score on one end and Favors and Enes Kanter attacking on the other. The Nuggets’ lead held and even grew but some unforced errors by Denver’s resident knuckleheads (Timofey Mozgov and Anthony Randolph) and a scoring flurry by Favors left Denver with a two-point lead heading into the fourth. In the early part of that quarter Utah squeezed ahead by a point on an and-1 by Alec Burks, and with nine minutes to play, the game was tied.

And then everything changed. For the next three minutes the Nuggets out-rebounded the Jazz 7-0 and jumped to an eight-point lead. Hayward, who had dominated the game’s first half, had all but vanished in the second, was called for a questionable turnover while posting up, and within a minute flipped a pass through the hands of Kanter and out of bounds. Denver’s lead climbed to 11. In the game’s final four minutes the Jazz managed only four points, all by Favors, and Denver’s lead skyrocketed to 19 before the final horn sounded. With plenty of credit to Denver, this was a terrible meltdown by the Utah Jazz on their home floor.

In many ways the game provided a window into the state of these two would-be rivals. Without a clear identity, the Nuggets relied heavily on the poise of Ty Lawson and Andre Miller as well as the hustle of their big men, particularly Faried and J.J. Hickson. Besides Randy Foye, who was simply in the right place at the right time, these four players led the game in plus/minus. The Nuggets unequivocally controlled the boards, as they’ve done throughout the season thus far, but lacked much in the way of perimeter shooting or successful post play. Without Lawson and Miller’s ingenuity and the rebounding advantage, Denver had little else.

As for Utah, the non-Hayward ballhandlers on Utah shot 6-of-28 from the field, an atrocious and untenable number. Perimeter play has been an issue in Utah for the last several seasons, and while Hayward has blossomed into a quality starter, it cannot come from him alone. The urge to play Jefferson is somewhat understandable, given the dearth of both quality perimeter help and veteran guidance, but he is arguably the roster’s worst player and, barring a few minutes early in the game, did significantly more harm than good.

Both teams are precisely where anyone would have reasonably expected to find them early in the season. Denver is undergoing a dramatic overhaul in roster and style and is going to look to a handful of players’ strengths to get them through early games. Utah is prioritizing their youth, and while Hayward, Favors, and arguably Kanter are largely living up to expectations, the rest of the roster is too bare to reasonably expect much in the way of victories.

These are two terrific franchises in the early stages of a rebirth. One can hope it won’t be this dark for long.