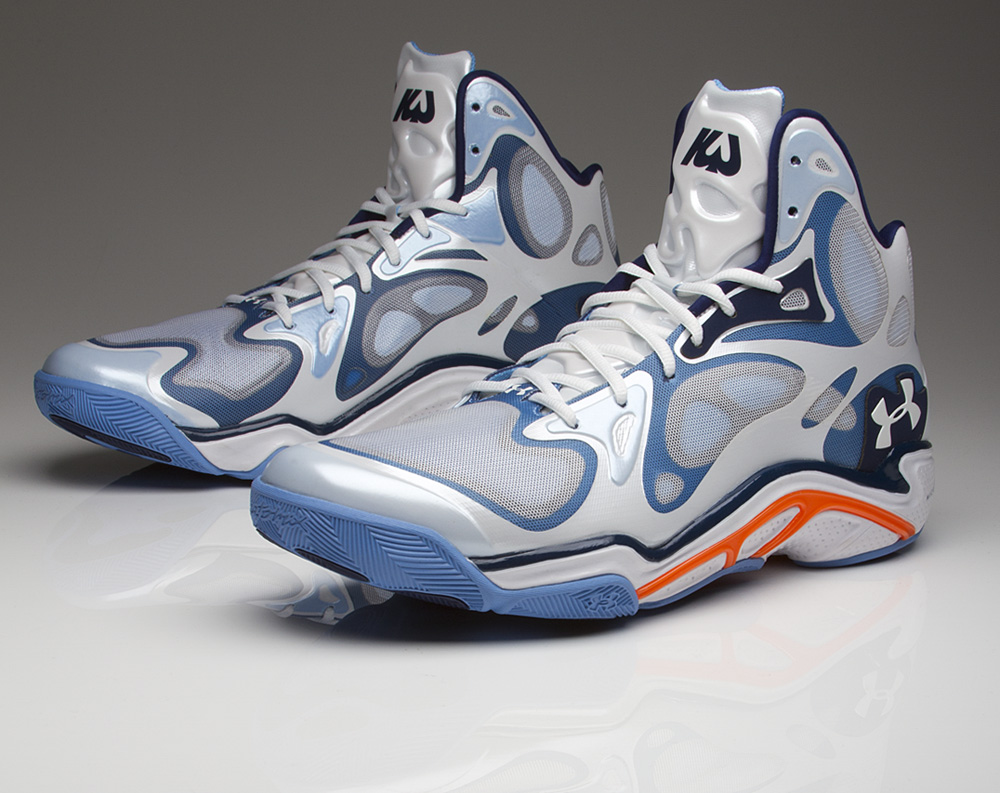 The Charlotte Bobcats are currently in the midst of asserting their will on the Eastern Conference and jockeying for position among the ‘Least’, and star point Kemba Walker is a big part of their upward surge to respectability. Not to be left unaccounted for, brand sponsor Under Armour has outfitted the kid from The Bronx, NY with a special player exclusive version of the Micro G Anatomix Spawn with custom Bobcats hues (white/capri/orange) and his KW-spade logo on the tongue.

Even better than that? If you live in the right places, you can pick up a pair from Foot Locker.

See more below, courtesy of Under Armour: 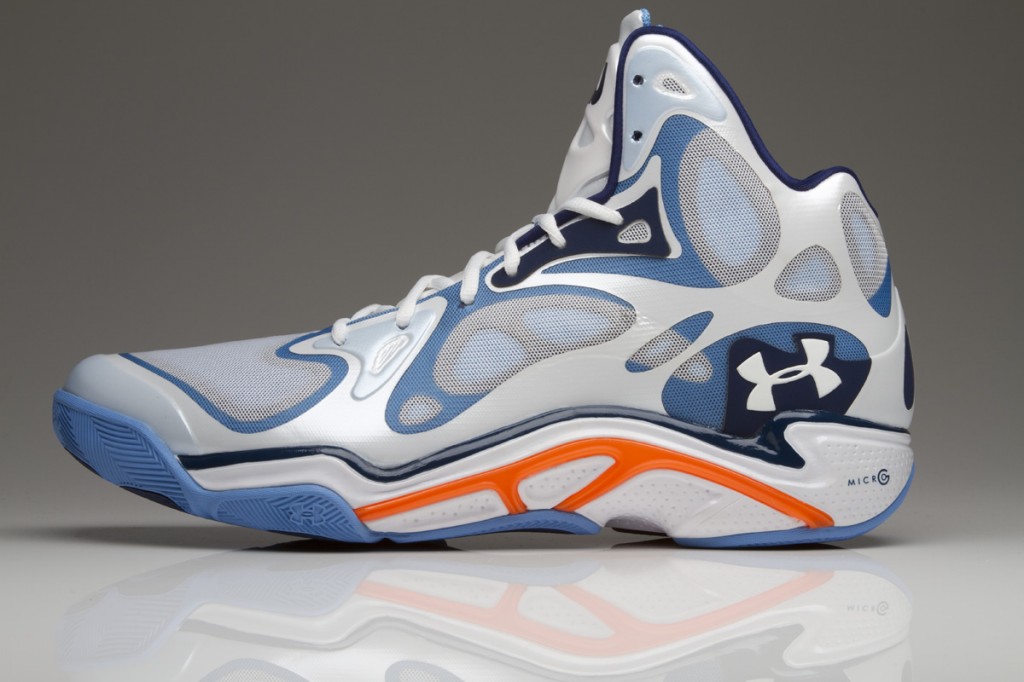 It’s currently available – in his hometown of NYC and in Charlotte – at the following Foot Lockers for $120:

These are the first Anatomix Spawn PEs to hit retail. 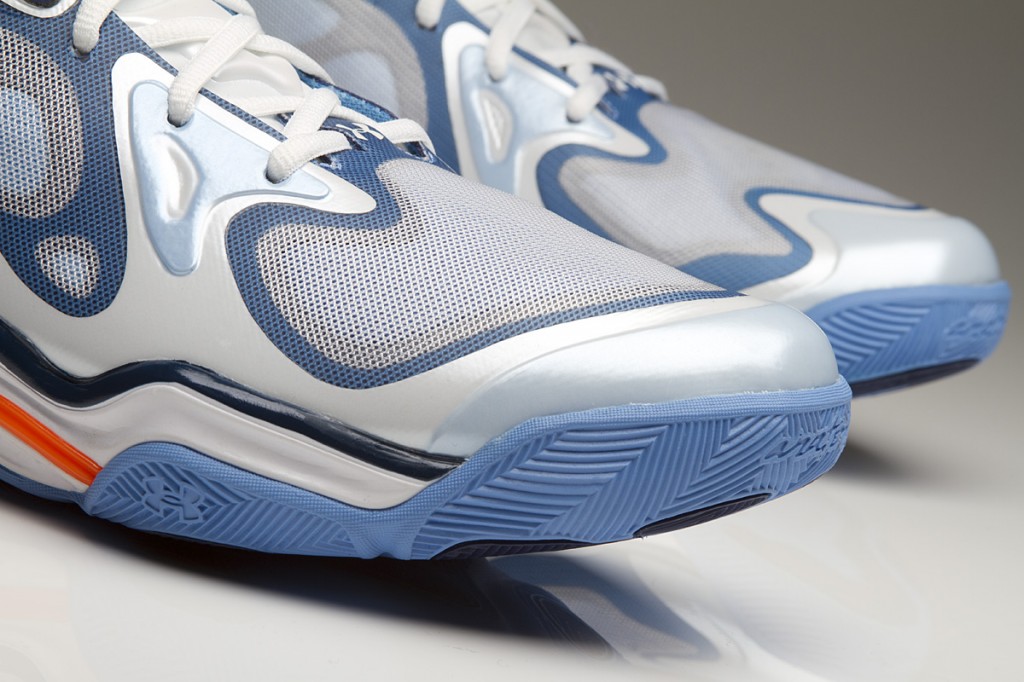 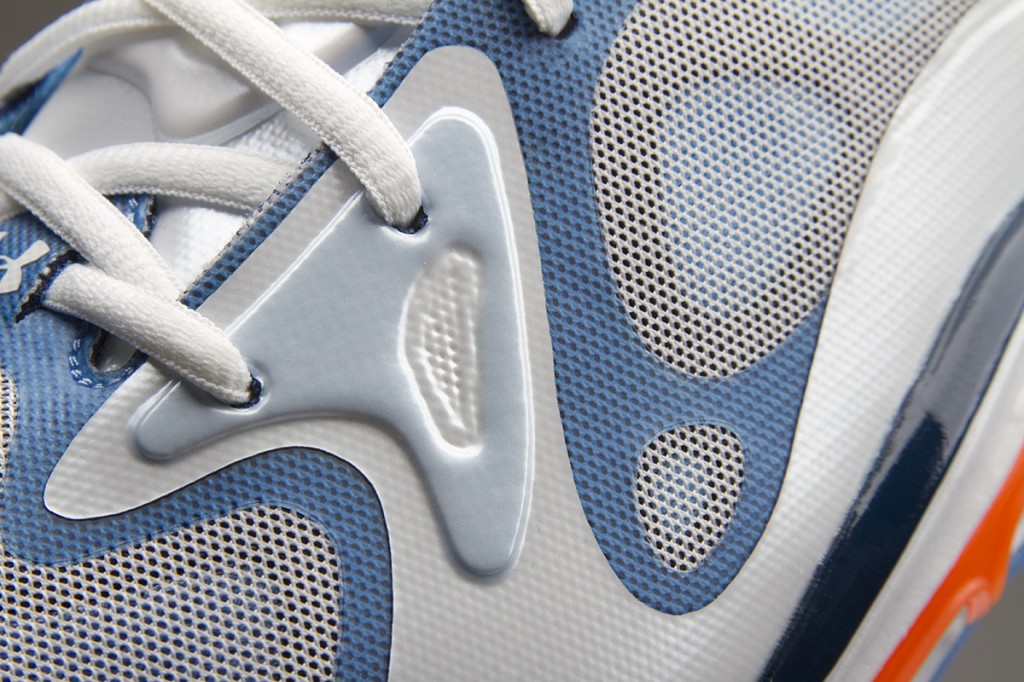