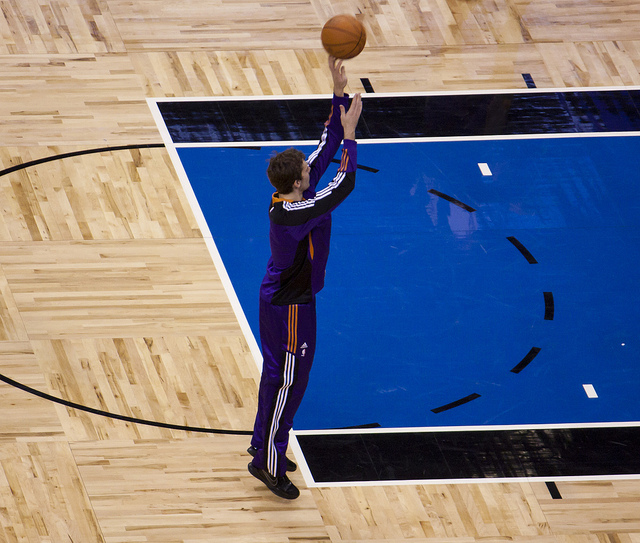 Eric Bledsoe, Goran Dragic and Miles Plumlee all scored at least 20 points, and the Phoenix Suns pulled away in the second half en route to a 115-101 victory over the visiting Philadelphia 76ers on Saturday night. The Suns improved to 18-11 with the win, while the Sixers fell to 8-21.

Both teams got off to quick starts on Saturday, but the Suns held the upper hand after one quarter thanks to Plumlee’s big quarter; the former Duke Blue Devil scored 12 points and snagged five rebounds in the opening frame, after which the Suns led 36-27. Philadelphia fought back in the second quarter as Tony Wroten scored a team-high eight points in the quarter. A Wroten three-pointer in the final minute cut the Phoenix lead to one, and the Suns would lead by that margin heading into the locker room. In the second half, the Suns turned it up defensively, holding the East’s third-highest scoring offense to 42 points over the final two quarters. The much-maligned Philadelphia defense failed to keep the game within reach, and Marcus Morris’ fourth quarter outburst (11 points) sealed the deal.

Both teams had three players score at least 20 points. The Suns had Plumlee (22 points, a game-high 13 rebounds), Dragic (21 points, team-high five assists) and Bledsoe (20 points, four assists, four rebounds, three steals, and two blocks). Meanwhile, Philadelphia had Thaddeus Young (game-high 30 points, 10 rebounds), Michael Carter-Williams (27 points on 12-of-28 shooting, six assists, six rebounds, four steals) and Wroten (22 points) all score at least in the 20s. But again, Phoenix’s defense came up with the stops where Philly’s didn’t; the 76ers shot just 39 percent for the game and 78 percent of their scoring came from three players.

The Suns were able to bounce back from an embarrassing defeat in Oakland on Friday and moved to 11-4 at U.S. Airways Center. They won their ninth game in 12 tries in the month of December by prevailing over Philadelphia, and improved to 6-1 at home for the month. Phoenix maintained their position in the Western Conference; they’re still sixth, three and-a-half games clear of ninth place.

The Suns will conclude a successful December on Monday night, when they face the Los Angeles Clippers in L.A..