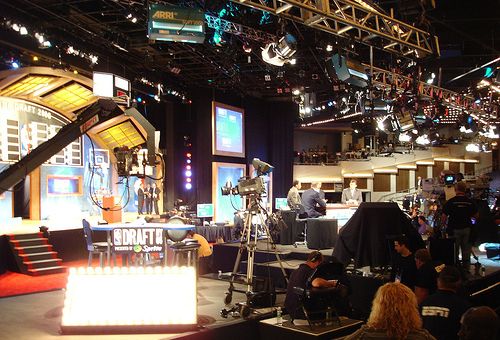 For every professional sports organization, the piecing together of a championship contending roster is one of frustrating length and a monstrous step. It has become more and more common in the NBA for a franchise to go through entire seasons with the intent of finishing as low as possible in their respective divisions, hoping to enter the draft with a top-three pick to select a possible franchise player who can turn luck around and attract fans.

In other words, sometimes if a team wants to be good in a few years, sometimes it has to struggle for the same amount of time. Sometimes involuntarily longer!

No team wants to finish off a season as a 9- or 10-seed, on the cusp of the NBA Playoffs, but without any real chance of success or a high lottery pick. In the Sacramento Kings’ case, this would be the absolute worst place to finish out the 2013-14 season. It’s not to say that the Kings have a legitimate chance of being on the edge of the playoffs, but they simply cannot afford to scrape wins together, because they have to finish as low as possible.

To put it simply, the Kings really need to struggle this year.

The franchise’s only real competition for the worst team in the Western Conference is the Utah Jazz. With how close these two teams are to finishing in last place in the conference, Sacramento needs to get back to its spot as the supreme bottom-dweller to earn itself a potential franchise player in one of the most talented drafts ever.

But how can Sacramento assure its failure now to solidify its success in the future?

Obviously, the Kings aren’t going to go out on the floor on a nightly basis with the intent of blowing every game; the development of players and meshing together of this roster will still be a main goal for Michael Malone’s team every night. But there are a few main points of emphasis this team must keep in mind on a nightly basis to ensure its last place finish.

Keep your best players content
Sacramento has to keep its main pieces happy with the situation and the direction of this franchise. The most important thing the team can and must do is be sure that Isaiah Thomas, Rudy Gay and DeMarcus Cousins understand that the team wants to be a legitimate playoff contender by 2016, and that in order to do so, they have to lose. These three players have to remain in the starting lineup, play their usual minutes and have the full support of Sacramento and an assurance that success will come after the season.

Try to produce valuable players for the trade market
There are a few pieces on this Kings team who are available for development and who can be dealt to bring in some draft picks. The first that comes to mind is Derrick Williams, arguably the most athletic player on this Sacramento roster and a player who has shown flashes of immense capability in transition.

What Malone can do to ensure solid production from Wiliams is insert him into the starting lineup, giving him more minutes and an increased chance to show his skill in transition. Removing Jason Thompson as a starter and inserting Gay or Williams at the four spot could prove to be positive for Williams. He fits in well with rookie Ben McLemore, and the decrease in his minutes since the Toronto trade has hurt his production immensely. He runs well in transition with McLemore and both of these players’ production was increased when Williams was a starter. A restricted free agent in 2015, Derrick Williams could become a highly pursued asset in the trade market, and Sacramento could deal him for a first round pick or a solid player.

Draft wisely
In one of the deepest drafts in the history of the NBA, any top-three pick Sacramento can get its hands on will do the team just fine. There are five potential franchise players for this Kings’ team, all proving in their college careers that they are ready to take the next step into the NBA. The worst case scenario for the Kings entering this draft is to get a solid player who doesn’t turn out to be the next Kobe or Kevin Durant, but is still a valuable asset in the trade market.

The talk of this draft by, well, pretty much everyone, has been Jabari Parker and Andrew Wiggins, two phenoms at the collegiate level, whom many consider to be sure-fire superstars in the NBA. Sacramento needs to gain its next franchise player straight out of this draft. It doesn’t need a trade asset or a work-in-progress player. It needs someone to enter the Kings organization ready to improve the team, and I believe Julius Randle to be this player. A power forward out of Kentucky, Randle has proven to bang in the post and on the boards with the best of them, never lacking ferocity as he attacks the basket. His upside is enormous, and a duo of Randle and DeMarcus Cousins would, without a doubt, create one of the best and most physical tandems in the league.

A piece like Randle, some picks or a player for Derrick Williams and a healthy and happy Thomas, Cousins and Gay could mean a very bright future for this Sacramento Kings organization.

At this point, I don’ t think the Kings have any choice but to strive for last place in the Western Conference to assure themselves a top-three pick. If they can get that and some valuable pieces in the trade market, this team can have a lot to look forward to. If it wants to be good in a few years, this team has to struggle for a few years.

For the sake of future success, let’s hope they do.