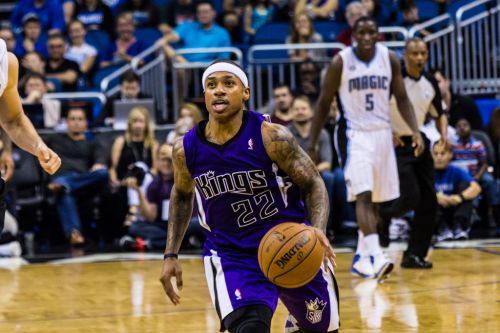 Over the course of their road trip, the Sacramento Kings have made things hard on themselves by turning the ball over and making various other mental errors, but they were afforded a handicap Wednesday: they got to play the Philadelphia 76ers.

Philadelphia entered the game on a 17-game losing streak and Sacramento, which turned the ball over 21 times, provided its opponent with plenty of opportunities to stop their downward spiral. Talent, though, won out in the end and the Kings captured a 115-98 victory.

Wednesday marked the fourth time in five games of their current road swing that the Kings have surrendered 16 or more turnovers. But the 76ers nearly matched the Kings’ carelessness with the basketball, coughing it up 20 times themselves, helping to negate Sacramento’s miscues.

“We didn’t mention (the 76ers’ losing streak) once. Our whole thing was, we’re worried about the Sacramento Kings,” said Malone, who instead reminded his team that it was 1-10 in the last 11 meetings with Philadelphia. “We’ve done a poor job of beating this team. They came into our gym earlier this year and beat us. We wanted to come here and get that win back.”

The 76ers hung tight for the first half, trading baskets and leads with the Kings for much of the opening 24 minutes, but it didn’t last. Philadelphia’s gameplan was clear from the get-go; they continually pushed the ball in transition off of turnovers and rebounds, and it worked for a while. Sacramento closed the first half with momentum and didn’t relent in the third.

Throughout the game the Kings’ offense was almost motionless, dominated by one-on-one plays while the rest of the team looked on from a designated spot on the floor. The stagnation didn’t hurt Sacramento Wednesday, though, as the isolations were successful. The Kings took on oft overmatched defenders and got to the free-throw line 50 times.

Cousins had a slow start – and was even outdueled by Henry Sims for most of the game, who had a career night with 20 points and 10 rebounds – but he gradually wore down Philadelphia defenders in the paint. As the game pressed on, Cousins got better and closer looks at the basket and tallied 19 points and 12 rebounds.

Despite a massive height disadvantage, Isaiah Thomas registered his 39th 20-point game of the season against Michael Carter-Williams. Thomas had a good defensive night against the rookie as well. Whether it was by giving his opponent space or using help to pin him away from the basket, Thomas constantly worked to keep Carter-Williams away from the basket. When Carter-Williams did get chances to drive, his nine-inch height advantage became apparent and shots were easier. But all told, Thomas and company held Carter-Williams to just 13 points and two assists.

Without Gay, though, the outcome may have been different. In a back-and-forth first half, Gay led the Kings’ offense, scoring 18 points in the first two quarters. Gay forced his way to the basket, drawing fouls and getting to the free-throw line in the process, and finished with a game-high 27 points.

Following the game, Malone made an effort to give credit to Derrick Williams as well. Williams started at power forward tonight in what was Sacramento’s 16th different starting lineup of the season. Reggie Evans started against Detroit’s big frontline Tuesday, but Malone said he liked playing Williams against a more athletic frontcourt like Philadelphia’s.

Malone said he’d continue to evaluate his team’s frontcourt heading into the Kings’ next game, when they’ll take on the Chicago Bulls.