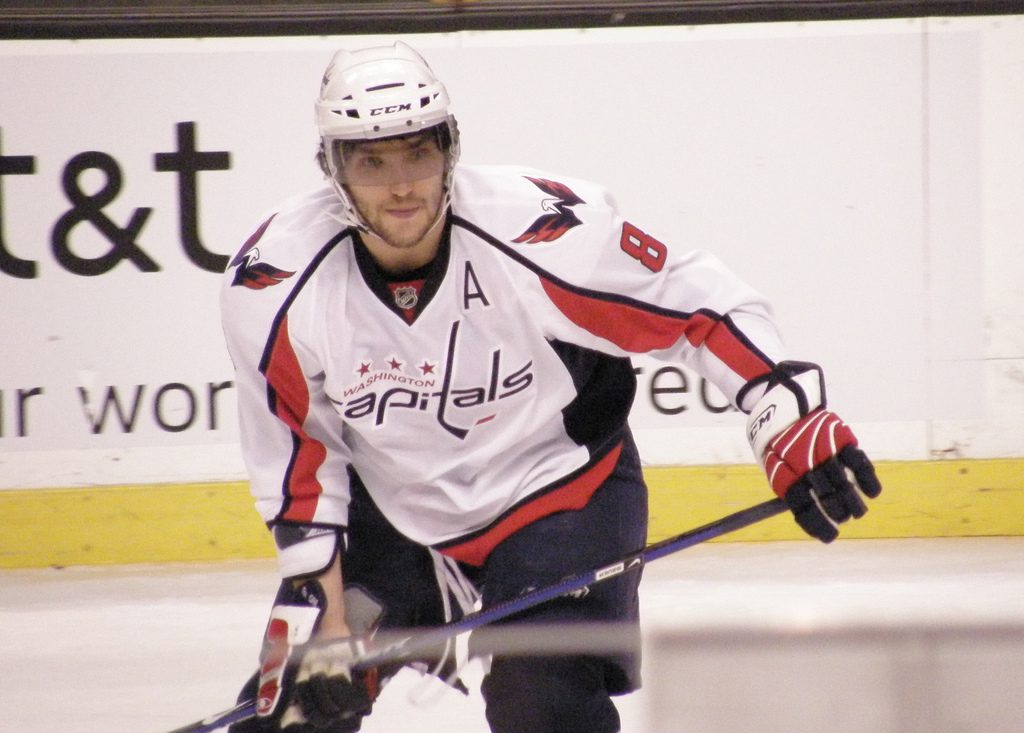 Would someone please tell the Toronto Maple Leafs’ fans to give up now. For those of you not living in the Greater Toronto Area, every September brings the same degree of hype that “this is the year”. This is not the year. The team hasn’t made a significant improvement anywhere and will be mired in mediocrity for the season. They will finish either just in or just out of the playoffs. If just in, the team will get trounced by a superior club in the first round due to a gap in talent and coaching prowess. In short, leave watching the Leafs to the corporate goons that own all of the seasons seats in the building. Take your die-hard fandemonium elsewhere, it’s useless here.

Would someone please tell Alex Ovechkin to quit trying to be a tough guy and score goals? The Great Eight hasn’t played a complete NHL season since 2008 and a lot of that has to do with his new-found obsession with being an enforcer. He’s got the size and the speed to pull it off, but the issue here is that he’s so talented as a goal scorer he’s shortening his career by abusing his body. Ovy, please, just focus on putting the puck in the net and we will all be much happier as hockey fans.

Would someone please tell Patrick Roy to keep up whatever it is he is doing. When Joe Sakic made the move to bring in Patrick Roy as the coach of the Avalanche I was doubtful. The guy is a historic hothead, and former superstar players have never really worked out as coaches (I’m talking to you Wayne Gretzky). But whatever it is that Roy has done is working wonders for the young Avalanche team. They made the playoffs last year and should be back again this season, hopefully with a much deeper run. The West has always been up and down in terms of how competitive teams are, but having one more solid contender in the mix always makes for good hockey.

Would someone please tell Jonathan Quick to let in a couple of goals. He might just be the best goalie in the game, and his effort was nothing short or remarkable in the playoffs last year. Now, in the playoffs I don’t mind seeing a 1–0 thriller, but regular season the fan base wants and needs goals. So Mr. Quick, please, let a few in during the regular season. It makes for a better viewing experience. If nothing else play to your extreme right and make the saves look amazing, we are all paying to watch you play after all.

Would someone please tell Sidney Crosby that he is not Wayne Gretzky. The comparisons were everywhere when this kid joined the league. Aside from “Sid the Kid” the other nickname that was bestowed upon him was “The Next One”, as a reference to Gretzky’s “The Great One”. After nine years in the league Sid has put up 769 points, with his best year tallying 120 points. These are very respectable numbers. The issue here is that Gretzky has 2,857 points for his career. Crosby could play 10 more years, put up 100 points a year and still be over a thousand points from Gretzky. In his best season Gretzky had 215 points, and broke 200 points in four different years. It’s worth while noting that the game has changed, and will continue to change, but in that same breath acknowledge just how much better Wayne was than just about anyone else to ever play the game.

Would someone please tell racist fans to find another sport. The last few years in Boston we have seen a black player of an opposing team be the prime thorn in the side of the Bruins. Joel Ward scored the winning goal to move the Washington Capitals past the Bruins one year, and P.K. Subban was a one man wrecking crew against the B’s last post-season. After each series concluded (and sometimes during) the Twitter-verse was abound with racist comments that disgusted fans of the team, the sport and the league. Hockey does sport a little less diversity than baseball, basketball, or football, but at the end of the day we are here to watch a game and have fun, and to be entertained. I don’t care if the men and women playing the game are black, white, orange or paisley. You can be upset if your team doesn’t win, but you don’t get to be upset with the color of the skin of the player who beats them. That says far more about your own ignorance than it does about anything else.