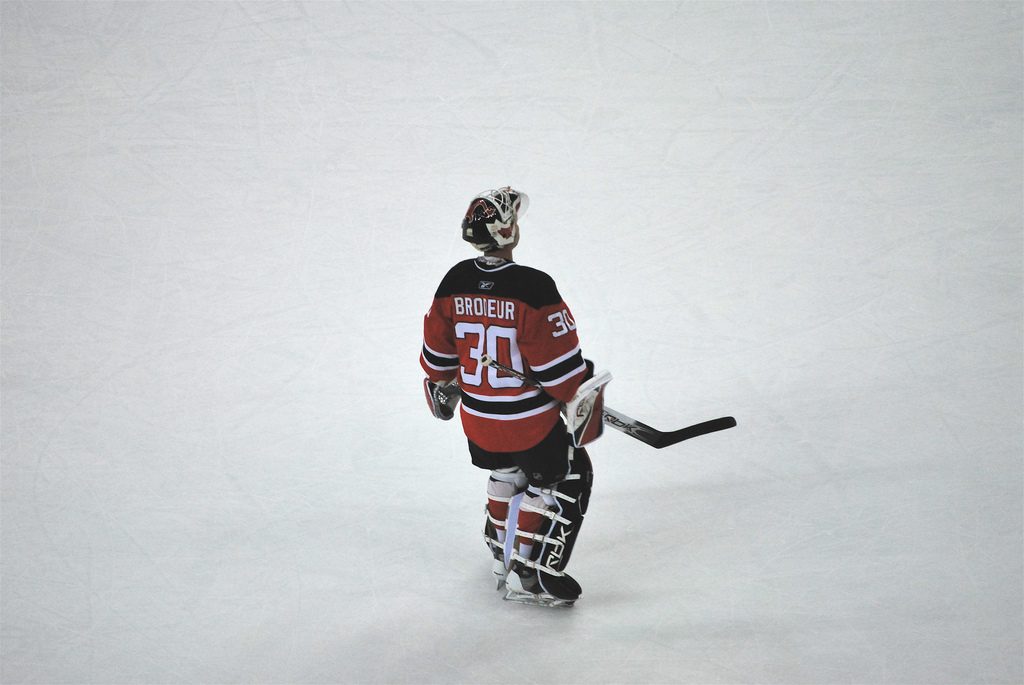 Would someone please tell the Toronto Maple Leafs that the season started a month ago. Also that this is no some kind of reality TV show where you’re trying to get votes to stay on the team. Play like a unit or find a way to allow the team to collectively release each and every one of you and get the entire Canadian Junior squad to come up and play. At least they wouldn’t give up short-handed goals.

Would someone please tell the Philadelphia Flyers that Martin Brodeur is not currently signed to any NHL team. The Flyers seem use more goalies than their fans use obscenities (anyone remember when the Flyers played at the First United, or F.U. Center?). Brodeur is the winningest goaltender of all time. I don’t care that he’s in his late thirties and really only has a year or two left. If you want to have a shot at the cup relegate or cut one of your goalies and put this guy in. He may not win you games, but he won’t loose them either. A competent goaltender isn’t a novel concept; it’s a necessity in the NHL. Speaking of competent goaltenders…

Would someone please tell Jonathan Quick to let in some goals. I did this same bit the last time I did this column before the year began and I wasn’t kidding. Quick sports an insane 1.61 GAA through seven games of play thus far. The fans are paying to see goals and amazing saves, not you standing there and having it all look as easy for you as I am sure it is. At least make it look like it’s difficult, for the sheer enjoyment of the fans.

Would someone please stop calculating the plus/minus for players on the Los Angeles Kings. The top three players in the league are currently Kings, and based on their goaltenders goals against that will not change anytime…ever. It’s a bit like keeping track of rebounds for a seven foot guy playing on a rec league team full of people that are all under six feet. I already know that he’s the league leader, why keep track?

Would someone please convince Gary Bettman to resign as NHL commissioner. When I see a gathering of all the league commissioners Bettman looks like the kid who snuck a seat at the grown-up table. It’s not just his small stature and childish antics that have me feeling this way, but rather the way he doesn’t seem to think about the sports bottom line so much as he does his own plans. Bettman has constantly denied any interest in bringing another franchise into Canada, and has no plans for expansion. With the state of league finances I can understand the second part of that. But with only a handful of teams producing consistent profit margins, and virtually all of them being Canadian teams why would you ignore this? A team in Phoenix, Tampa, and even Atlanta make about as much sense as a competitive Sumo association would in those same cities. Act like a grown up or go back to your seat little boy.

Would someone please tell the Minnesota Wild that an NHL hockey game is three periods long, and not two. The Wild allowed five goals in the third period in a 4–5 loss to the New York Rangers the other night. I’m not saying this is embarrassing, I’m saying the team should rethink everything they do. Something similar happened to the Toronto Maple Leafs a few years ago in the playoffs against the Boston Bruins and they didn’t change anything. See where they are now?! Minnesota, you want that to be you?!