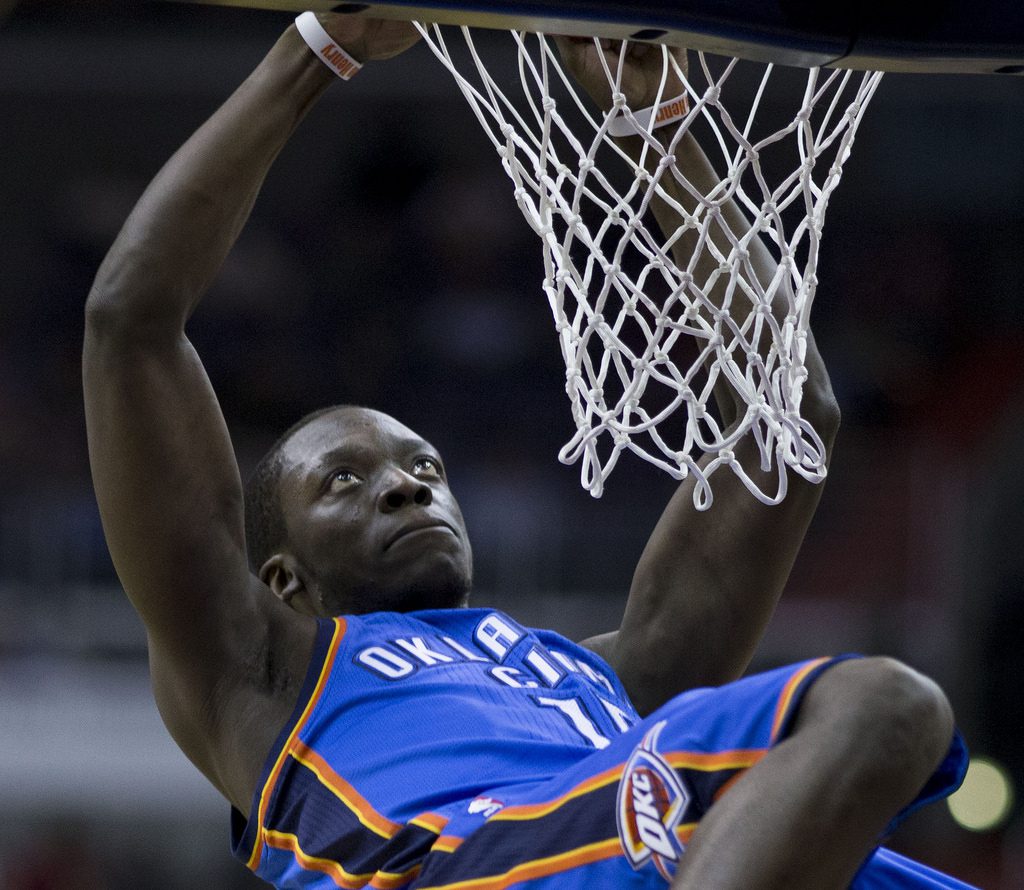 The Sacramento Kings may have been flying a little too high.

After stringing together the best week of basketball in the franchise’s title-less history, the Oklahoma City Thunder handed them their second loss of the season.

The Kings are now back down to earth, and how they respond could define their season.

It’s no secret that shooting has been the Achilles heel of the team in recent years, Ben McLemore and Nik Stauskas were drafted to to help heal those aches.

But in this game against the Thunder, shooting an abysmal 25 percent from beyond the arch let Scott Brooks keep his offensive game plan of shutting down DeMarcus Cousins and allowing space around the perimeter working the entire game. The Kings shooters, predominantly Rudy Gay, who took 6 threes missing all but one. Even when given all the space and time they needed to knock down shots, the Kings simply couldn’t hit them. The history of this team’s rough percentages, however, took the air out of every offensive possession and brought them back to the year 2011, in which the Kings’ offense consisted of Jason Thompson shooting mid-range jumpers and the team hoping that Jimmer Fredette would save the day.

Unfortunately, the efficiency wasn’t there. Sacramento was left with a stagnant offense attempting to fend off an Oklahoma City team playing with more heart than ever as it tries to make up for the detrimental losses of Russell Westbrook and Kevin Durant.

The Thunder simply didn’t allow any open entry passes into Cousins. Sure, the Kings swung the ball on every possession and that almost always resulted in an open man behind the three-point line, but the shots would not fall. It was a disgusting showing from the offense, as Mike Malone couldn’t use any motion or pick and rolls to try and free up Cousins. He got his points (16) by waiting for the ball in the post, but it only reached him on less than half of the possessions. For this team to win against a frontcourt of Serge Ibaka, Nick Collison, and Steven Adams, (pretty good depth at the power forward/center spot), Cousins needs the ball on at least 70 percent of the possessions.

The Thunder balanced their attack by keeping the Kings stagnant in halfcourt sets and took advantage of their advantages. Reggie Jackson had a good battle with Darren Collison, as both had strong performances with Jackson ultimately coming out on top as the game’s most influential guard.

Scott Brooks’ team had a well-balanced offensive approach, with five players reaching double figures and particularly strong showings from Ish Smith and Sebastian Telfair. The only Kings’ guard able to both defend and score at the same pace as Oklahoma City’s guard was Ben McLemore, who had a very impressive performance. He put in a clutch three-pointer to move Sacramento to within three points in the final minute. His 16 points on 4-of-6 from beyond the arch makes it one of his best performance of the season.

The Kings dug themselves too big of a whole to come out of. The last minute brought a basic ending to a close-ish game, with the Kings scoring and fouling on multiple possessions. The Thunder hit their free-throws and pulled out an earned win, to drag Sacramento back into orbit, and into reality.