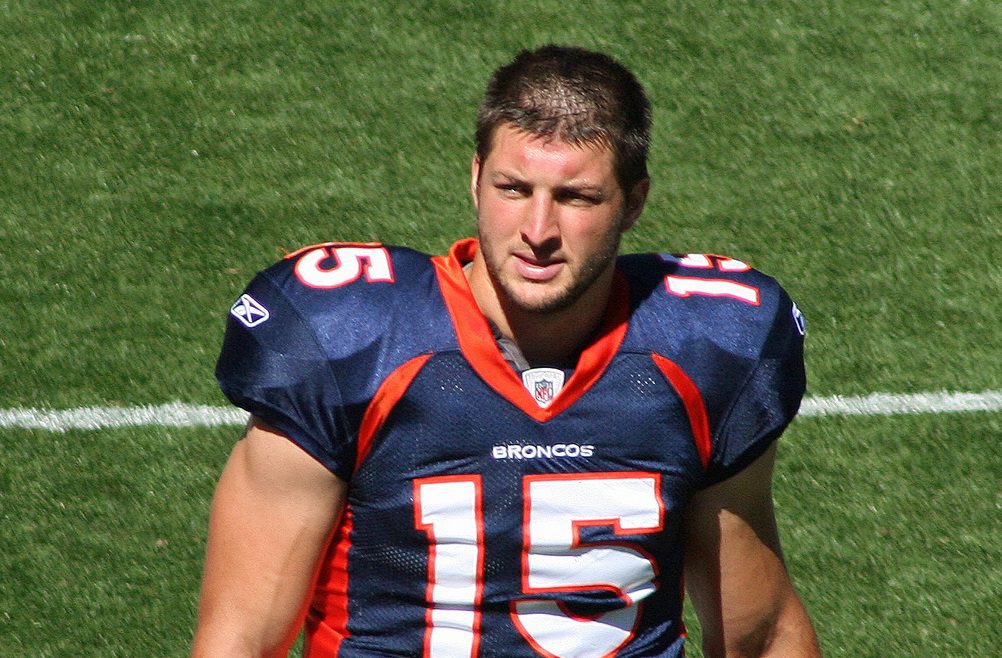 Every year there are a million rumors in all kinds of sports. I thought it might be fun to look back at some NFL Draft rumors to see what some of them were, what actually happened, and what the net result of the decision is today in the NFL. I’m going back a few years to try and capture the ones that had the most impact. Hold on for some names you don’t hear much from anymore.

Result: Sam Bradford has proven (in limited time as a result of constant injuries) that he was and is a more NFL ready quarterback than Tim Tebow. The one big thing that Tebow has that Bradford doesn’t is a playoff win. A lot of that has to do with how much better the Broncos have been than the Rams, but that’s not Bradford’s fault. Tebow being drafted by the Broncos was a result of Jay Cutler leaving, and the team not feeling as though Kyle Orton was up to the task. When Tebow shoved off the good base in Denver it became Peyton Manning‘s landing spot. Keep in mind virtually none of this happens if the Rams don’t draft Bradford. Redo? With the injuries it’s possible the Rams would have taken CB Joe Haden (7th overall by the Cleveland Browns), Earl Thomas (14th overall by Seattle Seahawks), or Ndamukong Suh (2nd overall by the Detroit Lions) with the first overall pick. Dez Bryant (24th overall by the Dallas Cowboys) was another option.

Result: Dallas took on Smith as a bit of a project. He played his first year at right tackle before the team moved him over to left in 2012. Watt had a much more immediate impact, but Smith is really coming into his own as he was only 20 when he was drafted. Both teams got amazing players here. The idea of having Watt play along side DeMarcus Ware is a wet dream for some Cowboy fans, but I’d argue that without Smith I’m not sure Tony Romo is playing at the moment. This was the first of three first-round picks used by Dallas over the last four years on offensive linemen and it is paying off now. Redo? No way Dallas changes their pick. Look over the draft board and you won’t see a lot of Pro Bowl players in that draft period. In particular you won’t see a lot of Pro Bowl left tackles.

Result: The Colts have made the playoffs every year that Luck has been calling the shots, and the Redskins have only been to the postseason once with RG3. There was a great deal of speculation over who the Colts would take, and the Redskins seemed more than happy to take the leftovers either way. The move-up mortgaged the Redskins’ draft for the next few years, but it might have been worth a few more picks to move up one extra spot and ensure Andrew Luck was calling plays in Washington. Currently Luck is viewed as one of the best young QBs in the game and the potential future face of the NFL. RG3 is losing the battle for his starting job as the Redskins troll the waters for someone willing to make a trade for him. Redo? Does a real life Colt eat cancer and crap rainbows? The answer is no!

Result: The Geno Smith pick was the big rumor before newly hired head coach Andy Reid traded a second-round pick for Alex Smith. Geno was still a hot topic with the first overall pick, but Reid opted to go for the “less likely to blow up in my face” choice of Fisher. Fisher by no means has been a superstar, but he also hasn’t been a waste of a player either. He is a dependable starter that is still learning things in his second year. Smith on the other hand has been replaced more often than air fresheners in New York taxis. Redo? Well the Chiefs certainly wouldn’t want Geno Smith, but they might opt to take someone else with first overall pick. Perhaps they’d have even opted for a guy many thought could have gone in the third round, but the Dallas Cowboys took him in the first.

2013 – Rumor: Dallas Cowboys to select anyone on defense with 18th overall pick.

Result: I didn’t want you to think this was all about first-round picks. Dallas was coming off another 8-8 season and the defense was the main concern going into the 2014. There was a lot of speculation that the team would either trade up in an attempt to get a difference maker, or trade down to gain another pick and add some depth. When the team traded down the collective fan base of the Cowboys groaned. When they drafted a center they all scratched their heads. The pundits laughed and claimed that Fredrick could have been acquired in the third round, and that the pick was a waste. As DeMarco Murray closes in on 2,000 yards this season, who is laughing now? Redo? Maybe Dallas would have pushed their luck and tried to get Fredrick in the second or third round, but you can’t argue with the result.

2014 – Rumor: Dallas Cowboys to trade up in draft to acquire Johnny Manziel.

Result: It hasn’t even been a full season, so it might be a little early to call this one an absolute home run for the Cowboys, but Johnny Football hasn’t been able to beat out Brian Hoyer for the starting job in Cleveland yet, and Martin is a big part of the best rushing team in the NFL. Feel free to draw your own conclusions there. Redo? In my mind there are only two players vying for the rookie of the year award: Zack Martin and Sammy Watkins. I said in an article at the mid-season point that Watkins will likely win the award, as his stats are more tangible, but that Martin deserved the award more. I stand by that statement.

Result: Did you see “The Grab”? Beckham is playing so well that people are suggesting the Giants might trade away Victor Cruz. Cruz is arguably the best player on the team. Redo? If you wanted to look at just this season the team might opt to find a defensive player or offensive linemen to help the team win now. If you want to talk future seasons, promise, and potential, then this team holds on to Beckham the way Beckham held on to the ball during his amazing catch. The only knock on Odell is his relatively small size, and injury risk as a result (he did miss time at the beginning of the year). But with the new rules surrounding player safety I get the feeling he’s got a long career ahead of him.