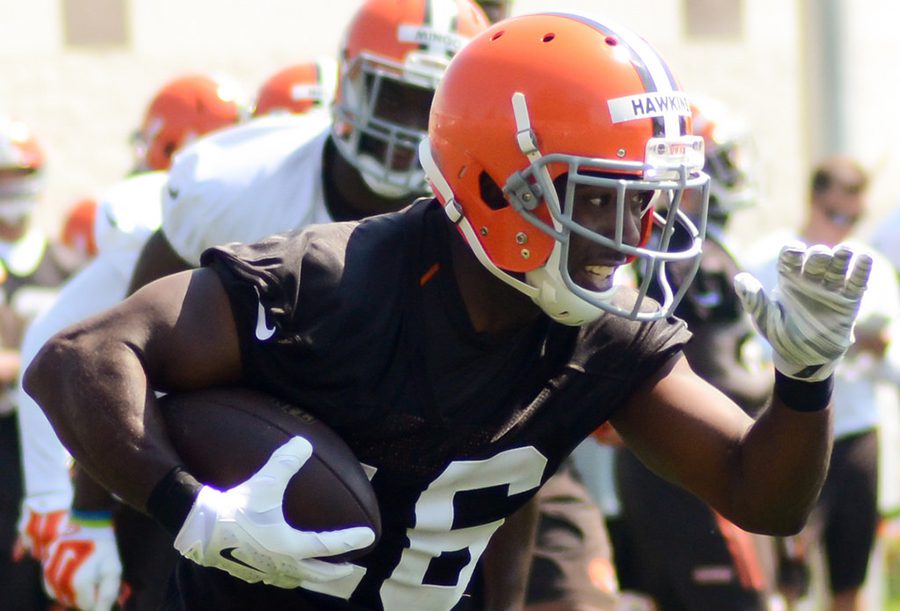 This past Sunday, before the Cleveland Browns and Cincinnati Bengals game, Browns WR Andrew Hawkins wore a t-shirt on the field that drew the ire of the Cleveland police and the ubiquitous critics that find umbrage with any notion related to protest, ironically bashing Hawkins’ free speech right, the very same one they utilize in their critiques. Hawkins’ shirt said the following: “Justice for Tamir Rice – John Crawford” on the front and “The Real Battle of Ohio” on the back. The Cleveland Police Union asked for an apology. Hawkins replied saying, “A call for justice shouldn’t offend or disrespect anybody. A call for justice shouldn’t warrant an apology.”

Hawkins gathered the media on Monday and explain, unnecessarily, further.

To clarify, I utterly respect and appreciate every police officer that protects and serves all of us with honesty, integrity and the right way. And I don’t think those kind of officers should be offended by what I did. My mom taught me my entire life to respect law enforcement. I have family, close friends that are incredible police officers and I tell them all the time how they are much braver than me for it. So my wearing a T-shirt wasn’t a stance against every police officer or every police department. My wearing the T-shirt was a stance against wrong individuals doing the wrong thing for the wrong reasons to innocent people.

Being a police officer takes bravery. And I understand that they’re put in difficult positions and have to make those snap decisions. As a football player, I know a little bit about snap decisions, obviously on an extremely lesser and non-comparative scale, because when a police officer makes a snap decision, it’s literally a matter of life and death. That’s a hard situation to be in. But if the wrong decision is made, based on pre-conceived notions or the wrong motives, I believe there should be consequence. Because without consequence, naturally the magnitude of the snap decisions is lessened, whether consciously or unconsciously.

I’m not an activist, in any way, shape or form. Ninety-nine times out of a hundred I keep my opinions to myself on most matters. I worked extremely hard to build and keep my reputation especially here in Ohio, and by most accounts I’ve done a solid job of decently building a good name. Before I made the decision to wear the T-shirt, I understood I was putting that reputation in jeopardy to some of those people who wouldn’t necessarily agree with my perspective. I understood there was going to be backlash, and that scared me, honestly. But deep down I felt like it was the right thing to do. If I was to run away from what I felt in my soul was the right thing to do, that would make me a coward, and I can’t live with that. God wouldn’t be able to put me where I am today, as far as I’ve come in life, if I was a coward.

As you well know, and it’s well documented, I have a 2-year-old little boy. The same 2-year-old little boy that everyone said was cute when I jokingly threw him out of the house earlier this year. That little boy is my entire world. And the No. 1 reason for me wearing the T-shirt was the thought of what happened to Tamir Rice happening to my little Austin scares the living hell out of me. And my heart was broken for the parents of Tamir and John Crawford knowing they had to live that nightmare of a reality.

So, like I said, I made the conscious decision to wear the T-shirt. I felt like my heart was in the right place. I’m at peace with it and those that disagree with me, this is America, everyone has the right to their first amendment rights. Those who support me, I appreciate your support. But at the same time, support the causes and the people and the injustices that you feel strongly about. Stand up for them. Speak up for them. No matter what it is because that’s what America’s about and that’s what this country was founded on.”

Tell me, how can you not respect this man and his beliefs regarding this particular situation?