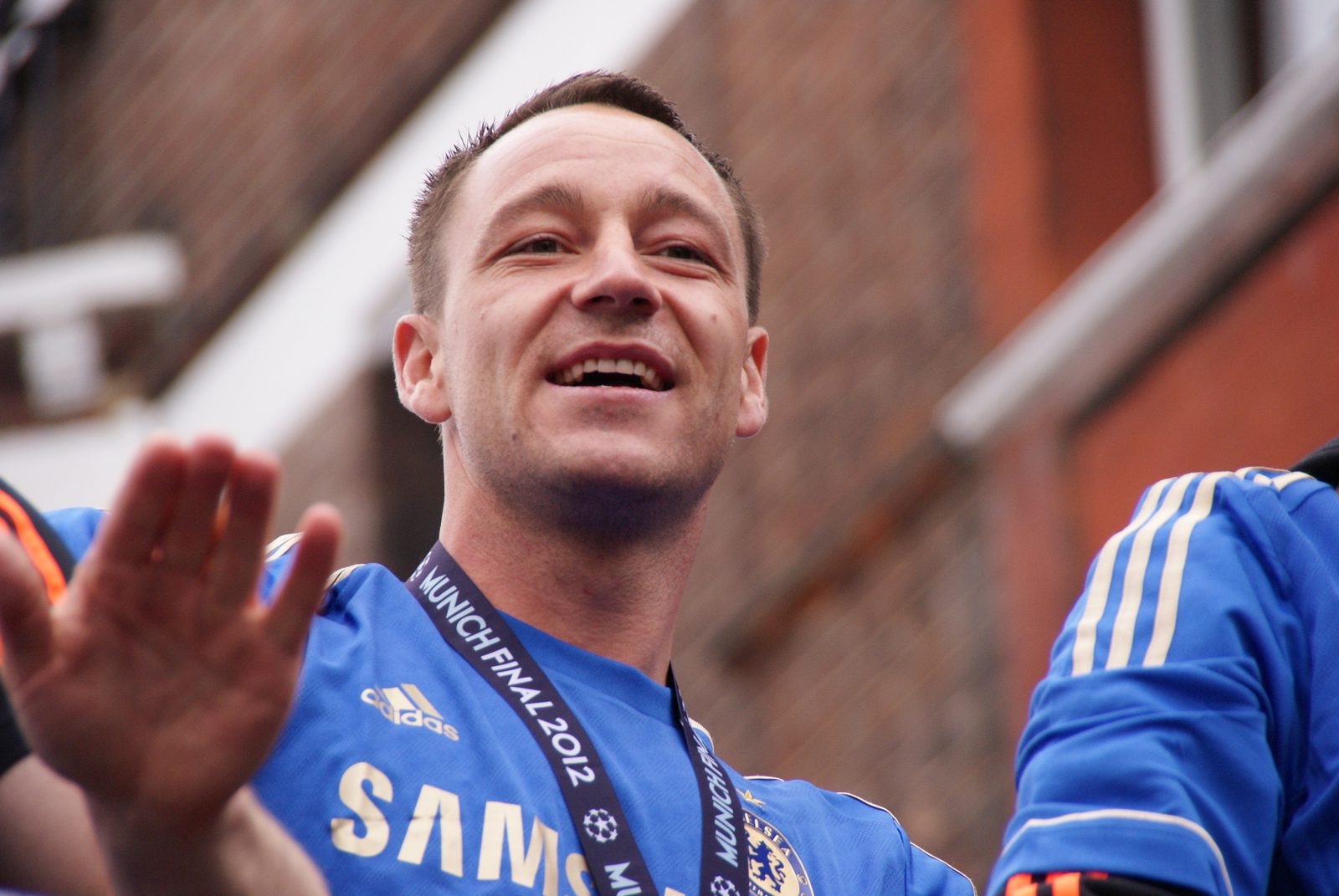 Last-gasp goals, two red-cards, and a five-goal thriller. Check out this and much more from gameweek 17 of the Premier League with this weeks edition of the Barclays Premier League Capsule:

The Sky Blues scored three goals in the second-half to beat visitors Crystal Palace, and keep the pressure on league-leaders Chelsea. After making his come-back from injury in the last game-week, David Silva scored two goals to help stretch City’s winning run to six consecutive games. Crystal Palace put everyone behind the ball to defend, but the dead-lock was eventually broken when Pablo Zabaleta found space and squared it to the on-rushing Silva to slot home. The goal opened the game up a bit more, and the second eventually came, Silva the goal-scorer again. City looked comfortable, and found a third with less than 10 minutes remaining in the match, when Yaya Toure hammered a shot off the post and into the net. The victory means Man City remain second, three points behind Chelsea. Palace, on the other hand, escape the drop zone only on goal-difference—they sit 17th.

David Silva (Man City) – is back from injury, and back amongst the goals. Silva was influential and clinical throughout the match. City will be glad he’s back after their recent injury concerns.

Man United had a chance to make it seven wins in-a-row, but had to come from behind and settle for a draw. Aston Villa opened the scoring when Christian Benteke scored just before the 20-minute mark—his second of the season. However, Radamel Falcao, back from injury, scored a header to equalise for United. Villa striker, Gabriel Agbonlahor was sent off after his challenge on Ashley Young, but United couldn’t capitalise, as Villa held on for a draw. The draw means United stay in third, but are now 10 points behind leaders Chelsea. Villa, who have picked up eight points in their last five matches, move to 12th.

Radamel Falcao (Man United) – now has two goals in his four starts for his club. He will be delighted with his goal after making his return to the pitch from the injury room.

Christian Benteke (Villa) – is slowly looking like the clinical player he was for the past two seasons. Like Falcao, Benteke now has two goals in his last four starts.

The Tigers couldn’t escape the bottom three after they conceded defeat once again at home. Swansea were matched by their opponents in the first-half, but took the lead with a bit of fortune. Midfielder, Jonjo Shelvey’s strike from distance hit Ki Sung-Yeung before finding the back of the net. Hull manager, Steve Bruce admitted after the match that his side deserved “nothing” after a poor display in the second-half. Swansea could have had a couple more goals, but weren’t clinical enough. The Swans move to eighth-place, while Hull remain in the relegation zone—second from bottom.

Ki Sung-Yeung (Swansea) – was perhaps lucky that Shelvey’s shot hit him before finding the net, but his work-rate and influence was immense. The defender worked hard to keep his team from conceding, and now has two clean-sheets and two goals in his last four matches.

QPR move two-points clear of the relegation zone after they came back from a two-goal deficit to beat a West Brom side who only have two wins in their last 10 matches. They are now 15th, level on points with QPR. The Baggies got off to a good start and were two goals up after 20-minutes. Stéphane Sessègnon provided the assist for both Joleon Lescott and Silvestre Varela to score. But QPR were awarded a life-line when the referee pointed to the spot after Leroy Fer was brought down by James Morrison in the box. In-form Charlie Austin stepped up to reduce the deficit before the half-time whistle. QPR equalised moments after the start of the second-half, and it was Austin again. With six-minutes left, Austin completed his hat-trick to give QPR the victory

Charlie Austin (QPR) – is in blistering form, and deserved his first Premier League hat-trick. He is now third in the goal-scoring charts, with 11 goals.

Stéphane Sessègnon (West Brom) – moved the ball well to create chances, particularly for his team’s second goal where he played a one-two pass before Varela scored. Tested Robert Green in the QPR goal late on, but couldn’t help his team avoid defeat.

The Saints snap their four-game losing run after they beat an out-of-sorts Everton side at the St. Mary’s Stadium. Southampton took the lead after opposition striker, Romelu Lukaku headed into his own net. Everton were lucky not to give away a penalty when Shane Long was fouled in the box, but eventually conceded a goal shortly afterwards. Graziano Pelle scored his eighth of the season with a close-range effort to make it 2-0 before Maya Yoshida added a third with less than 10 minutes of the match remaining. The win keeps Southampton in contention for a top-four spot, they are fifth-place, two points away from fourth. Everton, meanwhile, seem stuck in mid-table and drop to 11th.

Graziano Pelle (Southampton) – has now scored two goals in his last three games, and will be hoping to find his rhythm again after previously going six games without a goal.

Tottenham record back-to-back wins after they beat Burnley, who drop back into the relegation zone. The Spurs took the lead through striker Harry Kane, who headed home Nacer Chadli’s cross. They were pegged back almost immediately when Burnley forward, Ashley Barnes equalised with a brilliant 25-yard strike. Tottenham didn’t let their heads drop, and were rewarded eight minutes later when Erik Lamela sent a curling effort past the Burnley goalkeeper to restore his teams lead. Burnley couldn’t find an equaliser and, as a result, Tottenham held on for the three-points. The Spurs remain in seventh-place, five points away from the top-four.

Erik Lamela (Spurs) – cost the club £30-million when he signed in the summer, and finally scored his first Premier League goal, which proved to be the winner. Lamela will be hoping to add a few more before the end of the season.

Ashley Barnes (Burnley) – produced a wonderful strike from 25-yards out to get his team back in the game. The striker has now scored in back-to-back games and will be hoping to add to his tally of three goals.

The Hammers continue to stun their critics as they solidify their position in the top-four. Former Liverpool and Newcastle striker, Andy Carroll opened the scoring with his third of the season. Carroll has been in top form since his return from injury, and has now netted three goals in his last three starts. Carroll pounced on a poor back-pass to give West Ham the half-time lead. Leicester offered very little going forward, and West Ham eventually found a second, this time through Stewart Downing’s curling effort. West Ham record their seventh-consecutive home win, while Leicester’s win-less run stretches to 12 matches—they remain bottom of the league.

Stewart Downing (West Ham) – has been in great form recently, and now has two goals in his last two matches. West Ham are fourth-place thanks to his efforts this season, no doubt.

Adam Johnson scored a last-gasp winner to give Sunderland all three points in a heated Tyne-Wear derby. Newcastle could have taken the lead in the first-half, but Sunderland goalkeeper, Costel Pantilimon was equal to their efforts, making seven saves by the end of the match. Although Sunderland didn’t create much, they took advantage of one final counter-attack, and go on to record a fourth-straight victory against their rivals. Adam Johnson, who has now scored three goals in his previous three matches against Newcastle, struck the winner late in the game. It will be a hard defeat to take, but manager Alan Pardew will be hoping his players move-on from it quickly. Sunderland are now 14th, and four points away from the drop-zone. Newcastle, meanwhile, continue to drop and are now ninth-place.

Ayoze Perez (Newcastle) – had his team’s best chances in the first-half, but couldn’t find the back of the net as he watched the goalkeeper save both his efforts.

Adam Johnson (Sunderland) – had missed from eight-yards out earlier in the match, but he was clinical with his finish to give his team another memorable win against their rivals.

Liverpool equalized late in the match to salvage a deserved point against Arsenal. Philippe Coutinho scored on the stroke of half-time to give his team the lead, but Arsenal defender, Mathieu Debuchy equalised immediately to make sure both teams went into the break on level terms. Liverpool dominated possession, and looked the more likely to score, but it was Arsenal who took the lead when Olivier Giroud slotted home a Santi Cazorla cross. Liverpool were reduced to 10-men when striker, Fabio Borini was sent off within seconds after he received his first booking. But despite Liverpool’s disadvantage, they found the equaliser deep in stoppage time. Defender Martin Skrtel rose highest to meet Adam Lallana’s corner and snatch a valuable point for his team. Liverpool move to 10th while Arsenal remain 6th, four-points from the top-four.

Martin Skrtel (Liverpool) – was at fault for Arsenal’s first goal, but he showed his commitment and determination to score the equaliser very late in the match.

Santi Cazorla (Arsenal) – has scored three goals and provided one assist in his last three starts for Arsenal.

The league-leaders restored their three-point advantage at the top of the table after a hard-fought victory against Stoke City. Chelsea were level on points with Man City before kick-off, but the victory re-opened the gap between the clubs. Chelsea Captain, John Terry gave the Blues an early lead when he headed in a Cesc Fabregas corner after only 90 seconds of play. Despite their pressure, Chelsea couldn’t find a second goal, and Stoke almost equalised but for a save from Thibaut Courtois in net. It wasn’t until the second half where Chelsea finally capitalised on their dominance. Cesc Fabregas’ scruffy shot gave the Blues a two-goal lead, and eventually the three-points. Chelsea have gone on to win the Premier League title on three of the last four occasions that they were top of the table before Christmas. If they can repeat their performances in the second half of the season, then they may very likely go on to lift the crown come May.

Cesc Fabregas (Chelsea) – is arguably Chelsea’s player of the season. The Spaniard has provided 12 assists in 17 matches so far. The former Barcelona man also notched his second of the season after he showed good perseverance and determination to score. Chelsea fans will be hoping he stays injury-free as we are now approaching the business-end of the season.