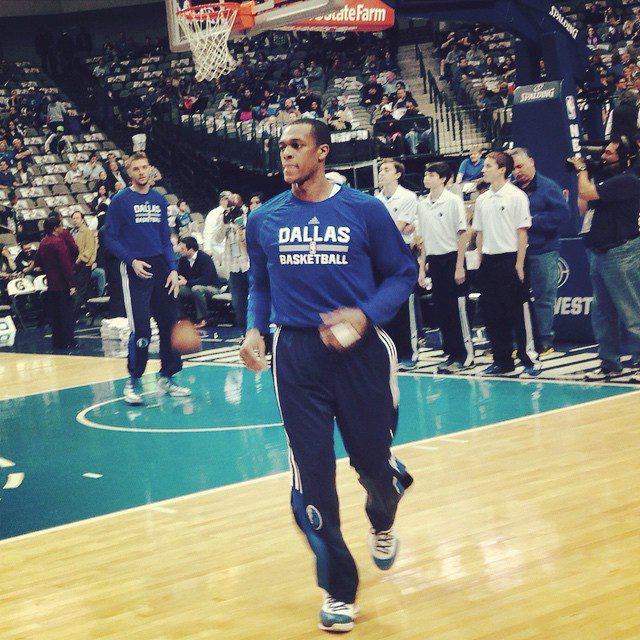 The trade of Rajon Rondo has a huge effect not only for his career, but for the Dallas Mavericks and Boston Celtics as well. He immediately made the Mavs a strong NBA title contender while leaving the Celtics at the start of “rebuilding from the bottom”, again. It’s a good trade for the 28-year-old point guard simply because he is now with a team who has a legitimate shot at the championship.

But what will it mean for his stats and numbers and will he still be an elite fantasy basketball asset in the Western Conference?

The Mavericks and the Celtics are two very different teams. Aside from playing at different conferences, they differ in terms of how they run their offense. The Celtics offense revolves mainly around Rondo. The Mavs offense on the other hand, revolves around several players, mainly Dirk Nowitzki, Monta Ellis, and Chandler Parsons.

Rondo’s role with the Mavs will be that of a facilitator on offense and that suits his overall game just fine. With more passing and less shooting, we could see a bit of negative effect on his scoring stats. But, his scoring can’t go lower than the 8.4 points per game he is averaging now, can it?

Here are some more fantasy implications or effects of the Rajon Rondo blockbuster deal.

Marcus Smart will play more minutes now that Rondo is gone. Although veteran Jameer Nelson is also at their  disposal, It looks as though Brad Stevens has Smart penciled in as the team’s primary point guard. Nelson will serve as his backup and not much else. We can expect an overall uptick for Smart across the board with the estended minutes as the season progresses.

Dirk Nowitzki, Monta Ellis, and Chandler Parsons should theoretically see better, and more open looks at the basket with Rondo at their side. Expect Rondo to find every open and willing shooter the Mavericks can put on the floor along side him.

With the Celtics in full-blown rebuild mode, Jameer Nelson won’t see close to the minutes he was playing in Dallas. He should see steady backup minutes and it would take an injury to Smart for him to have any fantasy relevance this season, but with as poor as he was playing for the Mavericks, that might not even help.

Brandan Wright was having a great season in limited minutes for Dallas, but might have a hard time finding his role and rhythm with the Celtics. With Boston’s frontcourt already jammed up, he will see even less playing time than usual. Boston’s frontcourt mainstays of Tyler Zeller, Kelly Olynyk, Jared Sullinger, and Brandon Bass have had the tendency to alternate good games between the group. The addition of Wright muddies the waters even more. Look for Olynyk and Sullinger to be best fantasy plays out of the group when the dust clears, but even that is dependent on what, if any, other moves the Celtics decide to make.