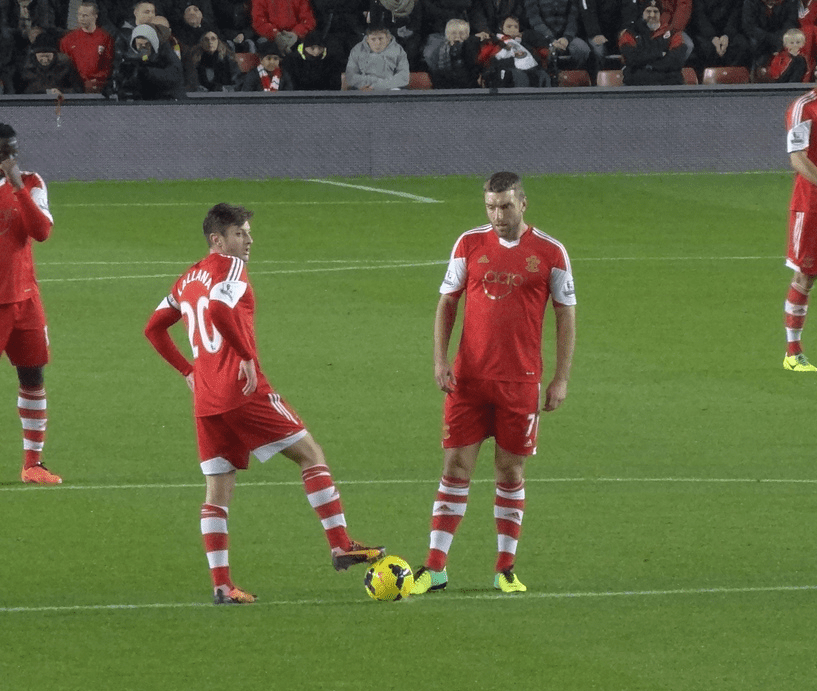 Manchester City fail to close the gap on leaders Chelsea, two five-goal thrillers, and much more after an exciting Gameweek 19 of the Barclays Premier League.

It proved to be a game of goalkeepers as neither team was able to break the dead-lock. Tottenham came into the game undefeated in their last five Premier League matches, while United extend their unbeaten run in the league to nine games now. It was a close game, with Tottenham creating more goal-scoring chances, but neither team could beat their opponents’ goalkeepers, as both Hugo Lloris and David de Gea were in form for their teams. United remain in the top three, while Spurs stay in seventh place.

Hugo Lloris (Tottenham) – made five saves to deny United, most notably, a flying dive to push away an Ashley Young curler. He keeps his fifth clean-sheet of the season but will be hoping to match his previous season’s total of 14 clean-sheets.

David de Gea (Man United) – has played every minute of the season so far, and was unbeatable, making four saves.

Chelsea had to come back from behind to snatch a point against an in-form Saints team. Southampton were dominant early on in the match, and eventually took the lead after Sadio Mane exposed John Terry, and chipped the ball over the stampeding Thibaut Courtois. Southampton looked in control, and it wasn’t until first-half stoppage time when Chelsea found the equaliser with their first shot of the match. Eden Hazard dribbled into the box, after collecting a pass from Cesc Fabregas, danced around two Southampton defenders and sent the ball into the bottom right corner of the net. The second-half was dominated by Chelsea—and they will argue that they should have had a penalty after Fabregas was wrongly booked for simulation—but they couldn’t find the winning goal. Chelsea end 2014 top of the Premier League table, while Southampton remain in the top-four.

Sadio Mane (Southampton) – scored his second consecutive goal and was a threat, unsettling the Chelsea defenders in the first-half.

Eden Hazard (Chelsea) – has scored a goal or assisted in his last four Premier League matches. He scored his seventh of the season and posed a threat throughout the match.

Sunderland record their 11th draw of the season after their goalless draw with 10-man Villa. Early in the second-half, Villa had Fabian Delph sent off for a challenge on Sunderland’s Jordi Gomez. But, despite their man-advantage, Sunderland couldn’t find a way past the Villa defense. Aston Villa have only won twice in their last 10 Premier League matches, and they sit in 13th place one point above Sunderland who are 14th place.

Ron Vlaar (Villa) – made some crucial defensive tackles, notably a tackle to deny Connor Wickham a break-away opportunity on goal, and almost scored after his header was saved by the Sunderland goalkeeper. Four of Villa’s six clean-sheets have come with him in the line-up.

Jordi Gomez (Sunderland) – hit the post with a long-range shot, which was the closet his team came to a goal.

Leicester put an end to their 13-match win-less run after they bagged all three points away to Hull. Algerian winger, Riyad Mahrez gave Leicester the lead just after the half-hour mark. Mahrez’ strike was his second Premier League goal of the season, and his fifth in all competitions. Hull City couldn’t force an equaliser late on when Leicester were reduced to 10-men after Paul Konchesky was sent off for a second-yellow card. Hull eventually had a man of their own sent off when Stephen Quinn was shown a straight red for a hand-ball. Leicester remain bottom of the table, despite their win, with Hull escaping relegation on goal-difference.

Riyad Mahrez (Leicester) – provided the winning goal that all fans, players, and staff were waiting anxiously for. The celebration with his manager displayed how important that goal was for his team.

Man City threw away a two-goal lead to draw at home to Burnley. The Citizens started very well, and were 2-0 up in the first-half. Spanish international, David Silva scored the opener after just twenty-minutes when he tucked in a Jesus Navas cut-back. City were without the influential Yaya Toure, but midfielder Fernandinho looked to fill the role when he curled in a magnificent shot off the cross-bar and into the net. After the half, City’s lead was halved after Burnley defender George Boyd found space between the City defenders to slide the ball past a helpless Joe Hart. Cries for offside were ignored. Burnley held firm and continued to counter, eventually finding the equaliser late in the match when Ashley Barnes fired in a rocket beyond Hart. Burnley remain in the bottom-three only on goal-difference; City remain chasing the title, three points behind leaders Chelsea.

Fernandinho (Man City) – scored his first Premier League goal for City with a sensational effort. There was pressure on him to perform at his best after Toure was unavailable through illness, and he put in a decent performance.

Ashley Barnes (Burnley) – has now scored three goals in his last four appearances for his club with his strike, that sent the fans and players in jubilation, ending their recent run of two straight Premier League defeats.

Keith Millen’s first game in charge as care-taker manager of Crystal Palace following Neil Warnock’s sacking on Saturday ends in a goal-less draw. Warnock was fired after his team’s 1-3 loss to Southampton on Boxing Day. He leaves his post after five months in charge at Selhurst Park. QPR enjoyed most of the possession during the match, but it was Palace who came the closest to scoring when Jason Puncheon hit the post in the first-half. Queens Park are denied a fourth straight home victory, but move up to 15th place. Crystal Palace, meanwhile, remain in the relegation zone in 18th place.

Robert Green (QPR) – has been one of Queens Park’s most consistent players this season making a total of 67 saves, keeping four clean-sheets. He was on top of his game today and did well to deny Puncheon a winner late on.

Jason Puncheon (Palace) – was unlucky not to score after his curling effort hit the post in the first-half, and had shot blocked by Green late in the match.

West Brom decide to sack their manager, Alan Irvine, after their loss to Stoke. Irvine was given the job in June, but now leaves after seven months. The club currently sit in 16th place with only four wins, and a third consecutive defeat. Stoke City, meanwhile, collect back-to-back wins for this first time this season, and have only lost once in their last five picking up three wins. Both goals came in the second-half courtesy of Mame Biram Diouf. His first was a clinical shot from an Erik Pieters cross, and the second deflected off of him from Marko Arnautovic’s effort. West Brom had come close to equalizing, hitting the post, before Stoke’s second. Stoke City close the gap on the top 10 to just one point—they sit 11th place.

Mame Biram Diouf (Stoke) – scored a brace to take his tally to six Premier League goals for the season. He will be hoping to hit double-digits in the New Year.

Arsenal move to fifth place after their victory away to West Ham. The Gunners were awarded a penalty late in the first-half when Santi Cazorla was brought down in the box. The Spaniard stepped up and converted his spot-kick to give his team the lead. Shortly afterwards, Alex Oxlade-Chamberlain sent a ball into the path of Danny Welbeck, who slotted home for his fourth Premier League goal since joining from Man United. West Ham came out stronger in the second-half, and found a goal shortly after the break through Cheikhou Kouyate’s header. However, Arsenal remained focused and held on for the victory. West Ham drop to sixth place after two consecutive defeats.

Cheikhou Kouyate (West Ham) – gave his side a glimmer of hope after he thumped in a header for his first goal of the season.

Santi Cazorla (Arsenal) – now has four goals in his last five matches. He was the victim of a high-boot and took his resulting penalty with confidence. He has stepped up recently and looks to be a key player as Arsenal push forward into the second-half of the season.

Everton’s misery continues as they lose their third-consecutive game in the Premier League after taking an early lead. Newcastle, on the other hand, end their own three-game losing streak. Arouna Kone, making his first start of the season after his return from injury, gave Everton the lead after just five minutes, but Papiss Cisse scored the equaliser to send the teams into the break level. Shortly after the restart, Ayoze Perez scored after being set-up by Cheik Tiote before jack Colback added a third—the goal was his first for Newcastle since joining from rivals Sunderland. Kevin Mirallas scored late to ensure a nervy-finish, but Newcastle held on for all three points. The win leaves Newcastle in 10th place, while Everton sit 12th place with one win in their last five matches.

Papiss Cisse (Newcastle) – scored his fifth goal in six matches after he netted clinically from 18-yards out. The striker has been in fine-form, but may miss the first three matches of 2015 due to suspension after his elbow on Everton’s Seamus Coleman.

The Reds end 2014 with a convincing victory over Swansea. Liverpool took the lead after defender Alberto Moreno slotted home Jordan Henderson’s pass. Liverpool doubled their lead after the restart, albeit fortuitously, when goalkeeper Lukas Fabianski’s clearance deflected off Adam Lallana and into the net. Swansea responded immediately when Gylfi Sigurdsson sent a strike past Simon Mignolet. However, Lallana restored Liverpool’s two-goal lead after a mazy-run past the Swansea defense moments later. Former Liverpool midfielder, Jonjo Shelvey scored an own-goal with his head to finish the game off and guarantee Liverpool the win. Swansea hit the post late on, but it didn’t matter as they end 2014 with a loss. Liverpool close-in on the top-four, and are now five points away. Swansea, meanwhile, continue their dip in form, and are now in ninth place.

Adam Lallana (Liverpool) – was in the right place at the right time for his first goal, and showed great pace and dribbling ability to finish his second. He looks to be finding his form at the right time, and will be looking to build on his performance.