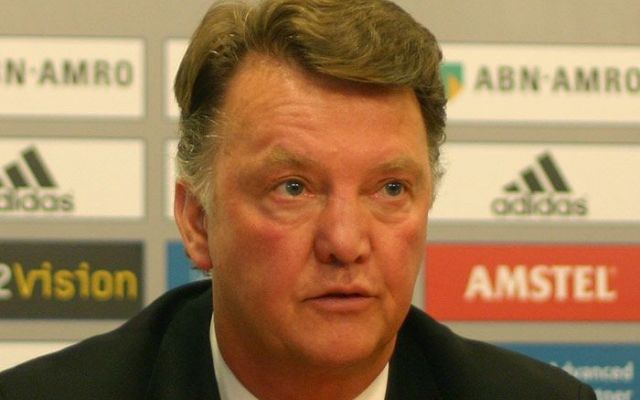 The title-race takes another twist, the clash for fourth-spot continues, and the relegation-battle is well underway. Catch all the review, news, and opinion of gameweek 21 action in the Premier League with the Barclays Premier League Capsule:

The Black Cats lose back-to-back Premier League games for the second time this season, finishing the game with 10-men. Liverpool scored inside the first 10 minutes of the match, midfielder Lazar Markovic scoring his first Premier League goal. Markovic should have had another, but he watched agonisingly as his sweetly-struck volley hit the crossbar. Sunderland failed to record a single shot on target the entire match, and had a player sent off when Liam Bridcutt received a second yellow-card early in the second-half. The win moves Liverpool up the table into eighth place. Sunderland remain loitering around the drop-zone, they sit 16th place, one point above the relegation zone.

Costel Pantilimon (Sunderland) – made three saves to take his tally for the season to 51, keeping his team in the game. The former Manchester City goalkeeper has kept five clean-sheets since making his debut against Crystal Palace in November.

Lazar Markovic (Liverpool) – has only made five starts this entire season, completing the full 90 minutes on two occasions. He looked lively today, and took his goal well. If he can keep his performances consistent, he’ll definitely add to his 512 minutes this season.

The Clarets climb out of the relegation zone after their victory over fellow strugglers Queens Park. Burnley took the lead in the first-half after a great solo effort by Scott Arfield, who dribbled past three players before firing the ball into the net. Queens Park got back into the game when striker Charlie Austin was brought down inside the box by Dean Marney. The former Burnley Player, who scored 41 goals in 69 league starts for the club, thumped in his spot-kick to level the score. Burnley responded immediately when a high lob found Danny Ings, who controlled before he coolly put the ball past Robert Green in net. Burnley held on for the victory and are now one point above relegation in 17th place. QPR, meanwhile, set a new Premier League record for losing their first 10 away games. As a result, they fall into the relegation zone in 19th place.

Danny Ings (Burnley) – has been in inspired form lately scoring in consecutive matches. He now has six goals in 18 appearances this season.

Charlie Austin (QPR) – struck the post before he was fouled in the box. The striker now has 13 Premier League goals this season.

Chelsea regain their lead in the race for the Premier League title with an unconvincing win over a motivated Newcastle side. Newcastle looked to pile more misery on Chelsea, who were looking to bounce back after their heavy defeat to Tottenham last gameweek. The best chance in the first-half fell to Newcastle’s Moussa Sissoko, who beat John Terry only to strike the angle of bar and post. With a few minutes left in the first, Chelsea were awarded a corner, and Willian reacted quickly to play the ball to Branislav Ivanovic who squared for Oscar to strike home. Chelsea were in front, against the run of play. The Blues improved in the second-half, and eventually found a second goal. Oscar was involved again when he fed Diego Costa who dribbled in the box before firing in his 15th Premier League goal of the season. Chelsea open up a two-point advantage at the top of the table, while Newcastle remain in 10th place.

Oscar (Chelsea) – looked lively in the second half after his team were slow to find their rhythm. Was awake and reacted to Willian’s smart corner-kick. He also provided the assist for his team’s second goal, his seventh of the season.

Remy Cabella (Newcastle) – provided the spark that Newcastle have been missing this season. The Frenchman left the Chelsea players in knots at times. Was unlucky not to get on the score-sheet, but should be happy with his performance.

The Sky Blues find themselves chasing rivals Chelsea once again after their draw against Everton. City started the brighter side, but it was Everton who almost took the lead when defender Seamus Coleman struck the crossbar. City eventually took the lead in the second-half through Fernandinho’s fortuitous header. David Silva’s shot deflected off an Everton player and fell kindly to Fernandinho who scored with his back to goal. Everton had a goal disallowed for a foul on Joe Hart, but found the equaliser when Leighton Baines’ free-kick met the head of Steven Naismith. Everton were level and hung on for the point. City remain second, but are now two points behind leaders Chelsea. Everton will be happy with their point, they move up to 12th place.

Fernandinho (Man City) – has stepped up with the absence of Yaya Toure, and now has two goals in his last three matches. He might have been a little lucky with the goal, but he was in the right place at the right time.

Steven Naismith (Everton) – scored his sixth goal of the season to help his team earn a deserved point against the champions.

Both teams ended the match with 10-men, as Leicester grab the victory which moves them within three points of safety. Leicester were unfortunate not to take an early lead when they hit the crossbar, but they eventually found what proved to be the winning goal late in the first-half. Left-back Paul Konchesky hasn’t scored a Premier League goal since his Fulham days but fired home with a clinical volley. The heated contest reached its boiling point in the 90th minute when Matthew James and Ciaran Clark got into a stand-off. Both players were shown a red-card, as a result. Aston Villa haven’t won a single game in their last five Premier League matches and drop to 13th place.

Paul Konchesky (Leicester) – finally ended his goal drought, and it was worth the wait. He marshalled his defense well and deserved his clean sheet.

West Ham remain without a win in their last five Premier League matches, as Swansea come from behind to steal a point. Andy Carroll scored, what could be, the goal of the season after he controlled a Stewart Downing cross, dribbled in the box, and curled a shot into the top corner. Swansea enjoyed most of the possession, but couldn’t respond. With the absence of top scorer Wilfried Bony, who is away on International duty, the pressure was on striker Bafetimbi Gomis to perform. The striker eventually made his mark on the match when his shot rang off the post, off of West Ham’s Mark Noble, and into the back of the net. The draw leaves The Hammers in seventh-place while Swansea stay ninth-place.

Bafetimbi Gomis (Swansea) – scored last weekend in the FA Cup, and followed that up with another decent performance. He technically didn’t score a goal since Noble was awarded the own-goal, but he’ll be hoping to keep his place in the first team with reports suggesting that Bony has signed for Man City.

Andy Carroll (West Ham) – looked confident and led his line well. His goal was really something special, and is definitely a goal of the season contender.

Tony Pulis’ first match in charge of West Brom ends with victory. The Baggies took advantage of a poor defensive error to take the lead in the second-half. Hull goalkeeper Allan McGregor picked up a back-pass from his defender and a free-kick was awarded inside the penalty box. Despite Hull guarding their net with several players, Saido Berahino struck clinically through the wall to score his ninth goal of the season. West Brom move up to 14th place with this win, while Hull City—with only two wins in their last 10 matches—drop into the relegation zone and are one-point below safety.

Saido Berahino (West Brom) – smashed home the free-kick to punish Hull for their poor defending. Berahino has scored five goals in his last two matches in all competitions after his four-goal haul against Gateshead in the FA Cup. He will be aiming for double figures before the end of the season, no doubt.

Despite taking the lead, Tottenham couldn’t build on their performance against Chelsea last gameweek, and suffer defeat. Alan Pardew, who left his post at Newcastle to take charge at Selhurst Park, enjoyed his first victory as Palace manager. His team had to fight back to earn all three points after they went down one goal when Harry Kane struck for Spurs. They were awarded a penalty when Benjamin Stambouli fouled Joe Ledley in the box, scored by Dwight Gayle, before Jason Puncheon fired home a late winner. The win moves Palace out of the relegation zone into 15th place. Tottenham, meanwhile, miss their opportunity to move into the top-five and remain sixth place.

Jason Puncheon (Palace) – hasn’t reached the level he was at last season when he scored seven goals, but he showed why he’s an important player for the club. His clinical low-shot was only his second goal of the season.

Harry Kane (Spurs) – has been in superb form, scoring six goals in his last six Premier League matches. The striker now has eight league goals this season, 18 in all competitions, and looks nowhere near finished.

The Gunners put in a complete performance to avenge their 3-2 defeat to the same opponents earlier in the season. Arsenal opened the scoring early in the match when Laurent Koscielny scored with a header. It was the Frenchman’s second of the season; he has scored no more than two goals in his previous four Premier League seasons. Arsenal doubled their advantage through Alexis Sanchez. The Chilean forward struck a quick shot into the net after playing a clever one-two with Tomas Rosicky. The former Barcelona forward added a third with a clinical free-kick early in the second-half to put the game beyond Stoke. The win moves Arsenal to within one-point of the top-four. Stoke, on the other hand, remain glued in 11th place.

Alexis Sanchez (Arsenal) – scored his 11th and 12th Premier League goals of the season. The forward looks unstoppable at the moment, and he will be key to Arsenal’s hopes of a top-four finish.

The Saints regain third-place after their victory at Old Trafford. Manchester United failed to record a single shot on target, and they never looked like winning the match. The goal came in the second-half when substitute Dusan Tadic scored six minutes after coming on with a low-shot after Graziano Pelle’s initial shot had rocketed off the post. United had more of the possession, but they weren’t clinical enough in front of goal. With 21 matches played, Louis van Gaal has the same points tally that former manager David Moyes had at this stage of the season. United have only won one of their last five matches since their six-game winning run ended in December. Southampton, meanwhile, record back-to-back Premier League wins. They’ve also earned seven points from a possible nine in their last three matches against Chelsea, Arsenal, and now Man United.

Dusan Tadic (Southampton) – has been such an important player for The Saints this season, and now has scored in back-to-back Premier League games. The influential midfielder has made 17 starts this season, scoring three goals, and providing nine assists. Solid.