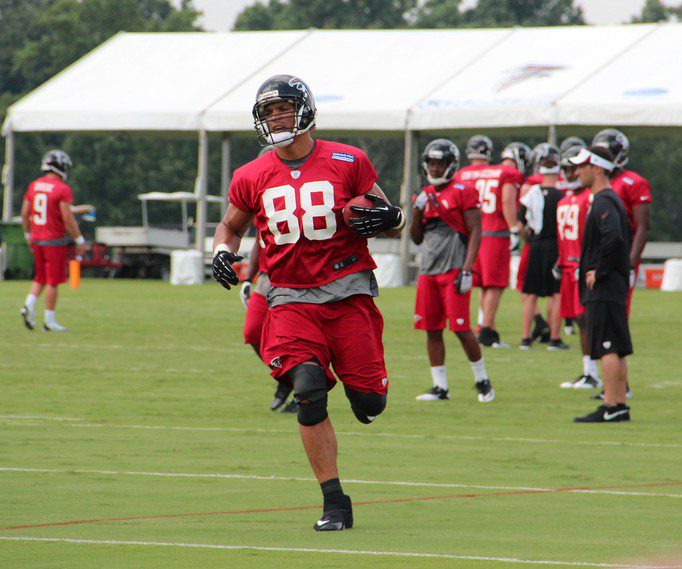 After the game on Sunday there will be a room full of people who are covering themselves in champagne, and a room full of people hanging their heads in dismay. For every winner there must be a looser, and in the case of the NFL only 1 of the 32 teams in the league is able to win the championship each year. Many prolific players make their name in the Super Bowl and the playoffs, and there are those that never got to taste the champagne on Super Bowl Sunday.  Here is my list of the top 10 players to never get that taste.

10. Warren Moon – He went to the Pro-Bowl 9 times. He finished with the most passing yards when you combined his totals across two leagues (NFL and the CFL). He was considered by many to be the first athletic quarterback in the game, but sadly Moon could never win it all. The Houston Oilers biggest problem when Moon was playing were the Pittsburgh Steelers. Were it not for them I’m sure he’d have won at least one.

8. Brian Waters – Waters was utter consistency when it came to playing  guard in the NFL. He played for NFL Europe before playing in the NFL for over a decade and earning six Pro Bowl spots. He also earned the Walter Payton award. The closest he ever cam was the 2011/2012 Super Bowl with New England. They lost to the New York Giants.

7. Dick Butkus – There are tall tales of a man mightier than most bears, and then there are the true-life stories of Dick Butkus. Butkus made tough people look lily-livered and weak. Sadly he and Gale Sayers couldn’t save the Chicago Bears from dismal records in their hall of fame careers.

6. Tony Gonzalez – Statistically the best tight end in history. Unfortunately the teams he played for never did so well in the post season. With all that production in his illustrious 16 year NFL career he only managed to acquire one playoff victory total. That has to sting a little.

5. Derrick Thomas – He ranks fifth all time on the NFL sack list, and has a record seven sacks in a single game. Sadly the Chiefs he played for were the very same that Tony Gonzalez had struggled with before he got to move to Atlanta. Thomas wasn’t as lucky, but did manage to secure the Walter Payton award in 1993.

4. Jim Kelly – Remember those Bills who lost four consecutive Super Bowls? They had a quarterback. Kelly was arguable the best quarterback of the 80’s and early 90’s. He’s in the hall of fame and was in five pro-bowls. But you’d think he could have managed at least one out of four.

3. Deacon Jones – If you believe Deacon Jones (and you should) then he is the rightful owner of the NFL sack record. You see Deacon played before the sack was registered as an official statistic. His number is estimated between 300 and 400, which is almost double the lofty number set by Bruce Smith. In fact Deacon is sometimes credited with inventing the term “sack”. The L.A, Rams defense of the 60’s was prolific, but the offense could never really give them enough help to win the big one.

2. Dan Marino – Marino is among the statistical leaders in every category for a quarterback, and yet he only played in one Super Bowl. The offenses he had were astounding, but much like the epic quarterbacks of today the defenses suffered in an effort to surround the golden boy with the finest receivers and linemen money could buy. In the Adam Sandler movie Little Nicky, Marino asks the Devil for a Super Bowl, sadly, the request didn’t even work in the movies.

1. Barry Sanders – He’s arguably the best running back of all time. He did more with less than anyone else ever has or could. Sadly that’s exactly why he never won a Super Bowl. It’s pretty easy to defenses to key on you when you are literally the only offensive option. The team would have been better off lining up with 10 offensive linemen on the field and having Barry taking direct snaps from the center. Frustration or annoyance with the mediocrity of it all Sanders retired in his prime. If only he’d had a team beside him instead of one squarely on his back.