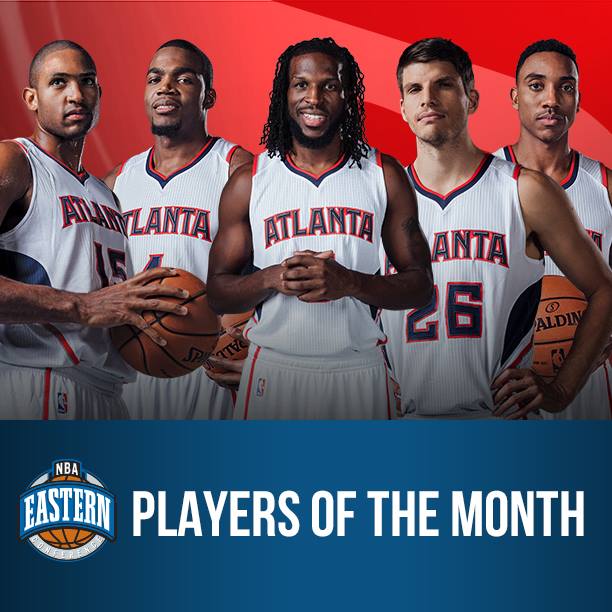 The Atlanta Hawks have turned into one the best stories of this NBA season.

After hovering around the middle of the pack for the last several years, the team currently stands atop of the Eastern Conference standings with a 41-9 record.

The Hawks put together an epic winning streak that capped out at 19 games and made the team the talk of the league. Though many fans expected to see more Hawks participating in the All-Star game, die-hard fans can take solace in the fact that when the league named Eastern Conference Player of the Month, picking one player wasn’t enough.

It was announced that the entire starting lineup—Jeff Teague, Kyle Korver, DeMarre Carroll, Paul Millsap, and, Al Horford—would be named the Eastern Conference Players of the Month for January.

In an astounding January, the squad went 17-0, posting the best record for a month in league history. They were also the first team to have a starting lineup average 10 points or more per player.

The NBA Player of the Month Award is generally bestowed on one player. The selection of the Hawks’ entire starting five is a historic first for the NBA.