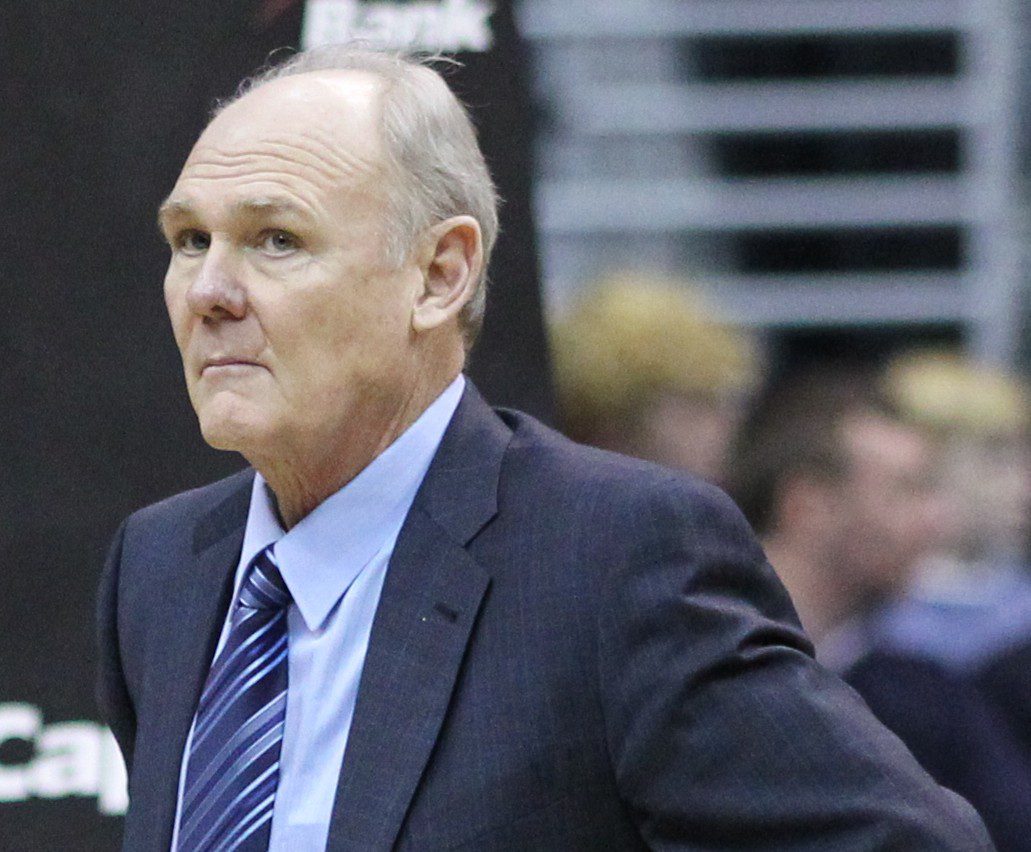 Tyrone Corbin’s tenure as the Sacramento Kings’ head coach was short lived, plagued by uncertainties that originated in the team’s ownership and trickled down to him. Any claims that his coaching methods or knowledge for basketball are what the Kings were lacking are false. The team’s locker room morale and post-game attitudes are a reflection of the shock from losing former head coach Mike Malone.

Corbin’s release from the head coaching job shocked nobody. While team management did make the claim that he would be in place for the remainder of the season, the falling out of players with the franchise was too rapid to keep him in place. They liked Tyrone Corbin the man, but didn’t believe in Tyrone Corbin the basketball coach, as would be relayed by the many open statements made by DeMarcus Cousins regarding the franchises decision-making as of late.

With Corbin out of the coaching position and into a management role, the Kings have hired Goerge Karl to correct the losing basketball being played in the past month.

There are, obviously, a number of aspects of the team’s game that will need correcting. Aside from Vivek Ranadive’s incessant interest in playing with only four defenders, Sacramento’s focus on pushing the ball up the floor has resulted in lapses on both sides of the ball, the main factor which has resulted in the overall 18-34 record.

George Karl has the sixth most wins of any coach in league history, winning an NBA Coach of the Year Award with the Denver Nuggets before being moronically let go and replaced by Brian Shaw. Karl has dealt with personalities the size of Sleep Train Arena, some of which include J.R. Smith and Carmelo Anthony.

Hopefully, Boogie won’t give him any problems.

There are specific categories in which the team is particularly bad, most of which include playing any sort of team basketball, whether it be helping at the rim or passing the damn ball to an open player.

Karl will have to start with these areas specifically in his attempt to draw up a remotely competitive team.

The Kings are a team built for a slow-paced, half-court offense. With one of the best offensive, back-to-the-basket centers the league has in Cousins, slowing tempo and working the ball into him should be the goal for every possession. Management’s constant requests for fast-paced basketball are as ridiculous as Marc Gasol and Zach Randolph running in transition and throwing lobs to each other. It doesn’t work.

Sacramento has been awful in transition in Corbin’s time as coach. Malone never pushed for a faster pace because this team isn’t built that way. Whether or not it had to do with his firing is questionable, but he clearly saw something in this team that wasn’t built for running the floor. Rudy Gay and Ben McLemore are good in two-on-one situations, but only when these situations present themselves in the flow of the game.

Karl will have to teach the team’s ownership is that transition can’t be forced for a team like this. Cousins isn’t meant to run in transition, McLemore doesn’t have strong ball-handling skills quite yet, Jashon Thompson is slow and bad at basketball, and Gay is at his best when the ball is being bounced around the perimeter.

This is an example of the Kings attempting to make a fast break out of nothing. Omri Casspi leaks out with a defender in front of him. Cousins forgets about rebounding the ball, puts his head down, and runs. Everyone else is just lost, and the Kings turn over the ball.

Karl will likely recognize immediately that playing at a slow tempo is the only way to win against Western Conference teams. If I have to bet on the Golden State Warriors or the Sacramento Kings in a fast-paced, transition-dominated basketball game, I’ll take the over every time.

Improving the Kings’ set plays in the half-court will be an immediate necessity for Karl, too. They’re bad in transition, but the offense still isn’t functioning properly at a slower pace.

In Corbin’s presence, one Kings player dominated the ball for every possession, either shooting the ball himself or passing directly into a shot. There was no movement around the perimeter as a means of getting an open three. Cutters didn’t expect to get the ball with the exception of McLemore who has been excellent in this category. Even back-up point guards have held the ball for entire possessions while on the floor with both Cousins and Gay.

This team has been playing individualistic basketball in the half-court and it has resulted in countless double-digit losses in the months of January and February. Defenses have the Kings figured out: contain any drives by the ball-handler, double-team Cousins the moment he receives the ball, and let the team shoot all the contested threes they want.

Karl will have to remedy plays like this, in which a primary ball-handler dictates the possession. After Gay revives the ball, watch as every other player in a Kings jersey leaves him stranded on an island with nothing to do but shoot.

This is a normal sight for the Kings’ offense as of late. Karl will likely double the size of the team’s offensive playbook and incorporate much more involvement from all sides of the floor, as he did in Denver. One soft pick and roll followed by a highly contested shot is a losing formula for the Kings.

DeMarcus Cousins, who is currently in New York City per his All-Star bid, is obviously a project for Karl. He has done well with a player like Carmelo Anthony, and likely will with Cousins.

Karl needs to keep him as traditional a center as there is. The number of mid-range jumpers he takes in one night should never exceed five, as he has become increasingly inefficient with this shot. He needs to start on the low block and finish around his defenders as he has done so well in his still-young career. Any temptation to play outside himself will likely be hushed by this winning coach whose reputation earns the respect of most NBA personalities.

Cousins will buy into what Karl says. He will, hopefully, become a better passer out of the post when double teams come. Finding cutters and setting meaningful screens can both be areas of improvement for him.

Here is a play that Cousins has made constantly this season. He collects a defensive rebound, and suddenly thinks he is alone in transition like Russell Westbrook barreling down for a jam. He turns the ball over more often than not when he begins to think that he can run and handle the ball at the same time. Karl will, hopefully, try and wipe out plays like this completely.

Even from Malone’s impressive performance as the team’s head coach, Sacramento has made a definite upgrade. Whatever Karl chooses to do with the team will likely be the right call, basic necessities for improvement in the half-court remain of high importance.

Whether or not management will continue to insist on wielding a fast-pace system is up in the air. Karl’s response to Ranadive’s uneducated claims on how basketball should be played will be the correct one, and will hopefully deliver improvement to the Kings.