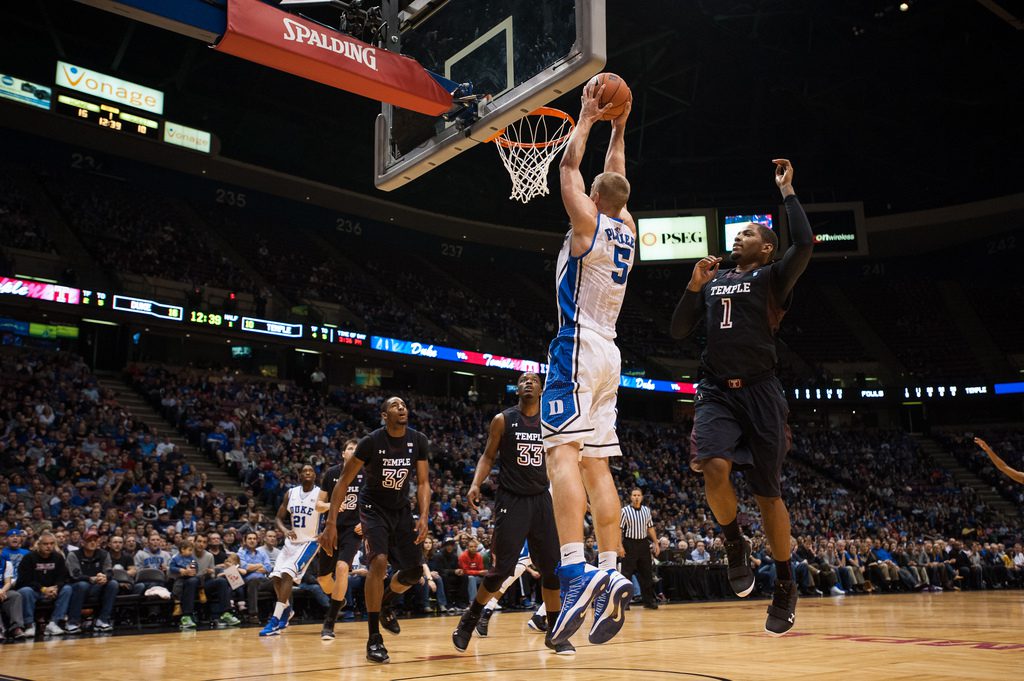 Former Duke Blue Devils star Christian Laettner is the focus of an upcoming ESPN 30 for 30 about his basketball career and how much fans loved to hate him when he was on the court.

Laettner is on a press run right now to support the film. Recently that run brought him to the Dan Patrick Show where he was asked about Dukes reputation for getting generous calls from refs.

Laettner opened up about  Duke’s reputation of faking charges and how it all started.

“I think it started a little bit after my time there. But I will be honest with you and tell you even when I watch Duke play today, I’m like ‘Ugh, gosh, did they call a charge?’ Too much. And especially at Cameron, they do get some of those calls. But when it’s a neutral gym or opposing, it’s not quite as bad. But there are times where I’m even like ‘Jeez, did we get this much of a benefit of the doubt from the refs when I was playing?’ And everyone says yes.”

Laettner also spoke about the now famous shot against Kentucky in the NCAA tournament and more.