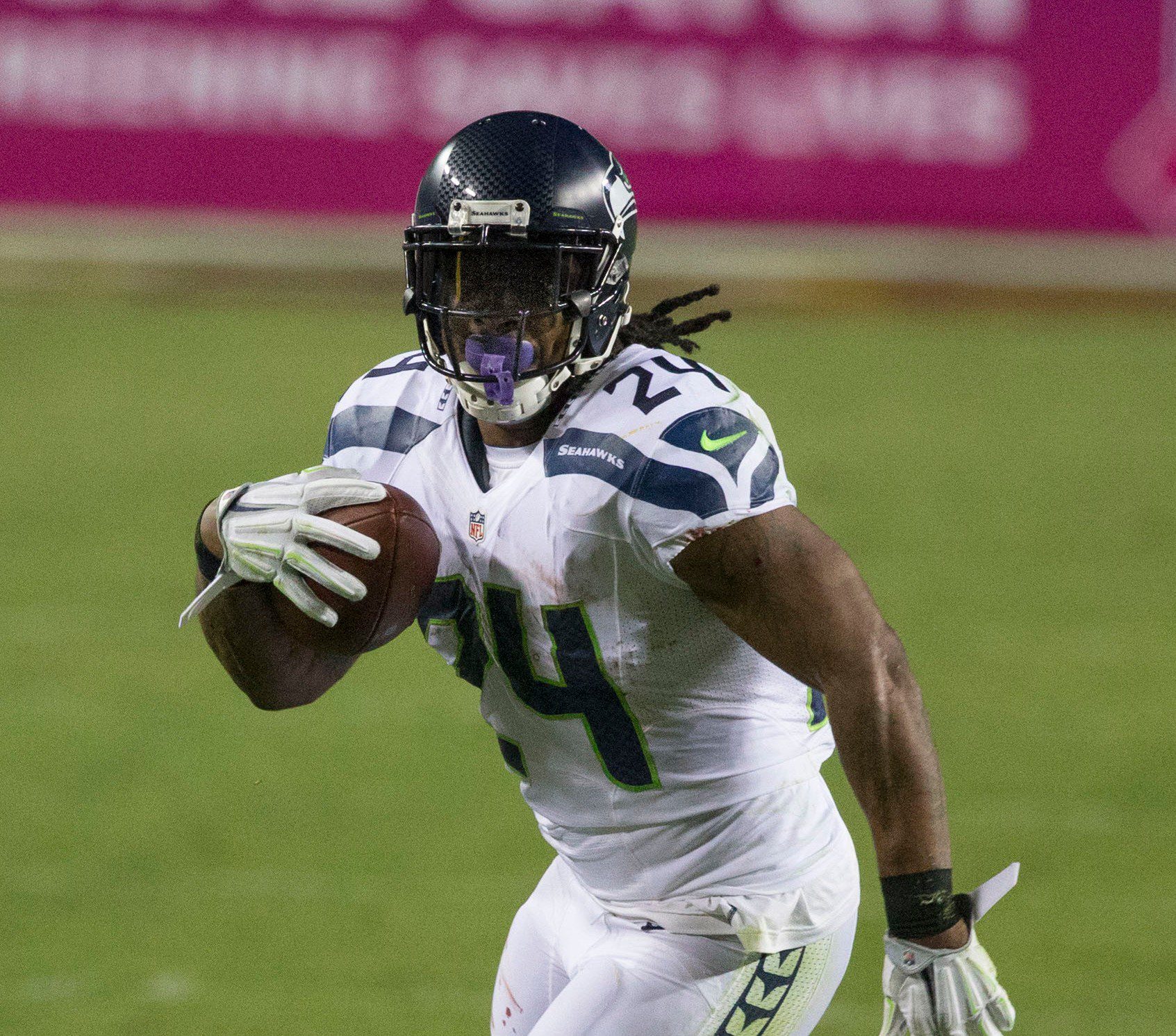 Marshawn Lynch broke the mold for running backs in 2015, and then he broke the free-agent banks signing a two year $24 million dollar deal ($12 million a season) with the Seattle Seahawks.

Does anyone else remember when the Buffalo Bills traded this guy to Seattle for a fourth-round pick?!

The move was expected, but the dollar amount was extraordinary. Clearly, this was the first of the high-priced free-agent running back dominoes to fall, as Mark Ingram signed a four-year extension with the New Orleans Saints for four years at $16 million ($4 million a season).

This was supposed to be nearly the exact same deal the Cowboys had offered league-leading rusher DeMarco Murray.

No word yet on the new salary expectations of Murray following these two signings, but “more” was most certainly a word used when comparing what he should get in comparison to these contracts.

In semi-related news 31-year-old Frank Gore who was expected to fill the vacated running back spot in Philadelphia as he reportedly agreed on a three-year deal that has $7.5 million guaranteed over the first two years.