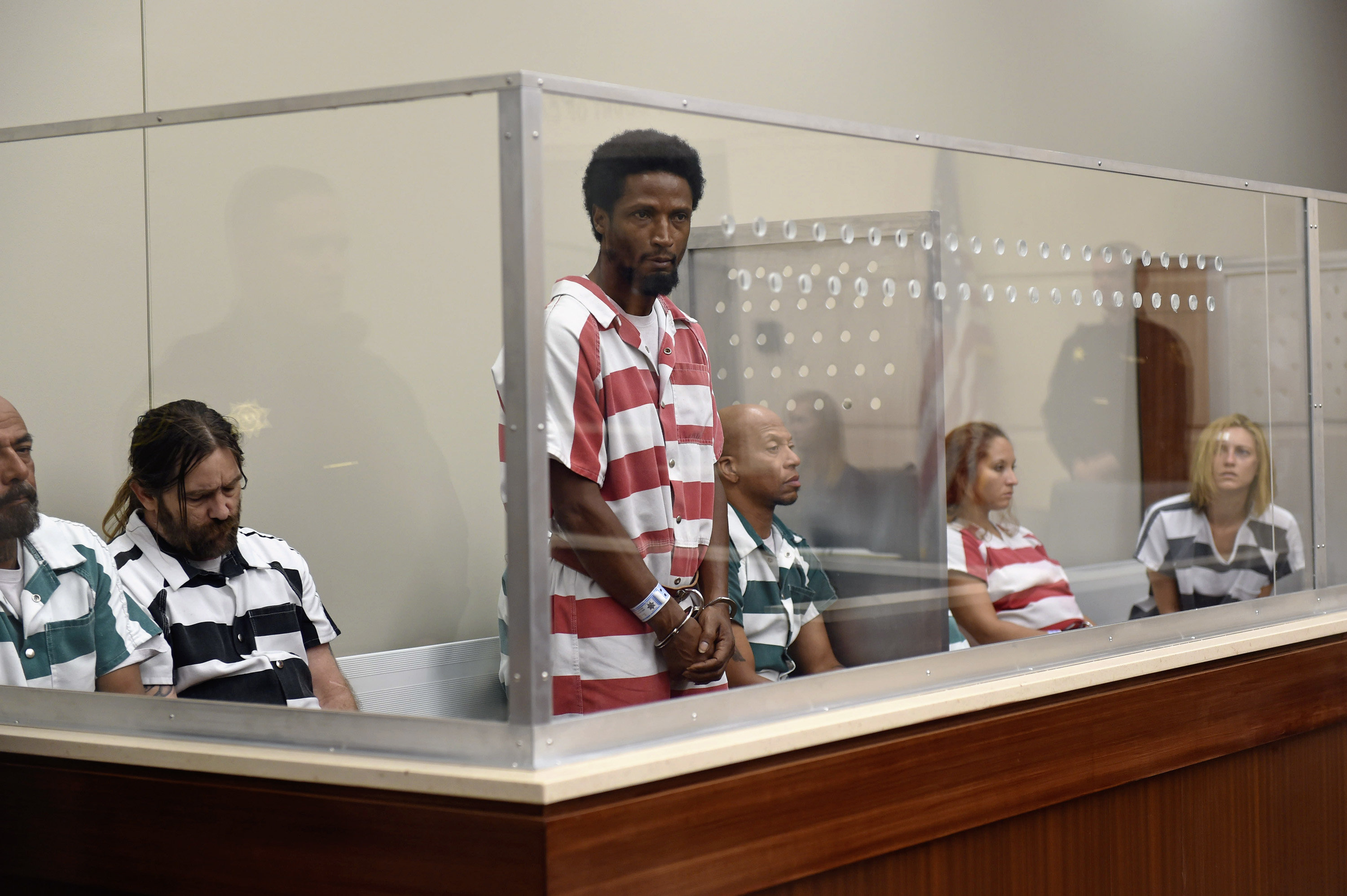 American Crime displays a methodical pace in its second episode. Following last week’s emotional installment, this showing continues to primarily focus on Russ and Barb grappling with their son’s death. There’s also increased screen time for Tom and Eve Carlin, the ultra-religious couple supporting their daughter as she fights for her life. Lastly, American Crime offers bits on Tony’s rough time with other juveniles behind bars, but shares more regarding Aubry Taylor, the drug-addicted girlfriend of potentially murderous Carter Nix.

Because Aubry and Carter are rarely referred to by name in either episode, it’s difficult to form an attachment with them. Carter is arraigned for murdering Russ and Barb’s son. He’s also hit with various other charges. Aubry lands out of jail shortly after her arrest, but her felony record prevents her from seeing the man she loves. This man, who shifts between passionate love for his girlfriend and intense anger toward the outside world, is a curious character. American Crime can do itself justice by further examining his background.

An interesting scene involves Carter and Hector, who are intentionally put together for a brief period. Hector believes that this is law enforcement’s way of inducing incriminating statements. What’s more, after the pair are done talking, we learn that Hector’s wanted for murder in Mexico. According to his detached attorney, he’ll be extradited to face those charges. This makes the audience wonder about Hector’s life story. Did he flee Mexico after committing a brutal kill? Who is truly the prime culprit behind American Crime‘s principle murder, Hector or Carter?

Equally tied up in this mess is Tony, a young man with excessive bottled up anger. Years of living under his father’s stern command has created a frustrated psyche. Nevertheless, we can both acknowledge Tony’s stupidity in providing Hector with a car, but sympathize with his mistreatment of being possibly charged with murder. A troubling scene involves Tony behind harassed by fellow juveniles. It appears to be only a matter of time until he snaps. Meanwhile, the eldest Gutierrez, Alonzo, is balancing anger and guilt. He’s mad at his son for his foolishness, but also feels badly about mistakenly aiding the police.

These characters all act as the background behind Russ and Barb. Their fractured relationship takes center stage on a level near to the critical crime of the show. American Crime features plenty of flawed individuals, from the gambling background of Russ to the snobby nature of Barb, which adds to the overall intrigue. Allow me to clarify. It’s easy to feel sadness for Barb’s loss, but it’s also shocking to hear her casually racist and insensitive remarks. Similarly, it’s a given to experience support of Russ and his turnaround story, but it’s impossible to look past his failures as a father.

American Crime, in a manner different than the majority of shows currently airing, offers genuine characters. My previous paragraph describes them as flawed. Another phrasing of such individuals would be to call them realistic. No one on this show is perfect. Even the victim of murder, a potential drug dealer, might have a past that opens up a slew of questions. We also learn that Russ and Barb’s daughter-in-law might’ve been sleeping around prior to the show’s tragedy. This detail is unclear, but American Crime is clearly attempting to spread the message that everyone has skeletons in their closet.

I can’t say that American Crime has blown me away. Socially conscious, sure. Morally ambiguous, absolutely. But having a wide scope and tackling relevant topics of race, crime, and prejudice doesn’t guarantee a show longevity. Answers have to be provided at some point. We need clarity on who Russ and Barb’s son really was. Carter and Hector have background stories that need to be told. Barb, for all her strength and resolve, isn’t exactly a lovable character. Having a personality of hers lead a show is a gamble.

These questions will likely be answered in time. Considering only two episodes have aired, it’s premature to deliver final judgment on American Crime‘s fate. So far, it’s marvelously acted with plenty of pieces set it motion. The pace will have to pick up, and the characters will need to either become more enjoyable or expressive to the audience, though, for me to fully commit. Perhaps this desire will be fulfilled next week. Regina King will be making her first appearance on the series.