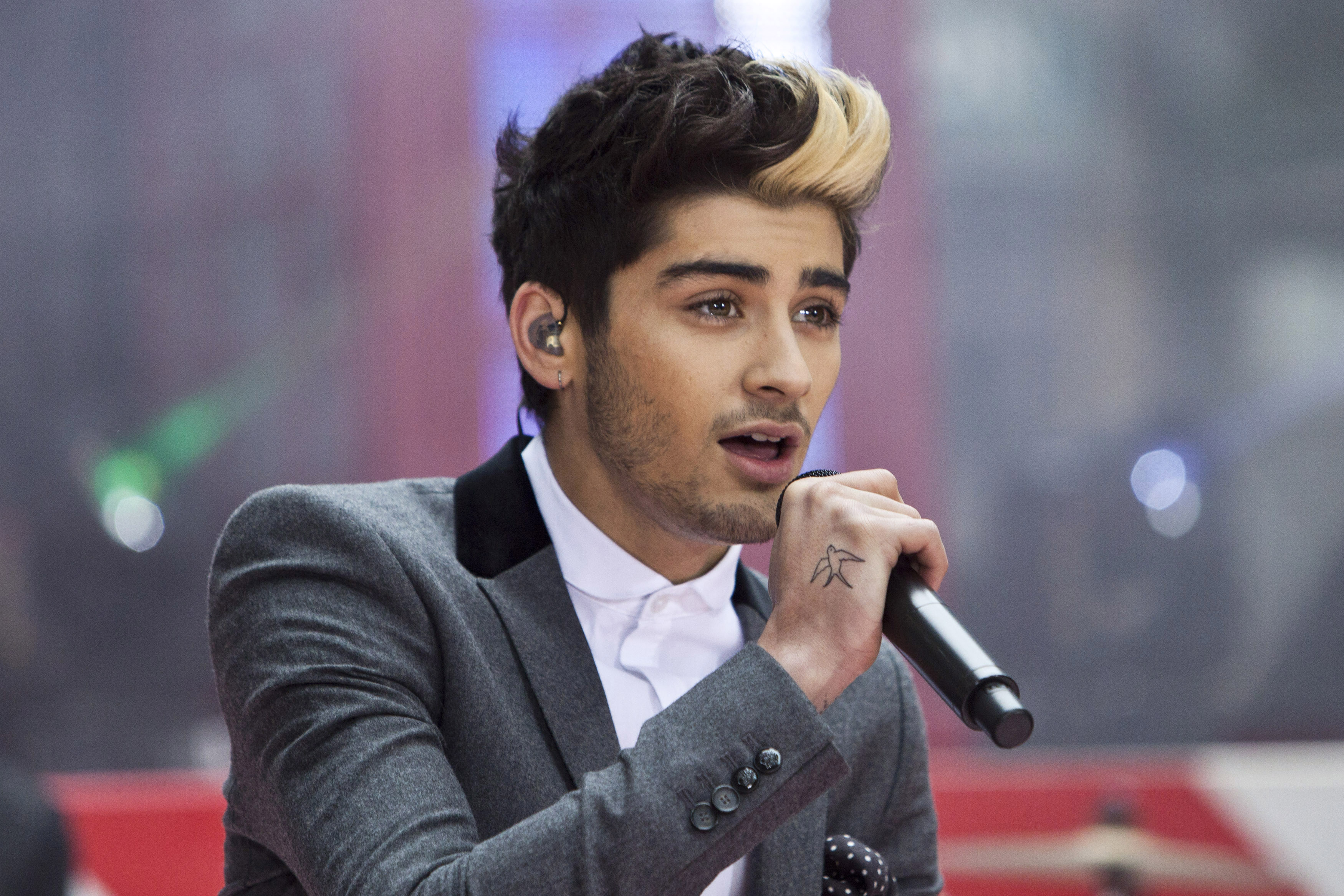 Through a crack in a door, a camera looks into the bedroom of a teenage girl: she pummels a pillow into her bed, screams something inaudible, then sobs uncontrollably. It loops, then starts again.

3.1 million loops later and Deanne Umbay’s video is one of the most iconic representations of fans grieving Zayn Malik’s departure from One Direction.

It’s just one of thousands of homemade broadcasts featuring tears, screaming, and disbelief; the raw emotions that carried the conversation online in the wake of Malik’s announcement.

But while the broadcasts were bountiful in number, the confronting messages being conveyed were often lost within the noise. For every innocuous #AlwaysInOurHeartsZaynMalik tribute, there’s been an equally unsettling movement encouraging fans to #Cut4Zayn.

While the nine-character hashtag is easy enough to type, the attaching expression of self-harm associated with it is hard to stomach. Teenagers etching Zayn’s name into their forearms, dripping with blood, reveals a clear distortion of reality.

While some publications addressed the reaction, major news broadcasters watched the tears and then requested “reproduction rights” for news bulletins. It was a story with undeniable buzz.

Thanks to the Internet, people experience a perceived connectivity unlike ever before. However, somewhere between content creation on one screen and being shared on the ever-hungry internet with thousands of other, the personal element is lost.

Some mocked it while others expressed outrage at the movement. Regardless of the reaction to the reaction, the content creators were being vilified.

And that’s part of the problem: broadcasts are reduced to 140 characters [via Twitter] or six seconds [via Vine], the value of contributions online are suppressed and momentary. It’s just enough time to gleam the nature of a topic, but not nearly long enough to have genuine appreciation. The Internet is a field full of predators waiting for someone courageous (or stupid enough) to run out in the open.

But what more could we expect from (predominately) teenage girls born beyond 2000 and brought up in the age of click bait, catchy headlines, extreme technology, and trends?

Not surprisingly, when it came to grieving the loss of one of their idols, they reacted and conveyed their grief in the most soundbite, disconnected, and unfortunately predictable way; playing into the hands of mass media, tweeting and creating their own media responses in the most eye-catching method imaginable.

In the end, real or not, these acts of fandom were like fireworks; uploaded onto the Internet with a bang, just to fizzle out and fade into nothingness. Their grief was reduced to an entertainment soundbite — quickly dumped for a better grab and until tomorrow, when the next story surfaces.

There was a lot of buzz about Malik’s decision to quit, but it was the reaction of One Direction fans that went viral — and that’s the thing, One Direction (like all supergroups) are just as renowned for the hordes of fans that worship them as they are for their music.

In the end, it was typical that the first signs of Zayn’s eventual departure initially made noise through Twitter. It was fitting that his ultimate decision to quit was announced via the group’s Facebook page. Likewise, the reaction of fans, via social media, was the only way One Directioners knew how to express themselves. There’s no personal touch, merely just a screen associated with words.

The design of each online experience comes as a result of the way we curate our content streams. We lose clarity over reality. One Directioners, who ‘follow’ and ‘like’ each other online, predominately see the content of others and get a warped sense of reality. Fans become trapped in an information bubble; seeking out information that reinforces their own beliefs and establishing a lens through which reality has become distorted.

For those momentarily dipping into the One Direction online underworld, peeking through the door, like in Deanne Umbay’s Vine, it was a glimpse of a fan obsessed, surreal world.

But for the all the camaraderie of the Internet, there’s a deeper loneliness on display in the depths of dependence that accompany our beloved web. Reactions fitting the model of soundbites and tweets at a perfectly quotable length. It’s never been easier to express oneself, but when it’s via the vicious, constantly refreshing grasp of the Internet, is anybody really heard at all?