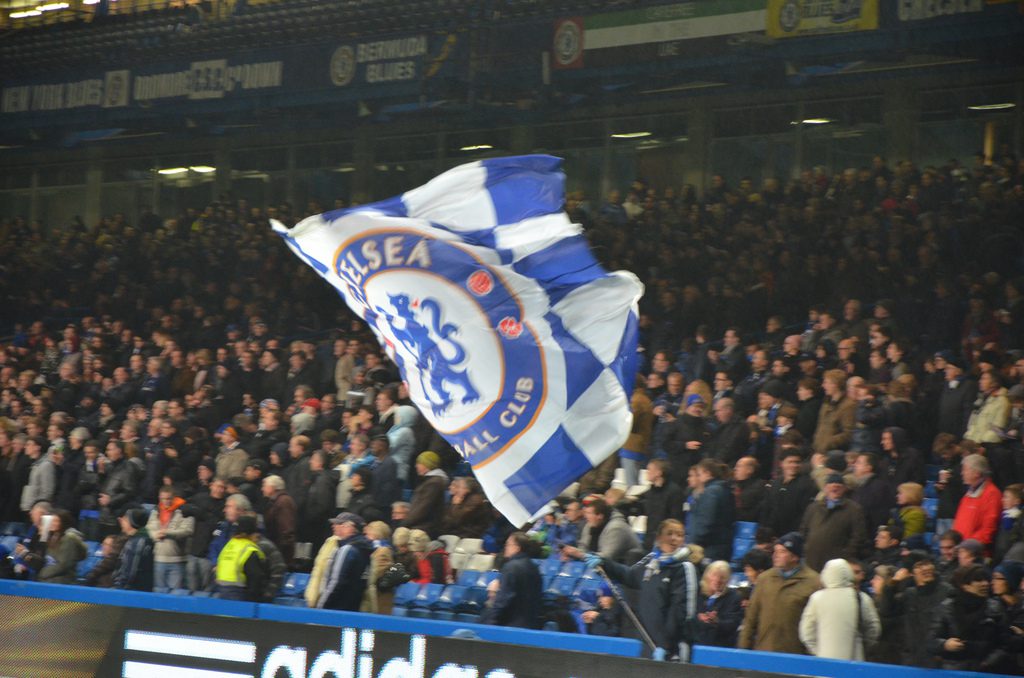 With the 2014/15 Barclays Premier League fast approaching its  end, most teams have just seven games left to tie up their respective seasons. Apart from the TV cash payout that breathes life into most clubs maintaining their presence in the Premier League, this means little for 13 teams. But for seven teams, the fight continues for a spot in Europe, a stay of execution, or most importantly, the Premier League title.

Mathematically, six teams could challenge league leaders Chelsea for the title, but for most teams still in the running, this would be dependent on the inexplicable possibility of Chelsea not tallying a single point in their remaining eight matches. In a more realistic scenario, but still one that would require a thrilling story to unfold, only three teams have a hint of a chance to unseat Chelsea from the apex they’ve held for almost the entire season.

The 2014-15 season has been dominated by Chelsea, and their record this season speaks for itself. So, is there a team in the league that threatens Chelsea’s odds for the title? The fact that the top four have derbies in the remaining fixtures adds some flair to the closeout. Splendidly, the three teams below Chelsea will likely make victory difficult. And below those teams, the next three could make these last two months deliciously dramatic. Here’s a rundown of the teams in the top four and my shot-in-the-dark guesses on how it may unfold.

Manchester City have had a difficult season. After winning the title last season, few would have believed that City would look, at times, like pushovers this season. Man City have scored 20 less goals then their tally at this stage last season. They started the season by worrying many fans with a less-than-lacklustre performance to secure silverware for the season and were easily defeated by Arsenal at Wembley back in mid-August for the FA Community Shield. However they rebounded with quick wins, and aside from a couple stumbles, they went undefeated from October to mid-January, again getting a face-shove at home from Arsenal.

Their form since has been almost entirely win-loss, with recent losses against lesser foes, Crystal Palace and Burnley. This inconsistency allowed both Manchester United and Arsenal to leapfrog them in the table and push them down to fourth place. They close out the season with three tough matches that will require wins to regain the footing they’ve recently lost. This weekend’s derby match against The Red Devils is surely the most important of their remaining seven games. Following this fixture, they visit the white side of North London where Tottenham will hope to take all three points. Their season could possibly come down to how they fair against Southampton on the last day, though.
My prediction is a third place finish with the team scooping a dozen or so points in the remaining games.

While this season has been one of upheaval and rebirth for Manchester United, they overcame early season disappointments to surprise many with a consistent top four position. Although new boss, Louis Van Gaal’s £146 million spending spree and release of 18 players has caused more raised eyebrows than smiles, most fans are much happier today than they were a year ago. Perhaps a lack of European involvement, combined with an early ousting from the League Cup has allowed the team an opportunity to focus on the league.

Unlike previous seasons of success, the team has been entirely dependent upon Wayne Rooney and Robin Van Persie for their goals. The Radamel Falcao England Study has shown that the striker is presently incapable of making an impact. Calling Falcao’s time in England a failure is an understatement based on his ability and price. Burnley striker, Danny Ings’ transfer fee was less than what Falcao earns each month and he has doubled the Colombian star’s goal output. His value to the team was perhaps best demonstrated by being left to warm the bench during his team’s Arsenal-inflicted knockout from the FA Cup. There’s little belief that his £43.5 million permanent fee will be met by the club, and he will be returned to Monaco like a worn-once designer dress with the tags still on it.

However, putting all the blame on Falcao isn’t fair. While any comparison to the previous season will show improvement, the team is still well below their usual standards, historically. They will likely drop some points in these final matches but will no doubt challenge both Arsenal and Manchester City for the higher spots in the table. Their final seven matches pit them against their city rivals, followed by visits to both Chelsea and Everton. While they should be able to take points from their meetings with West Bromwich Albion and Crystal Palace, both teams have been spoilsports for top four teams this season. At their penultimate match of the season versus Arsenal, they’ll be working to flush the memory of the sound beating the Gunners gave them in the FA Cup semi-final. This match will likely be a determining one for them but their final at Hull City could be the ultimate decider.

My prediction is that Manchester United will take no more than 12 points to close out their season, but will finish in fourth place.

Arsenal has had an improved season compared to their last. While their first-leg disaster versus Monaco spoiled success in the Champions League, their form in the Premier League has since been brighter. Their second place spot is thanks to a seven-game winning streak capped with last weekend’s 4-1 dismantling of Liverpool. With their current position, Arsenal have a solid opportunity to hold that spot, which would be their highest league finish in a decade. At this stage of the season in previous campaigns, Arsenal have been ravaged by several first team injuries. While Theo Walcott was out for ten months, Mikel Arteta for three months, and Jack Wilshere for almost six months, they weren’t really missed as other players stepped up. That being said, Walcott’s addition to the bench and the return of Jack Wilshere before the season’s end is good news for Gooners.

Alexis Sanchez, Olivier Giroud and Santi Cazorla have had great seasons and are two big reasons for the Gunners’ grasp of the top four. Fans and pundits may complain about a lack of flair from Mesut Özil, but there’s no doubt that he adds much to the team and is a figure behind its success. With youngsters Hector Bellerin and Francis Coquelin making the most of their first team opportunities—keeping the opposition offense to a minimum—and Olivier Giroud covering Alexis Sanchez in the goal scoring department, the team is on a roll. While a return to Wembley to defend their FA Cup seemed to be the most realistic target for the season, Arsenal players are now speaking out on their chances to win the title.

The Gunners are seven points behind Chelsea, and would not only need to win in their match versus the league leaders (a feat last performed in October 2011), they would also need the teams hot on their trails to stumble. There’s no doubt that they’ll be watching Chelsea’s injury reports and hope that Diego Costa’s hamstring requires the remainder of the season to heal. However, perhaps for history sake, Jose Mourinho could insert Didier Drogba (opposed to Loic Remy) as his replacement, a player who has scored more goals in the 108 year, 186 match history of this derby than any other.

Arsenal will enjoy playing five of their final eight matches at home (where they’ve only lost a single match this season). In their favor are matches against Burnley, Hull City, Sunderland, and West Brom, where taking full points will be expected. However, a valid title shot must include success when Chelsea visits, and when they travel back to Old Trafford where their recent FA Cup victory ended a nine year win drought on that ground.

I predict Arsenal to take 12-15 points from their remaining matches, and finish the season in second place.

The Blues have had a remarkable season. They have lost only two matches in the league this season, stingily waiting until December 6 to lose away to Newcastle. Diego Costa has blended into the Premier League superbly and is currently tied for first in scoring along with Tottenham’s Harry Kane. Eden Hazard has had perhaps his best season in England yet, and Cesc Fabregas’ return (and league-high 16 assists) demonstrates how valuable he can be to a team. Goalkeeper Thibaut Courtois and the stalwart back four of Branislav Ivanovic, Gary Cahill, César Azpilicueta and reprehensible fiend, John Terry have been miserly in goal allowance. As the season closes, the one advantage Chelsea have in their back pocket is the game in hand against Leicester City—one that they are almost guaranteed to win.

Of the eight games that remain for The Blues, half are at home. While they meet Manchester United, Arsenal, and Liverpool before the final tally, betting against Chelsea gives long odds. Even with the league-leading scorer injured, they can deliver a performance with a deep bench. The math shows that 16 points will clinch the title for The Blues. 15 of those points are against teams that Chelsea should be able to beat any day with any squad. This leaves just a draw from one of their three matches against stronger foes to lift the Premier League championship for the first time since 2010.

I predict Chelsea to take 20 points out of their remaining games and claim the title from Manchester City.

Whichever way this season ends for the top teams in England, places two to four will likely come down to how the score-lines settle on May 24th. Fans may recall the last day excitement of the 2011/12 season when Man City narrowly won their first title since 1968 on goal difference with the last kick of the season. At the same time, Arsenal and Tottenham vied for third place, the lowest available Champions League spot (due to Chelsea winning the old “Big Ears”). Arsenal continued their domination of their North London neighbors that day by beating West Brom. For the neutral fan, a day like that would be a joy to watch on a lovely May weekend.