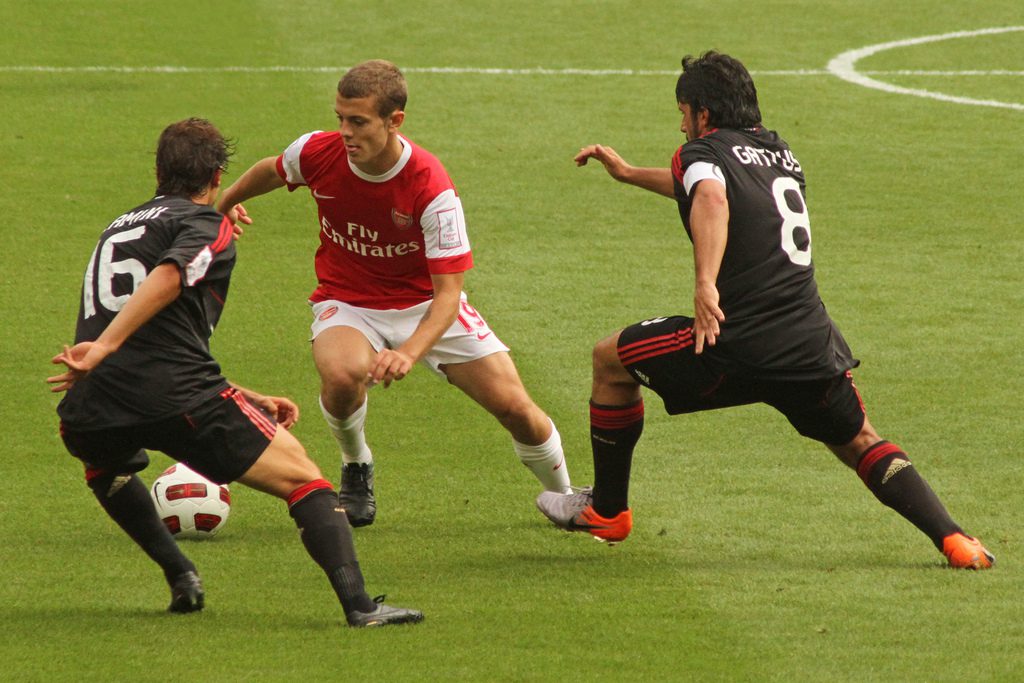 Arsenal were dealt a huge blow days before the start of their 2015/16 Premier League campaign after midfielder Jack Wilshere, 23, suffered a serious injury in training.

The news emerged after the England international midfielder was ruled out for The Gunners’ victory over Chelsea in the Community Shield last Sunday.

Arsenal manager Arsene Wenger confirmed today that the player had in fact suffered a hairline fracture to his right ankle. The Arsenal boss said that the injury will most likely keep Wilshere out for a “few weeks”, with reports suggesting that it may actually be between six to eight weeks.

Wilshere will definitely miss the start of the new season which begins on Saturday. However, this is not the first time the player has been seriously injured, forcing him to sit on the sidelines.

Wilshere missed five months of Arsenal’s campaign last season when he injured his left ankle. The midfielder required surgery for that injury, but will not need to go under the knife this time around.

The longest Wilshere spent on the sidelines through injury was in 2011 when he needed surgery for a stress fracture on his right ankle. Last season, Wenger said that if Wilshere was able to avoid injuries for at least two years, it would help him regain his “confidence and belief”.

Since October 2009, Wilshere has approximately spent a combined two years out of action because of injuries. The midfielder made his debut for Arsenal in September 2009 and has since gone on to make 100 Premier League appearances for the London club, scoring six goals.