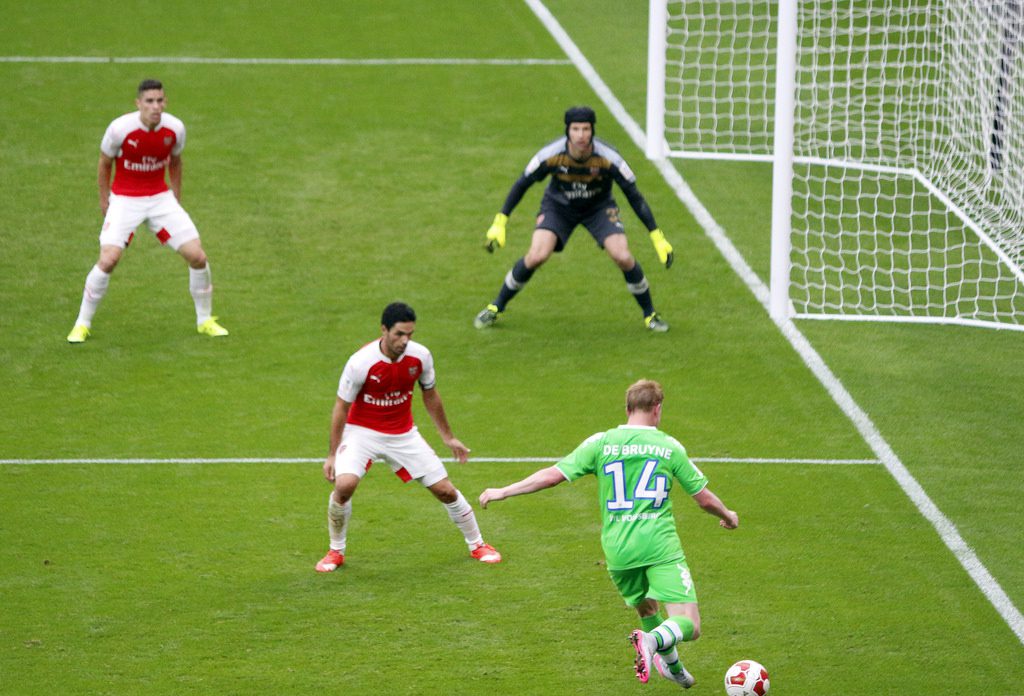 Barclays Premier League club Manchester City are still on the pursuit to secure the signing of Wolfsburg midfielder Kevin De Bruyne, 24, with reports suggesting that they are ready to lineup a £46 million bid.

De Bruyne, who signed for Chelsea from Belgian side Genk in 2012, had a difficult time at Stamford Bridge and failed to cement a regular spot in the first team. He only made three Premier League appearances, signing for German club Werder Bremen on loan in the process.

De Bruyne was an instant star at Werder Bremen making 34 appearances, and scoring 11 goals in his first season. The Belgian superstar also helped his side escape relegation with a string of consistent performances.

In 2014, De Bruyne was sold by Chelsea to Wolfsburg for £18 million, and made 16 appearances, scoring three goals. The following season, De Bruyne played all 34 league matches, and scored 10 goals, steering Wolfsburg into second place where they finished 10 points behind Bayern Munich.

De Bruyne lifted the 2014/15 DFB Pokal trophy after his goal in the final proved to be the winner, helping his team defeat Borussia Dortmund 3-1. De Bruyne set up teammate Nicklas Bendtner in the DFL Super Cup final to level the scores at 1-1, and also scored in the resulting penalty shootout win over Bayern Munich earlier this month.

Manchester City have been tracking De Bruyne’s situation for a couple of seasons now, and finally look close to completing a deal after reports suggested that the player was absent at Wolfsburg’s training.

De Bruyne, who has represented Belgium 30 times, is said to be keen on joining the Manchester club and have another crack at the Premier League after his sour stint at Chelsea. The transfer will be a blow for Chelsea, especially after the player’s surge in form since leaving London.

Chelsea visit Man City at the Etihad on Sunday in gameweek two of the Premier League, with Man City hoping to have a deal finalized by then.