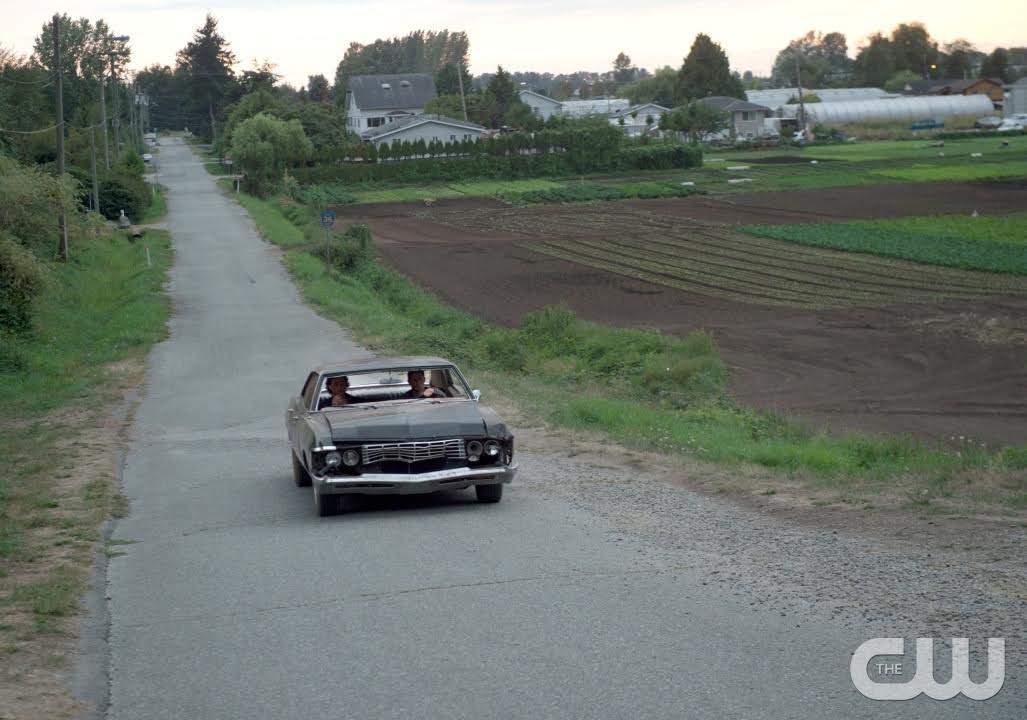 I managed to tear myself away from my Halo 5 binge of the last few days to sit down and watch this week’s episode of Supernatural. It was probably for the best, because surviving off of nothing but soda and pizza rolls wasn’t doing anything good for my body that’s for sure.

This week’s episode of Supernatural, “Baby,” was shot entirely from the perspective of Deans beloved Impala. There isn’t one shot or scene that isn’t shot from inside the car. This may seem a little difficult to pull off, but collectively the cast and crew nailed it and made one of my favorite Supernatural episodes to date. I can’t stress enough how much I love when Supernatural changes up it’s style for creative episodes. They are always my favorites of each season, and this one was no different.

The writers of Supernatural are at their best when they make episodes like “Baby.” They get to add as much humor as they want, and don’t have to worry about keeping the drama like in a regular story-driven episode. “Baby” also brings back the monster of the week format of Supernatural, which I desperately miss, so that made me love it even more.

Sam and Dean must go to Oregon to fight monsters that turn out to be ghoul-like vampires, or Ghoulpires according to Dean. Castiel is back at home base still resting up from his recently removed curse, but is proving himself useful by looking up different lore to help the Winchesters know what they are fighting. The interactions between Cas and Dean over the phone are phenomenal and I could seriously watch an entire season where Sam and Dean just go around hunting things each episode, using Cas for help from the bunker. We got to hear more of Cas’s dry humor which has been lacking a bit lately. Sam tells Cas to read a book or “watch some Netflix” to which Cas replies “What’s a Netflix?” At least they don’t have to worry about Cas having anyone over to “Netflix and chill” while they’re gone. It’s writing like this that has kept Supernatural going for eleven seasons, and they need to do episodes like this more often.

The Sam and Dean relationship in this episode of Supernatural is much less annoying than it has been lately. They were bonding as brothers, having heart to hearts about their parents, and even singing some Bob Seger together. The Winchester brothers bonding and joking around are other instances when the writers really hit their stride and put out great stuff. I want to see more of the brotherly love the rest of the season and less bickering ALL THE TIME.

We still got a little animosity from Dean when Sam reveals he prayed to God after he was infected with the Darkness zombie disease. Sam also tells Dean of the vision he had in the hospital as well as one he just had about their dad being in the Impala with him, and warning him about the Darkness. Apparently only Sam and Dean can stop it. Go figure. John Winchester also leaves Sam with this helpful nugget: “God helps those who help themselves.” Neither Sam nor Dean can make heads or tails of this, but Sam is convinced God is trying to communicate with them somehow.

I made the prediction in my first review that we would finally have God revealed to us in this season of Supernatural and so far all signs are pointing to me being right. My original thought was that the woman from Deans vision in The Darkness might be God, but it’s looking more and more like she really is just evil Amara. Oh well, can’t win them all.

They’ve also made mention of Lucifer and Michael this season of Supernatural, and it wasn’t on accident. I’m under the impression that God, Lucifer, and Michael may have to work together with the Winchesters somehow to take down their mutual enemy: The Darkness.

With more episodes like “Baby” and a formidable baddie like Amara, this season of Supernatural could turn out to be one of the best yet. I’m really hoping for more monster of the week type episodes, and based on the early buzz about how great this episode was, I’m sure they will be implementing more in the future. Supernatural deals with a lot of scary stuff, but it is at its best when it mixes in the humor and creativity to change things up.

Alright, where are my pizza rolls? Time to get back to my Halo 5 marathon.