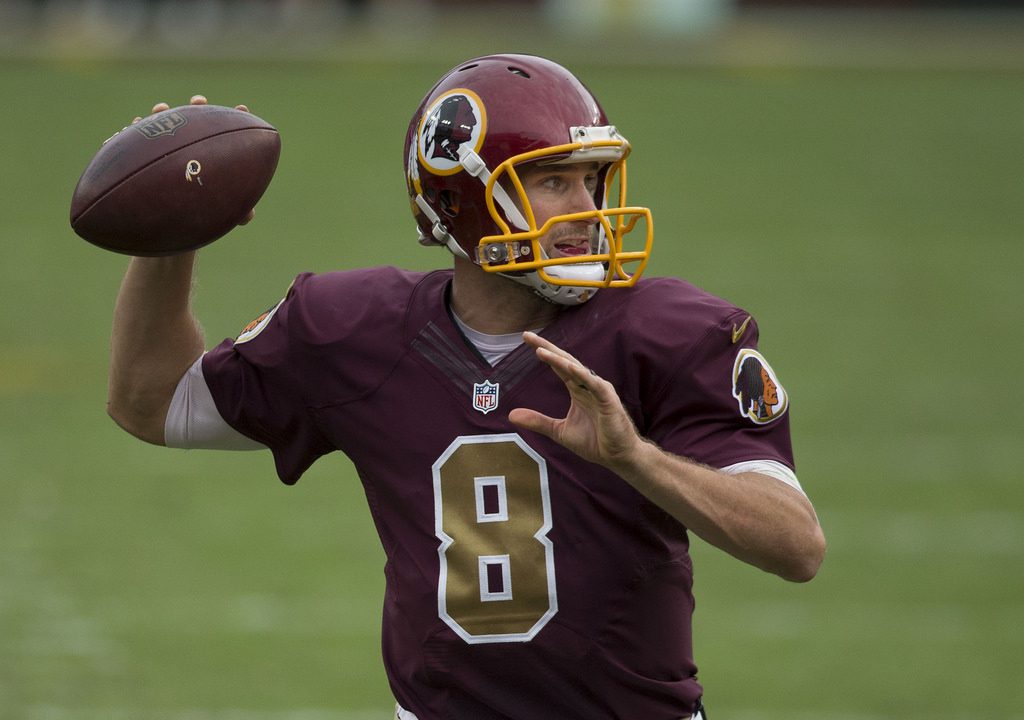 Hey y’all, I hope everybody had a fantastic Thanksgiving weekend. I’m sure everyone felt a little short-changed last week when I dished out an abbreviated picks column that was more of a plug for my Top 50 NBA Players Countdown and my Rocky Week contributions. Well, I’m back in business this week, and hopefully the results will come with a little more insight to the games. Last week I limped my way to an 8-8 record, and on the season I’m four games worse than I was last year at this time. That’s unacceptable. It’s time to throw on the Creed soundtrack and get motivated to make some NFL picks.

One of these home dogs are winning outright this week. That’s just how it goes. When you have two above average teams playing a below average divisional opponent on the road, they both aren’t allowed to win. God made that rule up, not me. The problem here is I can’t decide which one it’s going to be. Green Bay looks obvious, almost too obvious for my liking (they’ve lost four of five and the Lions are suddenly surging thanks to the offensive genius of Jim Bob Cooter). Arizona isn’t quite as obvious, but they’ve avoided the full-fledged stink-bomb game this year and it’s coming sooner or later. Either way, I’ll play it safe and hope I get one out of two.

My Giants/Patriots Super Bowl prediction from a few weeks back kind of hinges on this one, right? Well, actually, given the current state of the NFC East the Giants could probably roll into the Playoffs with a 7-9 record. Either way, it scares me that the Giants offensive line is banged up, and the Jets defense is one of the last that you’d want to go up against with a short-handed O-Line. It also always  scares me to pick against my mothers favorite team (the Jets). If I’m dropping hints next week about not being properly fed over the weekend, you know it’s because she was pissed I didn’t pick the Jets.

All signs point to Minnesota here, and I say that knowing that Seattle is actually the road favorite in this one … Seattle going west to east has been a problem historically, Jimmy Graham is out for the year, the Seahawks got their first win of the season against a team with a winning record just last week, and the Vikings have been solid for two months, only nobody takes them seriously. It’s just that it’s hard to imagine that the Seahawks won’t turn it on and make a late season run until they prove that they can’t do it anymore, and for all I know that might be this year. The offense is shaky (though last week they showed a little bit of juice) and a once heralded defensive unit has been legitimately unimpressive all season long. I’ll still take the more desperate ‘Hawks, but I’m not feeling at all good about it.

Hey, speaking of shaky, how about the Atlanta Falcons, who have been so bad over the last two months that I think we can say that they have leaped right past shaky and are just totally shook at this point in time. Until further notice, I don’t trust the Falcons regardless of who they’re playing, where the game is, or whether or not Devonta Freeman is on the field.

A few times a year I like to send a shout out to the NFL Red Zone channel just simply for existing. It makes being an educated football fan so much easier, and living in southwest Florida, it’s allowed me to miss a substantial portion of the Miami Dolphins season. Once again, a top notch job Red Zone channel. Watching the final days of “Joe Philbin, head coach in the NFL” and anyone being able to defend Ryan Tannehill was not something I was looking forward to, and luckily I’ve only been subjected to it in small doses.

A few Texans defense related statistics that should worry every single Bills fan and delight every single Texans fan: Over the last four games the Houston Texans are 4-0, they’ve allowed 35 points in those four games, forced eight turnovers, sacked the opposing quarterbacks 16 times and are only allowing 250 yards per game. Hey, it’s better late than never, right? This was the Texans defense I expected to see when prior to the season I predicted they would win 18 games during the regular season. Yeah, 18 games. No, that wasn’t a typo. Don’t believe me, just click here. I’m only 12 games off right now.

Cincinnati over CLEVELAND
TENNESSEE over Jacksonville
Kansas City over OAKLAND

Allen Hurns, T.J. Yeldon, Charcandrick West and Travis Benjamin will all be on my bench this week for the first game of my fantasy football playoffs, and that means at least one of them is going score at least 70 points, That’s what always happens, without fail, every year. It’s just a matter of if the dudes that I do play blow it for me or not. And speaking of fantasy football, is it weird that I’m worried about the fact that my starting quarterback is Aaron Rodgers, my former back-up is Blake Bortles, and this week I’m playing against Blake Bortles in an elimination game? Is there such thing as a revenge game in fantasy football even when none of the players involved have any clue that those are the stakes of the game? If there isn’t such a thing, then I’m about to become the first victim of whatever this phenomena is.

There’s good news and there’s bad news for all individuals like myself who identify as a Chicago Bears fans. I always like getting the bad news first so that way there’s the possibility that some really cool good news can ease the blow of bad news. The bad news is the Bears can go 9-7 or 10-6 and still miss the Playoffs. The good news is it’s actually plausible, and dare I say likely, that the Bears can go 9-7 or 10-6. Alright, so in this case we learned that good news does not always ease the blow of bad news.

I don’t have any nits to pick with the Carolina Panthers. I’ve been looking and I still can’t find any. And no, conventional wisdom definitely would not suggest that the New Orleans Saints are going to win this game, especially after they got spanked last week and haven’t really resembled a well-rounded football team at any point this season. And yet, I had the Saints as my pick right until the last minute. Maybe it’s wishful thinking that we’ll be treated to one more vintage Drew Brees performance in New Orleans, or maybe I’m just waiting for that other shoe to drop with the Panthers, because it seems nuts to think they’re as good as they’ve looked, because they’ve looked really fricking good.

So I’m not one who likes to point at officiating and use that as an excuse for why a particular team won or lost a sports contest, but as long as you were an unbiased viewer for the Pats/Broncos last Sunday night as I was, it’s hard not to say that the lion’s share of the poor calls from that game (and there weren’t a shortage, that’s for sure) happened to go against the defending Super Bowl champs. With that said, their cause wasn’t helped by a muffed punt that allowed Denver to get back in the game, a couple handfuls of notable injuries, or Brock Osweiler looking somewhere between ten and fifteen times more equipped to be a starting quarterback in the NFL than Peyton Manning has over the last three months. I think that was a preview of the AFC Championship Game, so long as Osweiler remains the starter, and no, I can’t believe I just typed that either.

Isn’t a little kooky that the Colts and Steelers are both 6-5? The Colts have survived numerous close calls, haven’t looked good all season (you could probably make an argument that their best performance was a home loss to the Patriots) and have battled “Is Chuck Pagano gonna be the head coach next year?” and “Is Andrew Luck overrated” drama all season long. Meanwhile, the Steelers have been up and down all year but still feel like the most credible threat to New England in the AFC, even if their record suggests they’re closer to falling out of the Playoffs than making a Super Bowl run. As long as Ben Roethlisberger plays, and we can assume he’s going to since he regenerates when recovering from injury like he’s a goddamn snake, I’ve got the Steelers at home and I’ve got the Steelers as a tricky Wild Card Round matchup for whichever division winner it is that draws them.

Washington and Dallas in Primetime … no Kirk Cousins, I don’t like that.