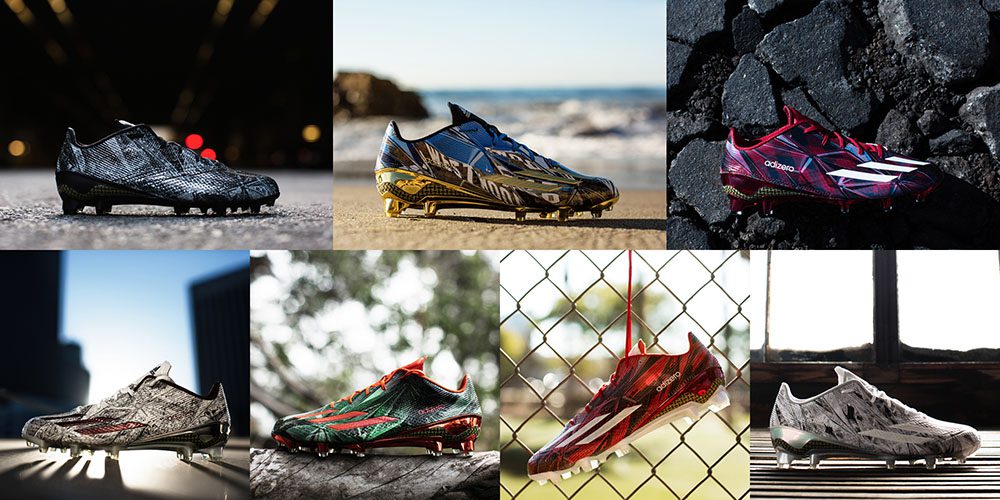 This is an update of the adidas Cleathead Collection. You can see the original piece here, but what’s new is the updated look at the complete Cleathead set, using the adidas adizero 5-Star 5.0 x KEVLAR® as its star model.

Enjoy, courtesy of our friends at adidas. 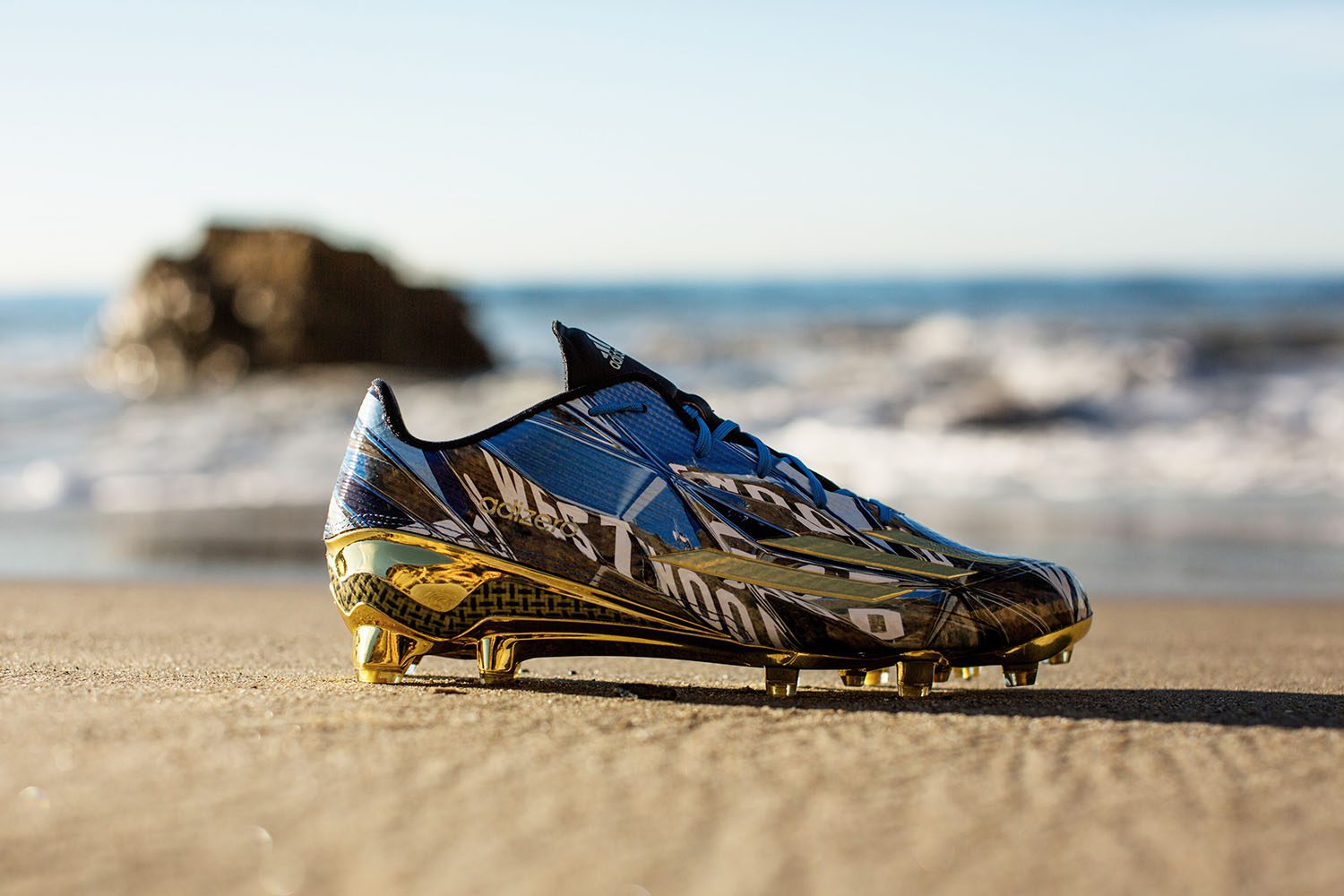 · adizero 5-Star 5.0 x Kevlar ‘Showtime’ – Inspired by the iconography and neighborhoods that make up Los Angeles.Westwood is set between Santa Monica and Beverly Hills and the epicenter of SoCal football culture. The ‘Showtime’ represents living that “Hollywood” lifestyle and playing for the spotlight. 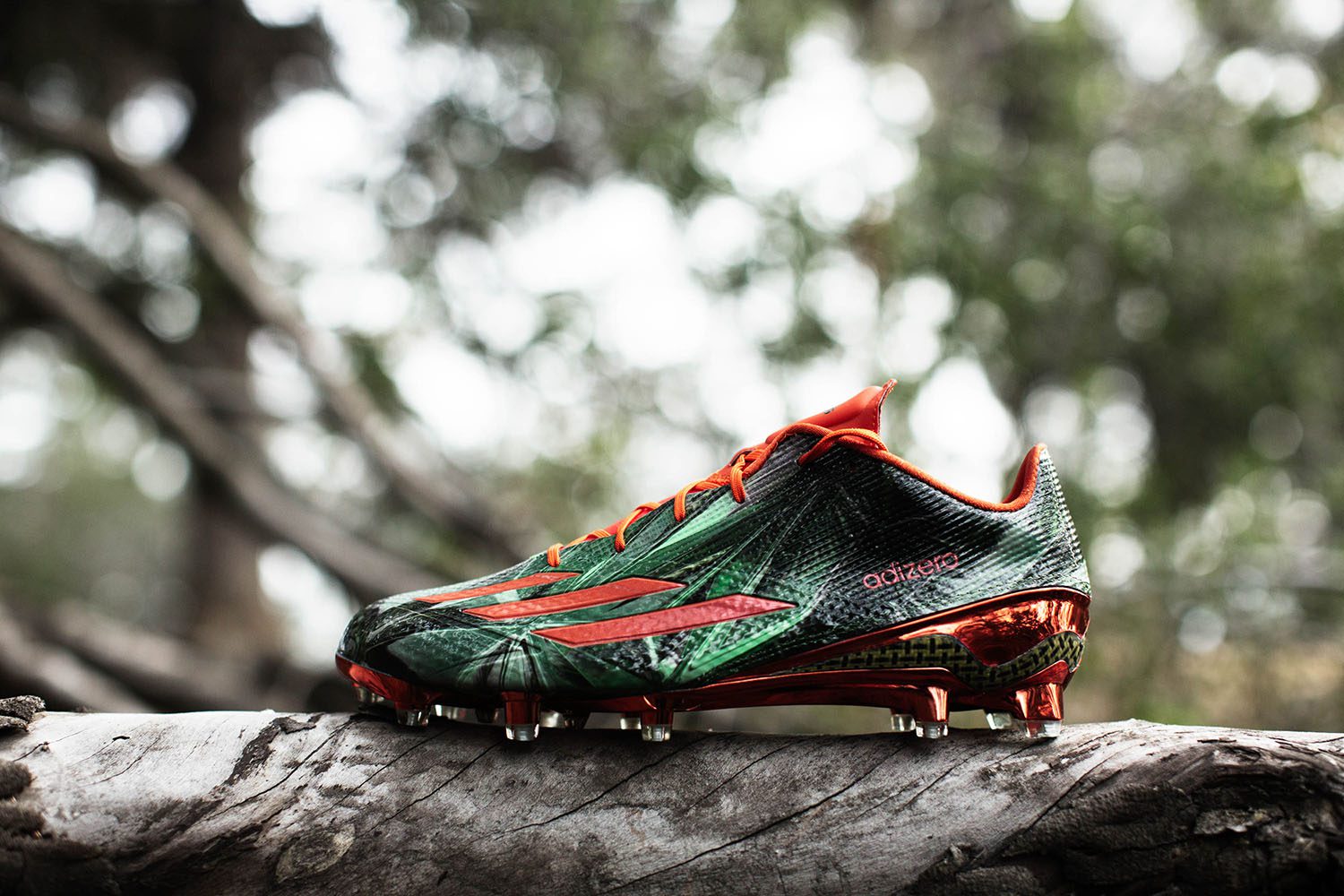 · adizero 5-Star 5.0 x Kevlar ‘Natural’ – Personifying the landscape and energy that surround the cities and football talent along the coasts. The ‘Natural’ reflects the laid-back lifestyle, combined with the natural talent and ability that makes it seem as if the game comes easy to this player. · adizero 5-Star 5.0 x Kevlar ‘Foreman’ – Signifying the hard-nose, blue collar, no-nonsense work ethic and industrial cities that America was built on. The ‘Foreman’ is dedicated to the player that is ‘always-on’ and committed to winning by outworking their opponent at every level. · adizero 5-Star 5.0 x Kevlar ‘Tailored’ – Taking visual cues from the texture of the fabrics that are combined to create the woven patterns of the innovative TECHFIT uniform. The ‘Tailored’ focuses on the attention to detail and style for the player that has that signature look. 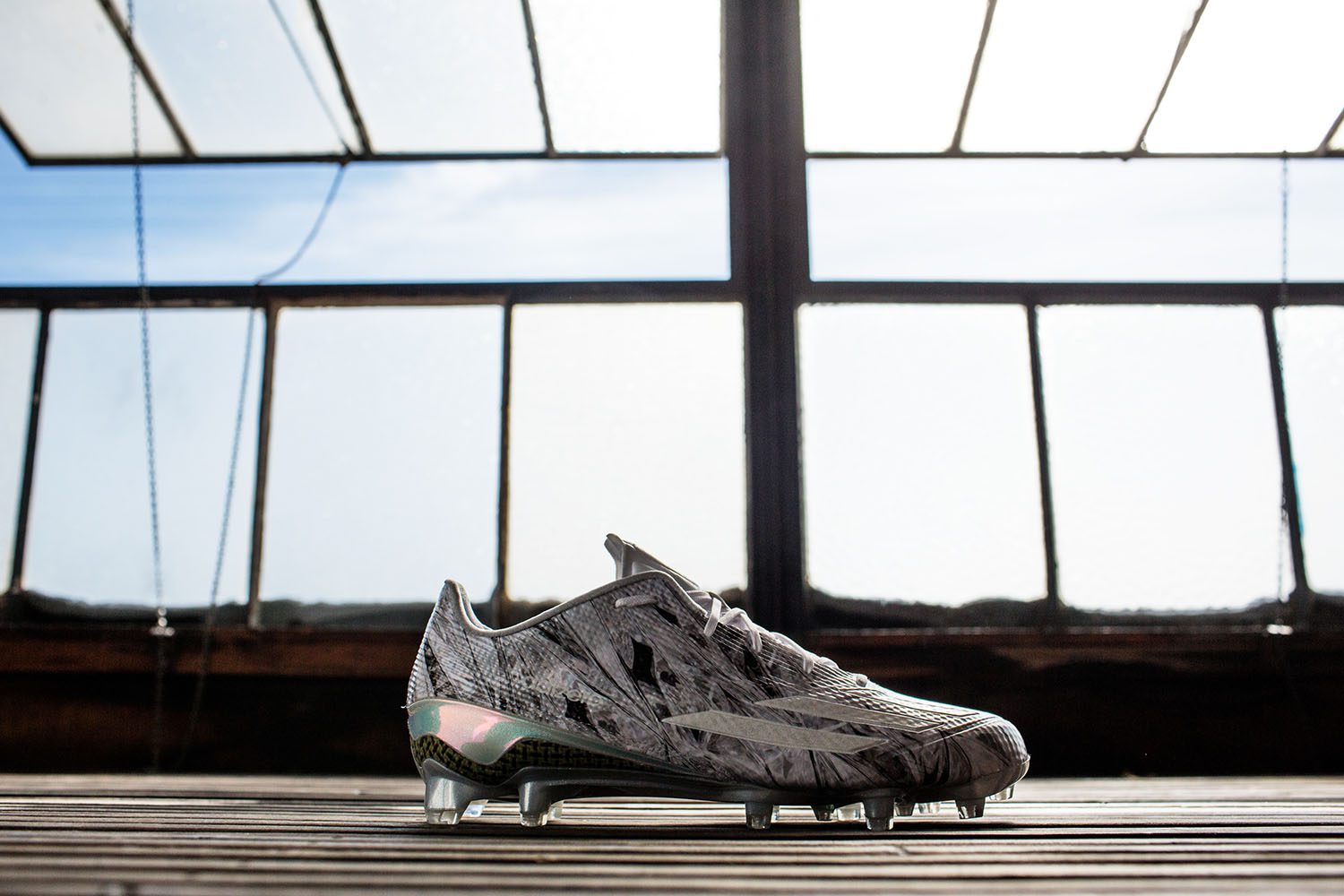 · adizero 5-Star 5.0 x Kevlar ‘GLO’ – Highlighting the clarity and precision cut of diamonds. The ‘GLO’ showcases the mindset of having some flash and style, while having ice in the veins and being clear under pressure. · adizero 5-Star 5.0 x Kevlar ‘Rattler’ – Embodying the patterns and instinct of the desert rattlesnake. The ‘Rattler’ announces its presence and lets the opponent know they’re in for a long day. 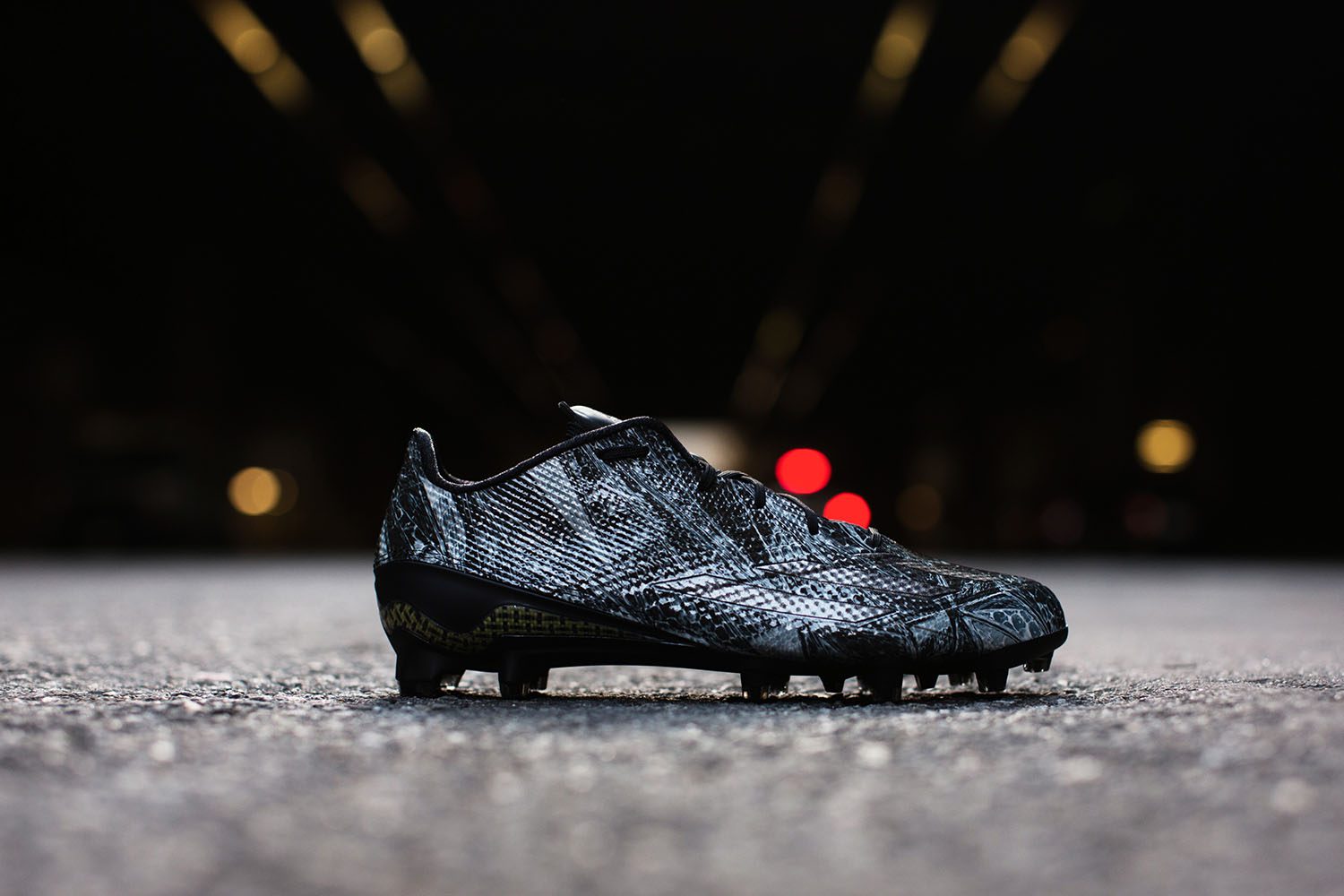 · adizero 5-Star 5.0 x Kevlar ‘Viper’ – Representing the colors of the black viper snake. Stealth in nature, yet clearly visible when provoked. One play can change the game. One strike and it’s over. …

· adizero 5-Star 5.0 x Kevlar ‘Gambler’ – Inspired by the iconic Flamingo casino, along with the visual noise and neon signs of the casino strips around the globe. The ‘Gambler’ taps into high-stakes energy and that ‘go-for-it-all’ mentality and style of play.

The 2016 adizero 5-Star 5.0 x Kevlar
Engineered for playmakers, designed to showcase style. Lighter than any competitor cleat at 7.9 ounces,the lightweight adizero 5-Star 5.0 features a durable, flexible a SPRINTSKIN upper with SHOCKWEB reinforcement. The 5-STAR FRAME, featuring a plate reinforced with KEVLAR®, is the optimum blend of lightweight, strength and traction.

Kicking off in 2013, the original adidas Football ‘flage’ design featured a 2D zigzag pattern called Carmouflage, which was inspired by the pattern that car companies use as wraps when testing unreleased cars. In 2014, the ‘flage’ pattern saw the inception of Mantraflage, which featured a variety of words that described the play and mindset of athletes on and off the field.