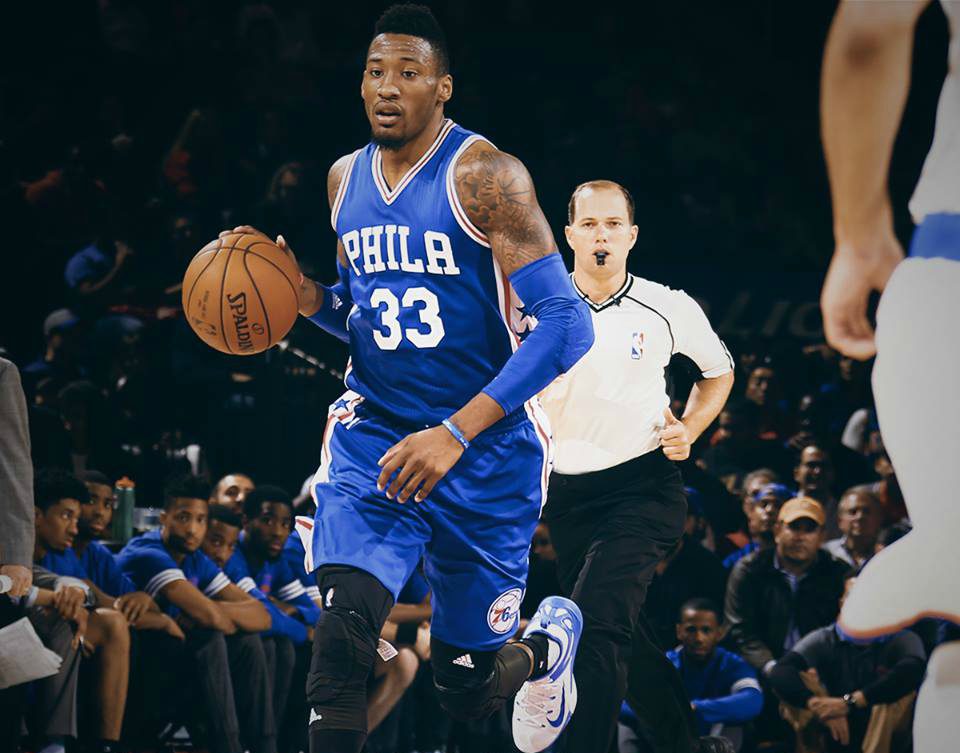 As a longtime 76ers observer who has sat and watched every moment of the dreadful 1-25 start, I often find myself starring off into space with a confused look on my face asking myself, “why?” Why do we turn the ball over so much? Why can’t we make a shot? Why can’t we win a ballgame?? On Monday night against the Chicago Bulls, I realized that I need to stop asking “why?” and instead ask “how?” How can a team play so flawlessly in one half only to flush it down the drain in the blink of an eye? In one of the weirder games of the season, the Philadelphia 76ers fell to the Chicago Bulls 115-96 on Monday night, dropping Philly to 0-14 on the road and 1-25 overall. The blowout loss was mind-boggling considering the Sixers had, according to Brett Brown, their “best first half of basketball this season” scoring 56 points on 47.9 percent shooting and taking a five-point lead into the break. Then things got really ugly! The 76ers who played with so much poise and composure in the first 24 minutes, looked unrecognizable in the 3rd quarter, committing seven turnovers and going 5-21 (23.8%) FG as Chicago outscored Philly 34-12 in the period and cruised to their third straight victory.

Getting Buckets
After shooting just 30.4 percent from the field in the 1st quarter, the Sixers got red hot in the 2nd, scoring 37 points on 16-25 (64%) shooting as Philly erased a nine-point deficit and took a five-point lead entering halftime. The Sixers blistering quarter was highlighted by an 11-0 run led by Tony Wroten who scored nine of the 11 points including back-to-back three-pointers that seemed to ignite the once lifeless Philadelphia offense. For Wroten, who came into the game averaging only 5.0 PPG on 29.4 percent shooting, the 2nd quarter stretch was a welcoming sign for the man who led the Sixers in scoring last season before falling victim to a torn ACL. Jahlil Okafor also had a brilliant first half scoring 16 points and hauling down four rebounds in just under 16 minutes of action. Okafor, who became the first Sixers rookie since Allen Iverson to record three straight 20-point games, aggressively attacked the rim against the elder Pau Gasol and at times, forced Chicago into a double team, which allowed the Sixers to convert on wide open perimeter jump shots.

The “Real” 76ers
As the 76ers continued to score on the Bulls at will during the first half, I kept thinking to myself, “How long is this going to last?” Well…not very. Chicago, who holds the second best record in the Eastern Conference, came out of halftime red hot, outscoring the Sixers 18-6 in the first five minutes of the 3rd quarter and 34-12 overall as they took a commanding 17-point lead entering the 4th. On the other hand, the Sixers, who were in such a groove offensively in the 2nd quarter, had more turnovers (7) than made field goals (5) in the 3rd quarter, producing only 12 points on an ice cold 5-21 (23.8%) from the field.

In the 4th quarter, the Sixers continued their offensive awfulness as they were outscored 12-1 in the opening minutes and trailed by as many as 28 at one point. Sixers reserves made an effort to bring the score back to respectability, going on a 10-0 run to cut the Chicago lead down to 18. Unfortunately, it wasn’t enough as second year Yugoslavian forward, Nikola Mirotic, drilled three deep three-pointers to seal the game for the Bulls.

Homecoming
Monday night was a ‘Welcome Home’ party for Jahlil Okafor, Robert Covington, and Richaun Holmes who were all raised in the surrounding Chicago area. Playing in front of family and friends, Okafor had another monster performance, recording his fourth consecutive 20-point game with 22 points and eight rebounds in 37 minutes. Covington added 15 points to the stat sheet, but struggled from beyond the arc shooting just 3-11 from distance. Richaun Holmes came off the bench to provide the Sixers with some much needed energy, throwing down two thunderous dunks for four points and three assists on the night.

Know Your Role
Despite the fact that Derrick Rose (4 pts) was almost invisible for the entire night, the Bulls were able to blow the 76ers away with a well balanced attack that allowed Chicago to score 115 points, 17 above their season average. Bulls starters Tony Snell had a double-double (16 pts, 11 rbs), Pau Gasol flirted with a triple double (13 pts, 7 rbs, 6 ast), while All-Star Jimmy Butler contributed a game-high 23 points in 28 minutes. Chicago’s bench play was even more impressive led by Nikola Mirotic’s 17 points and five three-pointers, 15 points and eight assists (both game highs) from Joakim Noah, and 13 points from former Creighton standout Doug McDermott.