When Andy Stumpf was no longer an active member in the Navy SEALs, he was left with the unrelenting desire to give them all he has. After all, the SEALs have given him the life he has lived. So in order to reciprocate the feeling, he decided to give it all back—by putting life his life on the line through skydiving. His goal is to break the wingsuit record to raise money for the Navy SEALs.

Learning to free-fall from a plane isn’t exactly something you learn. It takes a combination of luck, patience, and some an entire physical training crew. The Baller Mind Frame Sports recently had the opportunity to talk to Stumpf who is accomplishing his goal thanks to Skullcandy.

The Baller Mind Frame: How has your family impacted by your decision to break the wingsuit world record? Did they initially support you, or were they hesitant at first?

Andy Stumpf: I think that the desire to support the families of the SEAL community begins with my own family.  Every solider deals with the stresses associated with deployments, to include fears of what will happen to their families if something should happen to them, in their own way.  American servicemen and women are asked to sacrifice for this country every day, and it is the support of their families that makes their dedication, loyalty, and sense of purpose possible in the first place.

I often thought of my family, as I know others do, and knowing that an organization like the Navy SEAL Foundation exists with the sole purpose of supporting those families, as well as preserving their legacy provides an incredible amount of peace.  Having seen first hand what the SEAL Foundation has done for the families of the NSW community, and knowing they would have done the same for my family was the single largest motivating factor for me in attempting this record.  My family has again, been incredibly gracious with their support, and I would not have been able to accomplish any of this without them. 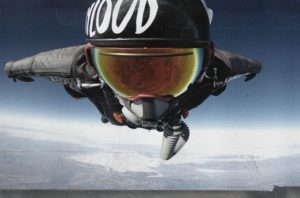 TBMF: Is there a significant difference between training in the Navy and training for wingsuit jumping? Do you have a preference?

AS: Surprisingly, the only similarity between jump training in the Navy, and wingsuit training is that both involve exiting an aircraft in flight.  The military training was always focused on the military mission.  We trained to jump into all environments, with and without equipment, at any time of the day or night.  The wingsuit jumping is very specific, and I am able to focus on just one discipline, instead of trying to maintain my skill level across many.  To really get good at flying a wingsuit you need to spend a lot of time in one.  My training was specifically focused and targeted towards the record attempt.  Given a choice between the two, I think I would have to pick the wingsuit.  The military jumps were amazing in their own right, but the feeling of flying through the air in the suit has been one of my favorite experiences to date.

TBMF: Is there an event or series of events that made you decide to dedicate your time to raising funds for the Navy SEALs? Was this during your time as one?

AS: I cannot point to one specific event, or even a distinct series of events that led me to these fundraising efforts.  After 17 years in the military, it is hard to just take a uniform off and be done.  The reality is that we live in a very dangerous world.  I do not foresee a time in the near future when we will not need forces deployed around the globe, and units standing by here at home ready to deploy at a moments notice.  Having lived in that world, the desire to do something impactful does not disappear when you leave the service.  This fundraising, for me, is a way to stay engaged and support the community of individuals I worked with for the majority of my adult life.

TBMF: Can you describe the feeling of jumping from the plane? What are you thinking before and after you make the initial jump?

AS: It is hard to accurately describe what it feels like to fly a wingsuit.  You can absolutely feel the forward speed, and you are in total control of your flight path.  I guess it feels like a razor sharp knife cutting through an apple, and you are the leading edge of the blade.  My thought process varies depending on the type of jump I am doing.  If I am in the skydiving environment I am focused on what I want to accomplish in the particular jump, and usually have a massive grin on my face flying next to my friends.  In the BASE jumping environment I am much more focused, and am concentrating on each sequential step to ensure everything goes as planned. 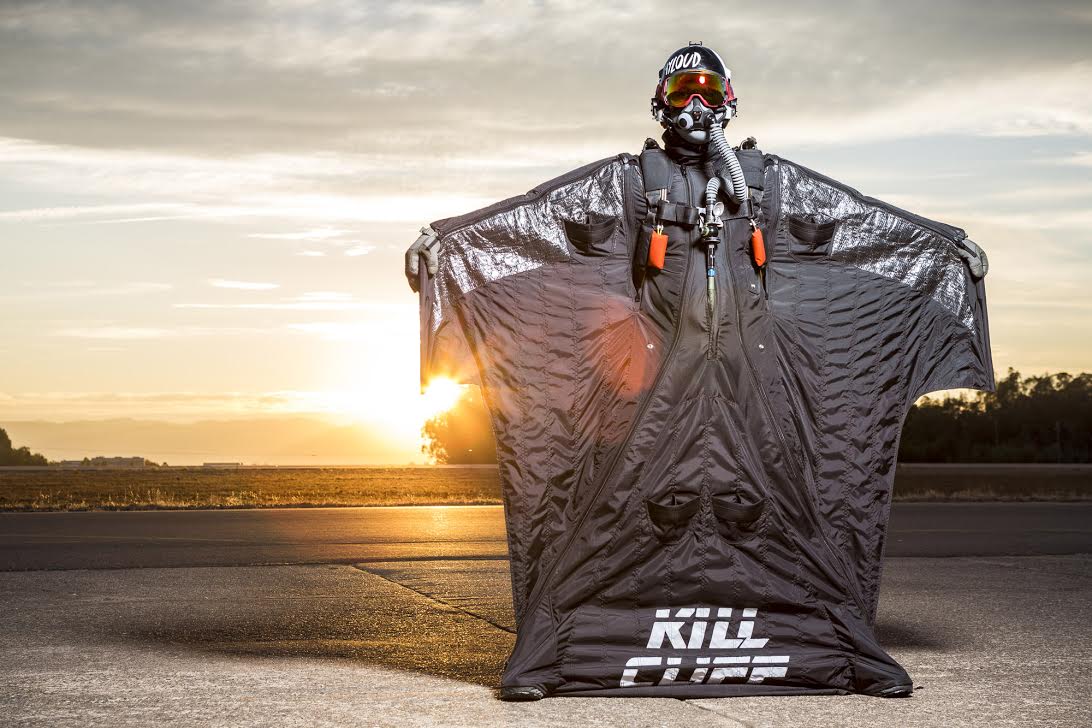 TBMF: Skullcandy’s Human Potential lab helped during your training. Can you describe your experience with the team and in what way have they impacted your training the most?

AS: The Skullcandy Human Potential lab was a huge help.  My physical training before and after working with them looked very different.  Prior to engaging with their crew, most of my training was based on general preparation.  I worked towards a well rounded fitness level, but did not really target anything specific, mainly because I did not know what to target.

The Human Performance lab really dug into the physical aspect of what is happening when I fly my suit.  We measured oxygen saturation on a variety of muscle groups to get a precise idea of which muscles were active, to what level, and when.  Based on that information I was able to target specific training that replicated the exact demands of the suit.  To say that it helped me would be a drastic understatement.

TBMF: Given that the new year is upon us, is there a message you’d like you express to the world going forward in 2016?

AS: It is very easy to take what we have for granted, I am guilty of this as well.  Most of us are consumed with the demands of our own lives, and we don’t take much time to think outside of ourselves.  It is easy to forget, that every minute of every day, there are those protecting the things that we hold dearest.  They are volunteers, and they are doing their job for YOU.  They are volunteering to fight for your right to disagree with everything they believe in, to express yourself freely, to practice the religion of your choice, to be the person that you want to be.

Take just a moment each day to think about that sacrifice, and appreciate the things that we have.  It is because of the support of their families, and that of the American people that allow them to do their jobs.  I think that if we can remember that, we are headed in the right direction.