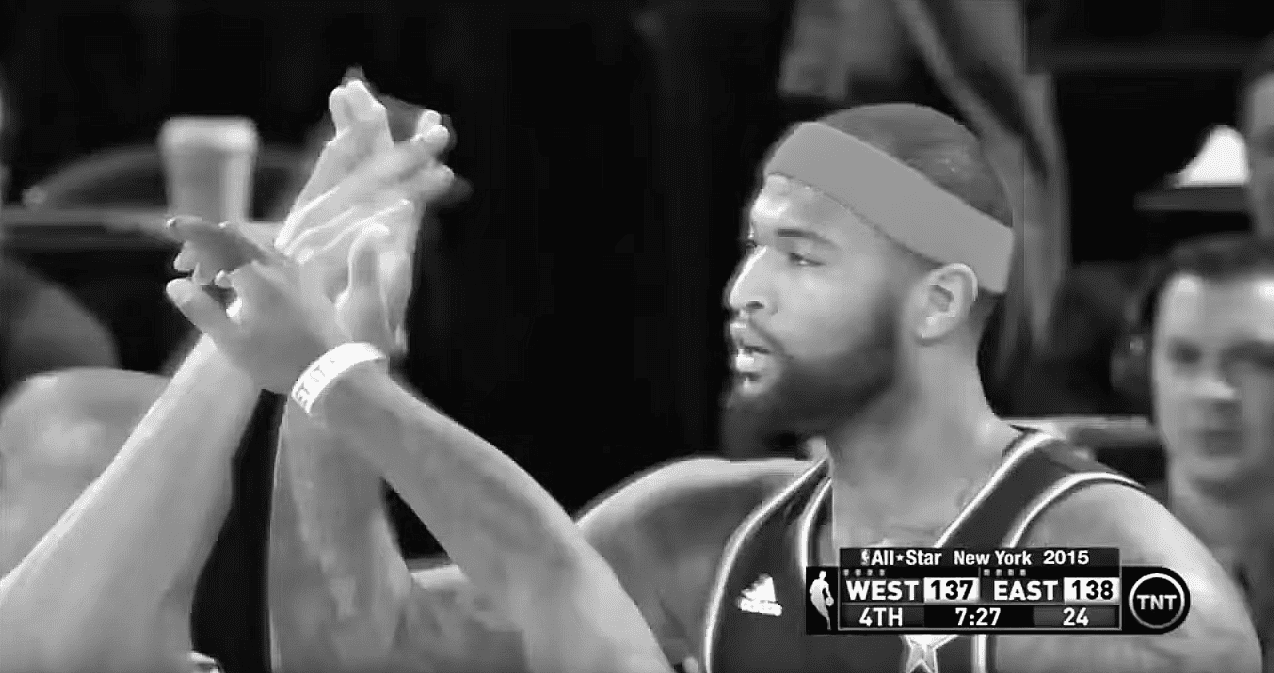 In the past week, Justin Bieber provided Los Angeles Clippers point guard, Chris Paul, with more than 20,000 All-Star votes. Which begs the questions, when will Snooki get off her high-horse and endorse T.J. McConnell as the starting point guard for the Eastern All-Star Team?

The point of this isn’t to say that McConnell deserves a chance to command the East to victory in Canada (which he totally does). But, the fact of the matter is, that All-Star voting system is broken.

This has been a developing problem over the past couple of years and a number of issues have arisen. The correct players don’t get into the game (McConnell), social media voting devalues the importance of the vote (Justin Bieber!), and potential Hall-of-Fame candidacy (To be decided) is hindered. While the All-Star Game has been great for fans it will continually be less great for the players over time.

Take a look at the voting system used by the NBA.

A simple hashtag or an SMS text message are the only restrictions that people have in order to vote. Anyone with a phone and internet connection is allowed to join. When a hashtag is used, re-posting the hashtag also counts towards vote-getters. So, the only real restrictions from voting at this point are basically having T-Mobile and the inability to communicate with the world anywhere outside of the store itself. Which, doesn’t necessarily lead to the most accurate voting representation and lowers the value of the game to about the same level as an eighth-grade class president poll.

My eighth-grade class president wasn’t a 6’ 10” 269-pound monster that was averaging 31.6 points in the month of January. She was a girl that I wanted to impress and would use any excuse I could to talk to!

This is the same train of logic that the casual fans use to vote for their “favorite” players.

Fans vote for the players they wish to see a very stimulating game of alley-oops, three-pointers, and Shaq making some sort of outrageous appearance. These have all been the lifeblood of the All-Star Game and have ultimately led to the determinate of the value of the vote. Players like Kobe Bryant and Zaza Pachulia are All-Stars products of bigger market organizations and wide-spread notoriety.

While the argument that a small-market team like Oklahoma City has disproven this with Russell Westbrook and Kevin Durant both playing in the All-Star Game; unfairness in voting isn’t the major issue. Granted, these players are popular mainly for carrying the weight of their team. Goodness gracious, they are the third best team in the West with players like Dion Waiters and Kyle Singler getting minutes. But, I digress.

The issue of the voting system is that it devalues the legacy of the players in the league.

If you take a look at the resume of all of the NBA Hall-of-Fame players, they are drenched in All-Star selections. These selections carry a large weight, especially when the committee votes for inductees into Springfield, Massachusetts. This could hurt some of the best players in the league who currently aren’t on 15+ ESPN marquee games a year. Players like Damian Lillard, Andre Drummond, and even Jimmy Butler are bonafide greats of the league, but neither are certainly partaking in the festivities.

Teaming up with celebrities to raise votes, large-market associations, and voters with an I.Q. of 12 are slowly ruining the beauty of being an All-Star in the N.B.A.. What it actually means to be one of 24 of the best players in the league should be of more importance to the association and the players themselves. This is a privilege and an honor that is shared throughout the league and is a way to honor the amount of work and commitment that they men have put towards developing their game.

Every player is granted the same resources as the rest when they arrive in the league. The development of the game is left up to the player and they should be rewarded for their excellence and standing out in the league.

Take a player like Isaiah Thomas as a prime example. Thomas was the 60th overall pick in the 2011 and draft and stands at 5’ 9” and weighs 185 pounds. In his first season in the league, Thomas was buried on the bench and didn’t see very many minutes until towards the end of the season. When Thomas finally got his opportunity to play, he took advantage of every game that was available and became the starter for the Kings in the following season. He continually worked on his weaknesses and now he leads the Eastern Conference point guards in points, is second place in assists, and leading the Boston Celtics to the brink of playoffs with 22-wins thus far.

Thomas isn’t an All-Star starter as Kyle Lowry was voted instead. Thomas actually placed ninth in Eastern guard voting, behind the likes of Kyrie Irving. As a reminder, Irving missed the first 26 games of the season and is averaging five fewer points per game, three fewer assists, and one less rebound than Thomas. Kyrie was also the first overall pick in 2011, 6’3”, and plays with LeBron James and Kevin Love.

The point being that All-Star voting is done by a bunch of idiots, myself included.

The process doesn’t reward those that are deserving and is becoming more commercialized as time continues on. My T.J. McConnell dreams must continue on!

Whatever my opinion may be, the free marketing for the NBA is priceless and this process will most likely never change. Regardless, there are two easy ways to fix this broken system.

The first being, cancel the re-posting system.

The process of having a re-post count for a vote is an issue as it is too easy to advertise for large scale voting. If Niel DeGrasse Tyson tells me that I can impress him with my ability to vote Charlie Villanueva as an All-Star at the click of a button, why wouldn’t I do it?

All-Star appearances may not be as valuable as this article makes them out to be, but they do carry an importance whether it is acknowledged or not. If you want to see your favorite player in the league, you should have to cast the vote yourself.

The second solution and the primary focus of this article are that the NBA should make a third All-Star team that solely contains DeMarcus Cousins. Team DMC should be allowed to play on both sides of the ball for whatever team he prefers. At the cost of votes Enes Kanter received over Boogie, I believe that this is the only way to make this fair.

DeMarcus Cousins is without a doubt, the most complete center (singular on purpose) in the entire league and is a deprived of All-Star selections due the circumstances of his condition. Playing on a team with an impatient owner, small-ball coach, and in the Western Conference why should any casual fan of the game expect him to succeed? Sacramento has been an easy target and often taken advantage of as click-bait with completely unsupported rumors. Many have been quick to judge and written off the rag-tag team of the NBA’s misfit toys and placing a majority of the blame on the temperament of Boogie. An unjust and wrongful assessment of the player and person that the Kings center truly is.

This has led Boogie to be the poster child of being snubbed for any credit for his talents and accomplishments. Cousins is the fourth highest scorer in the league, ahead of LeBron James, and places seventh in rebounding. In the month of January alone, Cousins has averaged 31.7 points, 13.7 rebounds, and 1.7 steals per game. The two competing centers voted ahead of him, ZaZa and Enes, are averaging 22.1 points per game, combined.

While it has become a stereotype that Cousins has been detrimental to his team, the opposite, is in fact, the case. The Sacramento Kings started the season 1-7 without DMC, and have now gone 7-3 in their last ten games and are a game ahead of the Utah Jazz in the eighth seed and two games back of the Houston Rockets for the seventh.

All in part of the fact that Cousins is playing the best basketball of his entire life. Boogie is averaging 26.1 points, 11.4 rebounds, and is shooting nearly 35 percent per game from three!

Cousins has most recently lead his team on a four-game win streak, beating the Utah Jazz, ending the Los Angeles Clippers’ 10-game winning streak, and dishing out the game-winning assist against the AtlantaHawks. Cousins has dominated the paint and successfully faced up opposing prey and taken them directly to the rack.

The big fella even got me to call the Bell Brothers to fix the amount of fire in my life:

Heck, his extended family even sold me my first brand new car:

The big fella can do it all. This season, he absolutely deserves the starting position in the All-Star game. While there is strong possibility that Boogie could be selected by the coaches as a reserve, not even that much is secure for the most dominant force in the National Basketball Association.

Cousins has never sought out for a public endorsement from a celebrity for votes. Cousins has only played in one nationally televised game this season. Cousins is the best player, in a small-market.

Everything has been stacked against Boogie once again from getting him to Toronto. While DeMarcus has tried to let his numbers do the talking, his league leading stats don’t even seem to be enough to bolster his popularity. Last year, Cousins wasn’t voted in by the fans nor the coaches. He was chosen as an injury replacement for Kobe Bryant who wasn’t even playing that season due to injury.

Cousins epitomizes everything that is wrong with All-Star voting. If he doesn’t receive the selections that he deserves his legacy changes dramatically. Boogie has done absolutely everything in his ability to turn around an entire franchise and is causing reason to believe that Sacramento will be a playoff contender this year. While a championship reigns supreme in the eyes of any player, the recognition for his dominance is still unclear. There is no clear path to a dynasty for a player and Boogie is taking a different approach to discovering his mold in the history of the league.