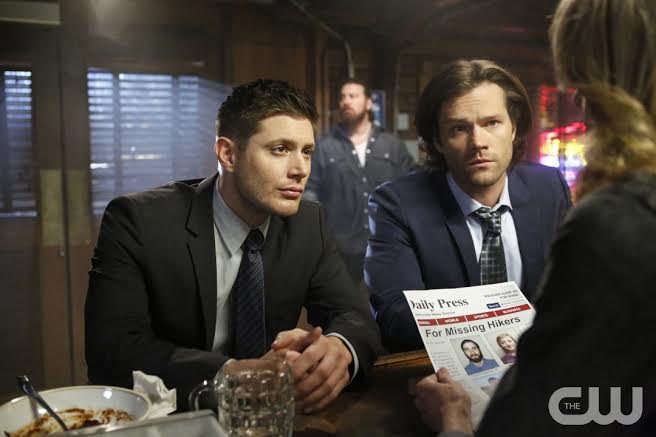 Supernatural was back with another stand alone episode this week that didn’t really advance the main story in any way. However, unlike last week’s episode, I really enjoyed what they did with this one. Although the Winchesters are just fighting werewolves again, which isn’t very creative, we actually start the episode right in the middle of the fight, and quickly see Sam get shot by one of the monsters.

After some quick medical work by Dean, it looks like Sam is in the clear but unfortunately one of the people they saved was bit and is slowly making the change to werewolf. This prompts him to finish Sam off on his own so that Dean will take them to safety. As we all know, Dean does not deal with it well when Sam kicks the bucket, and this episode is no different.

After he plays the hero and gets the people they saved to the hospital, Dean decides it’s time to access his “do anything to save your brother” complex and essentially commits suicide so he can talk to Billie the Reaper. The twist is we now know that Sam isn’t actually dead, and Deans trek into the afterlife is as pointless as it is dangerous.

I really like Billie as a character, so I’m glad they brought her back again and hope they continue to do so in the future. She reiterates to Dean that once they finally die, they will be staying dead, no matter what. This means no deals or anything of the sort will bring Sam or Dean back once they finally meet their fate. Although that does add a bit of danger for our characters, it just doesn’t seem possible that either of the brothers will ever actually stay dead.

Luckily for Dean, he is resuscitated from his “suicide” by the doctor at the hospital, and isn’t reaped by Billie, much to her dismay. Finally both brothers are alive again and no one will be sacrificing themselves for the foreseeable future. They REALLY need to stop sacrificing themselves for each other. It just causes problems and honestly creates more danger for the other one than if they just let nature take its course. That is wishful thinking, though, because I don’t believe there will ever be a time where the selfish Winchester brothers won’t try to get the other one back if they lose them. It’s just how the world works for them.

This episode of Supernatural wasn’t one of my favorites of the season so far, but it was still a solid episode that got creative with Sam and Dean’s saving each other problem. It was cool to see them take the dynamic from a different angle for once, but I still hope they stay away from that specific trope for a while. I always love when we get the monster of the week type episodes, but I’m ready to see what Amara and Casifer are up to. They are great characters and it is time they get back into the rotation. I’m ready for this season of Supernatural to amp up the action and pit our heroes against the real evil of the world.