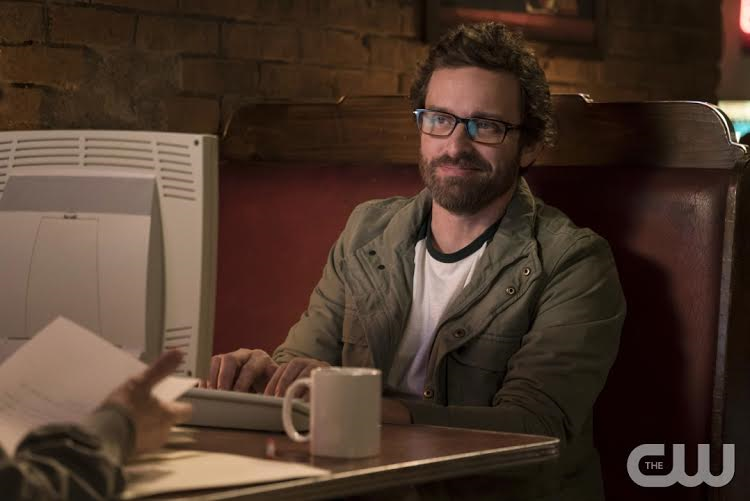 This week’s episode of Supernatural took me on a wild roller coaster of emotions. When it started I really liked it, then there was a portion where I thought I hated it, but by the end I had decided that I absolutely loved it. Well, I loved certain portions of it at least.

After 11 seasons of Supernatural we finally have an answer to one of the biggest questions the show has ever posed: Who is God. Well as it turns out, God is actually Carver Edlund, author of the Supernatural books. At first I was pumped that they brought Carver Edlund back, because he has always been a solid character for the show. However, once it was revealed that Chuck is actually God, I found it to be quite anti-climactic. We’ve been waiting for countless episodes for the show to finally play the God card and when it was finally shown, it seemed to be a let down. It’s not some new cool character, or some ultimate bad-ass, it’s just Chuck.

These feelings of disappointment did not last long, though, because I came to love Chuck’s character as God. He is incredibly funny, but also shows the right amount of wrath and anger towards Metatron when needed. The more he spoke, the more I saw him as God and less as the nerdy author we’ve met before. He has love and admiration for all of his creations, especially nature. Human nature, however, he is not as impressed with. This is why he is in hiding from Amara.

Chuck is too used to having his sister destroy his experiments, and this time he isn’t going to fight it. He decides that it is “Amara’s time to shine.” Luckily for us, a less evil Metatron was there to snap Chuck out of it by accusing him of being a coward. While quite angry about this initially, Chuck soon realizes that Metatron is right and he can’t just sit around while Amara destroys his greatest creation: Humanity.

The song that Chuck sings at the end of the episode when Metatron is reading the re-done autobigraphy is absolutely beautiful and seriously almost brought a couple tears to my eyes. That scene was one of the main reasons I loved this episode so much. The mix of acoustic guitar and great vocals was awesome and made the scene amazing to watch.

The one downside to this episode was that there had to be a Sam and Dean storyline because, well, it is Supernatural. I don’t know if it was because the God storyline was so good, or Sam and Dean’s was actually boring, but this was one of the first times I found myself not caring about the Winchesters at all. They were just taking care of some Amara created zombie people, and anytime it came on I just wanted the show to get back to Chuck so I could learn more about God. He is one of the most intriguing characters the show has brought on.

One thing to mention from Sam and Dean’s scenes is that we found out Dean is immune to the fog that comes around and turns people into murderous zombies. This will definitely come up again later and clearly has something to do with the weird relationship Dean and Amara have together.

At the end, Chuck finally reveals himself to Sam and Dean and the episode ends with a cliche “We need to talk” from Chuck. I can’t wait for Sam and Dean to find out God is on their side now and that they’ve known him all along. I was a big fan of this week’s episode, but I’ll likely love next week’s Supernatural even more.