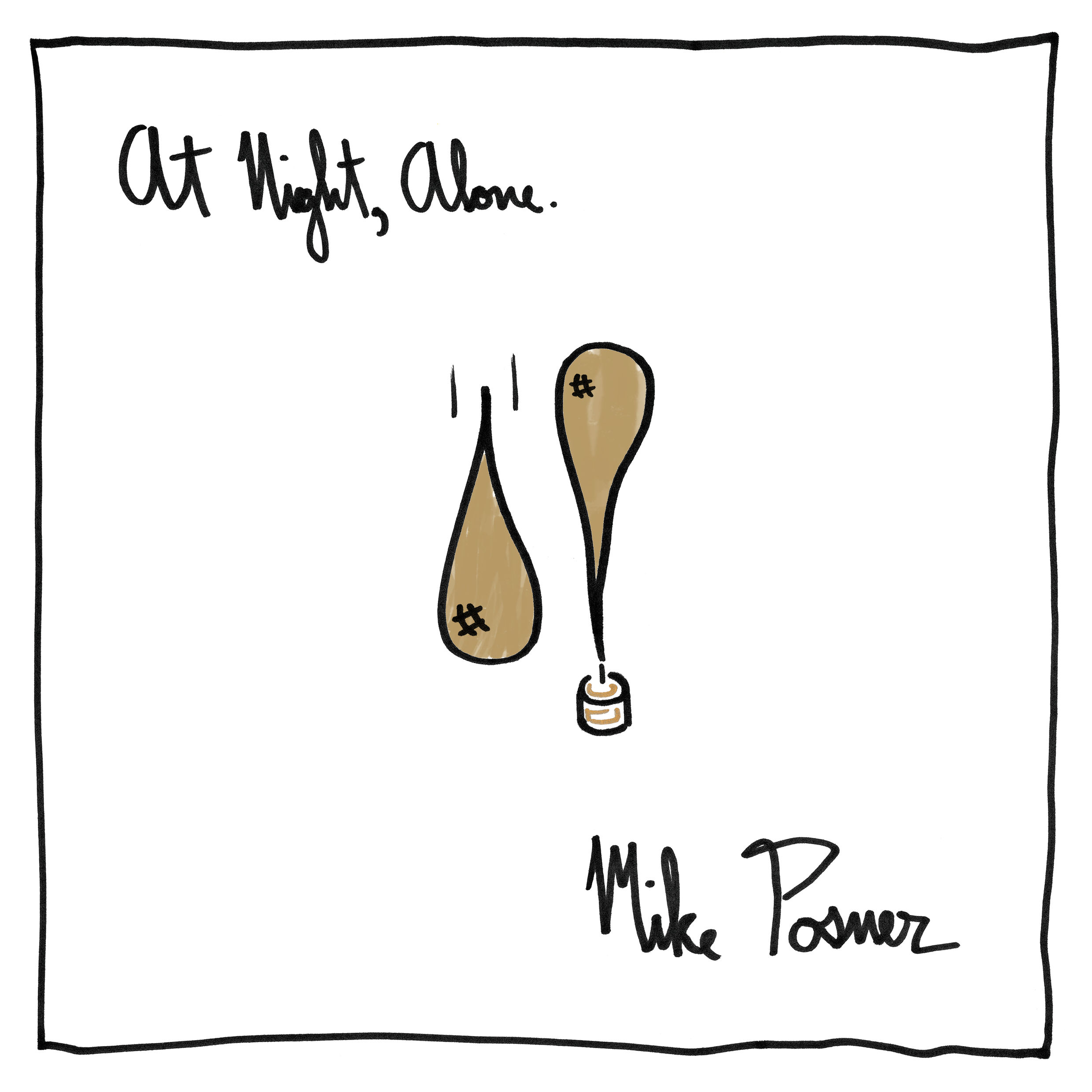 Mike Posner is one of my favorite non-rap artists. That’s something I’ve felt since I originally came across his sound years ago. Widely regarded as having an up-and-down career given his early success matched against struggles over recent years, it’s fair to say he’s rediscovered himself with At Night, Alone.

In a music world of braggadocios material, “I’m better than you” song undertones, and other narcissistic aspects that make various popular artists difficult to listen to, Posner dives deeply into the realm of introspection and self-reflection on his latest album.

Take “I Took A Pill In Ibiza” for example – the original, not the Seeb Remix that has blown up across radio waves. The remix is undeniably awesome and makes for a great listen, but Posner’s original version of the track, one sung at a slow pace with an included third verse, is better. And such is the theme of At Night, Alone – Posner has 12 tracks (2 of which are an opening and closing short comment so it’s actually more like 10) and various sped up remixes to songs already on the album.

There’s a brilliance to that decision. Fans searching for something with greater meaning and artistic depth will be pleased by Posner’s thoughtful writing. Fans looking for the catchy Posner flair that originally boomed him to popularity will be utterly enthralled by the remixes. If you’ve ever liked Posner during your life, there will be something on At Night, Alone that satisfies you.

After the original “I Took A Pill In Ibiza,” Posner moves to “Not That Simple,” a catchy tune that features some of his highest hitting vocals on the album. The track is about a past love that’s been lost and the “Not That Simple” title basically refers to difficulty moving on.

This theme is also heard on “In The Arms of a Stranger,” although there the indication regards Posner looking for love in the wrong places. “In the arms of a stranger, pretending it’s love, holding her closely, remembering your touch” echoes throughout the song – a measure that speaks to why my title of this article states that Posner delves into soulfulness and self reflection. Differentiating himself from the more simplistic and emotionally unmoved artists out there, Posner actually seems genuinely bothered by some of his past, whether it be mistakes in love or music.

I’ve seen “Silence” receive some criticism on the web, but I dig it. This one features Labrinth as the pair take turns discussing when other members of a relationship are phony and how silence is ultimately worse to experience than hatred. Another example of Posner’s voice reaching a height that defies belief. I’m sure production tricks can have an impact here, but it’s clear that Posner’s vocal range is on display throughout At Night, Alone.

A more general song that balances both introspection and thoughts that apply to the listener is “Be As You Are.” One could fairly criticize Posner for at times being overly basic and predictable with his lyrics/rhyming words, something that hinders “Be As You Are” a bit, but the chorus does enough to still make it a solid overall piece of work.

Where Posner arguably shines the most on At Night, Alone is with “Iris.”

“Oh, I watched her go, after she planted her love in the top soil, and from the top soil an iris bloomed, it was pretty in May but it died in June.”

This is an example of Posner going for a level of emotion/sentimentality on “Iris” that some listeners, particularly the ones with an exclusive remix interest on Posner’s work, might find unbearable. But I’d argue that Posner’s lyricism and metaphorical approach actually benefits him here, whereas the same approach suffers and is deserving of criticism on a track like “Only God Knows.”

Here are a couple of lines from the track Posner could’ve been more creative on – “my walls are filled with artwork, my art is filled with paint” and, perhaps a more Posner specific line than I’ve ever heard, “I’m sitting on a park bench in the city I don’t know.”

I love Posner and have no issue with him attempting to pour himself out on his songs, but the above two examples are justified critiques of overly simplistic writing, even for a genre that isn’t necessarily after being lyrical.

“One Hell of a Song” ventures into Posner’s writing ability and some of the biggest names in the business he’s written for. “Buried in Detroit” talks about Posner’s world travels and life experiences still not being enough to alter his love of where he comes from. After these tracks run their course, the remixes begin.

The best remix, aside from the obviously popular “I Took A Pill In Ibiza” Seed version, is “In the Arms of a Stranger” (remixed by Brian Kierulf). On this particular song, the sped up pace improves upon the original and makes Posner’s words pop up with added gusto. I also enjoyed the “Silence” remix because the original is almost too slow, but both versions are excellent in their own right. Just a matter of preference.

Upon completing my first listening of At Night, Alone – an album I’ve had on replay for a few days – I was left feeling that Posner does classify as a brilliant artist. Even with his lyrical predictability and lovesick tone at times hindering the rhythm of the album, he nevertheless pens some of his most impacting material while also pumping out tracks with a definite pop value. His ability to be artistically loyal to his intended message and radio friendly enough to appease common fans is a concrete skill.

I like both aspects of Posner’s work on At Night, Alone. The originals are great sources for listeners to reflect on their own lives, and the remixes are tremendous dance type of songs that could easily be played at any popular club. Posner delivers on At Night, Alone. This is without doubt. And given his journey that has seen its share of peaks and valleys combined with his naturally thoughtful style, Posner is an artist I actually enjoy following. If you’re a fan of Posner, simply stated, you will enjoy most of what At Night, Alone offers.

Album Grade for At Night, Alone by Mike Posner : A-