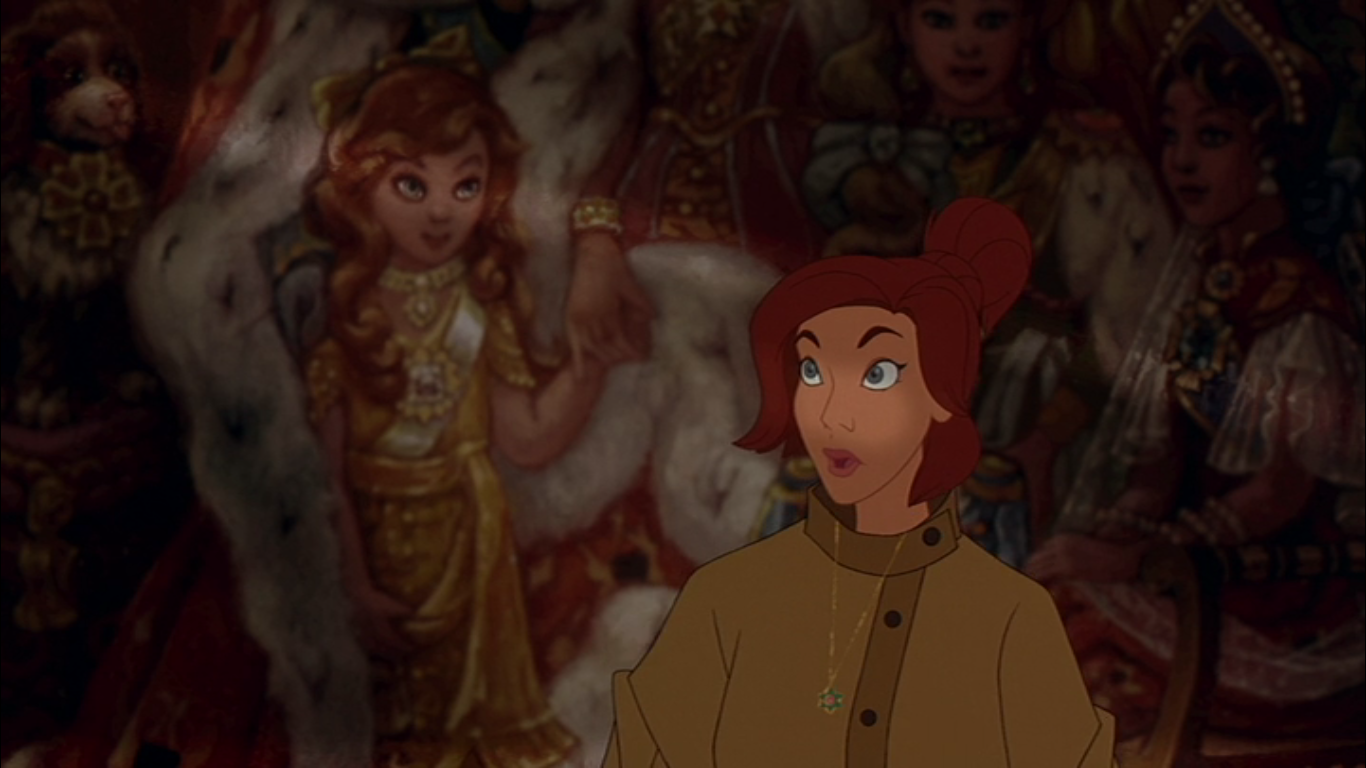 Okay, so to be totally forthright, Anastasia is one of my favorite movies. I’ve probably seen it upwards of 100 times. BUT it’s been a while (and by a while I mean maybe five years), so I’ve had this movie on my list since I started doing these throwbacks.

Anastasia may not be a real Disney princess – although she frequently gets confused for one – but let’s be real, Anastasia is the best princess movie. Anastasia, unlike many Disney princesses, never gets bogged down by controversy such as, “she gave up a part of herself for a boy she only met once,” or, “she fell in love with her kidnapper.”

No, Anastasia is an independent woman who don’t need no man (except for at the end when she decides that she wants one). She’s different. She’s not afraid to speak her mind, which was not normal for the time in which her movie takes place, and that aspect wasn’t normal for that specific era of princess movies, either. The writers are well aware of this, and even poke a little fun with the line, “She certainly has a mind of her own.” “Yeah I hate that in a woman.”

Anastasia has everything that could ever make for the perfect Disney movie, besides the actual sticker of approval:

So, yeah, Anastasia may not be Disney, but like the best of Disney’s earlier movies, it contains a sense of eternality that makes it just as amazing whether you’re watching it for the first, third, or hundredth time.