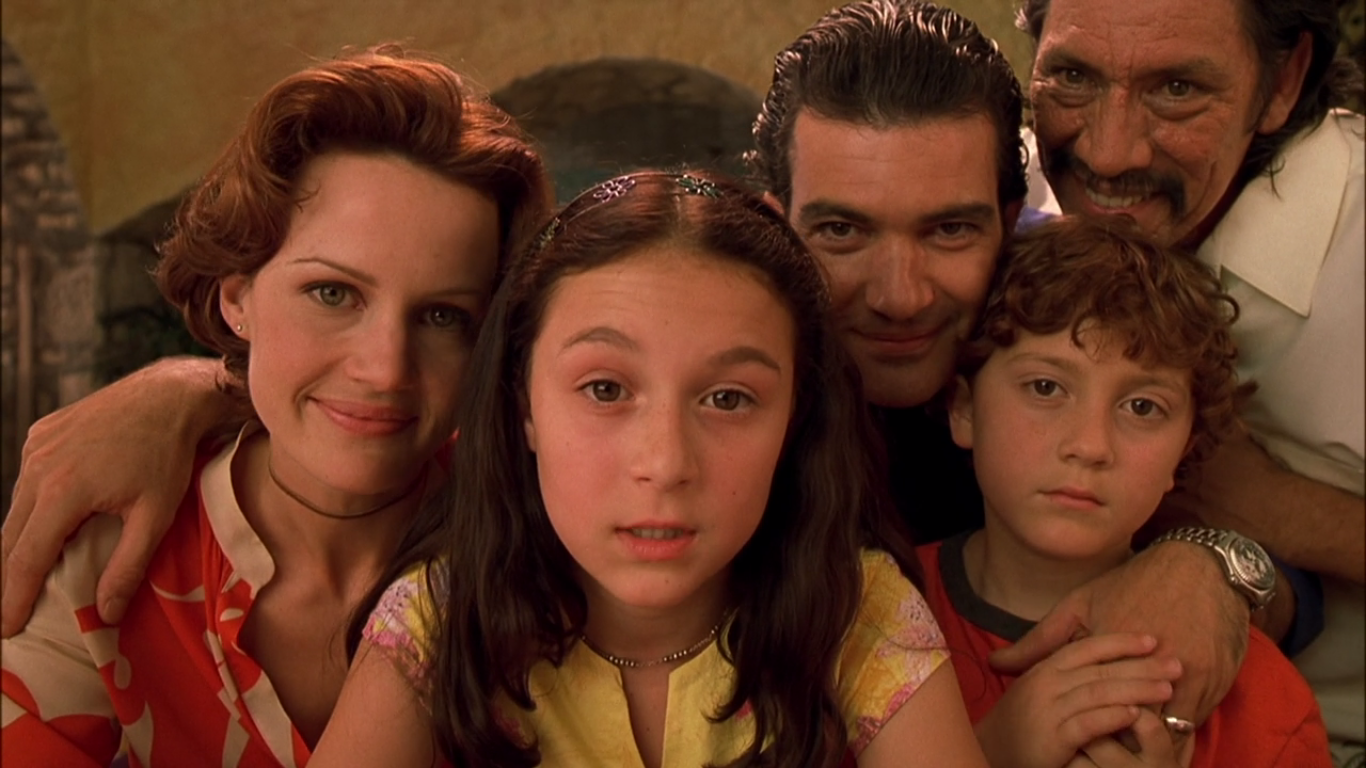 If you were stranded on a desert island with only one movie, you would want that movie to be Spy Kids. Spy Kids is the only movie you need to watch ever again. Eight year old me knew this to be true, and ten minutes into Spy Kids twenty three year old had remembered it as well. If you haven’t watched the first movie of the franchise recently, I highly suggest you do so because it is actually THAT amazing (I can’t speak for Spy Kids 2-4, but I vaguely remember a decline in watchability following the second installment).

In case it wasn’t evident from the title, Spy Kids has a simple premise: two kids, Carmen and Juni, find out that their boring parents are actually spies. When the parents get captured by a sleazy version of Mr. Rogers who is clearly high on something, it’s up to the kids to save them.

Spy Kids’ effects aren’t stellar like I remember them being, but the gadgets are seriously envy-worthy. There’s jet packs, tiny light sabers, silly string that turns into cement, and gum balls that shock your enemies. The reigning king of inventions, however, is the rehydrator microwave. Simply pop in a foil-covered packet, press a few buttons, and you’ve got yourself a hamburger and fries meal in a matter of seconds. I will actually give all of my money to the person that invents this for me so I never have to cook again.

Somewhere between Harriet the Spy, Spy Kids, and The Box Car Children I became convinced that I would one day become a spy and solve mysteries. Unfortunately, my parents were not as cool as Carmen and Juni’s and never secretly gave me super spy training, so instead I’m the world’s least observant person. Unless there’s a puppy around. I always know when there’s a puppy around.

Luckily I don’t need sleuthing abilities to realize that Spy Kids was a groundbreaking film for its time. Sure, Floop’s Flooglies and the Thumb Thumbs aren’t exactly the work of genius, but they were pretty fucking hilarious as a kid. Actually they still are. But that’s not what I’m talking about.

As a kid part of the reason I loved Spy Kids so much was that it was so relatable. No, my parents weren’t special agents who are also the hottest people alive (seriously, momma Cortez gave me some serious pixie cut envy), but they do have one little thing in common – one of them has a super thick Hispanic accent, and the other is a super white gringo. My parents are the non-spy, actually boring, inverse version of the Cortez’s, or at least that’s what I liked to tell myself.

Spy Kids was one of the first children’s movies to portray my type of family; nowadays kids have the Russo’s of Waverly Place and Ramona from Fuller House, but back in 2001 Carmen was my only sister in solidarity. I loved the accent Carmen got when she said her full “too long” Spanish name and the fact that neither Carmen nor Juni looked outright Hispanic, just like me. Juni’s questioning whether Machete is his real uncle “cause we already have a fake one” is also the most Hispanic thing I’ve ever heard anyone say (I myself have more fake aunts and uncles than real ones).

Spy Kids was laugh out loud funny, ridiculous, slightly inappropriate, and completely adorable. It was my favorite movie as a kid, and it might be my favorite kid’s movie now. I might have to watch the second one sometime soon. Also, I’m utterly convinced that Danny Trejo should be in all movies for all of eternity.