Some of the most heinous villains of the DC universe are brought together and asked to do some heroic damage in David Ayer’s Suicide Squad. A secret government agency, led by Amanda Waller,  assembles Task Force X, aka the Suicide Squad, to carry out a dangerous mission to ensure the protection of the world from a supernatural being. The film boasts a star-studded cast, including Will Smith, Margot Robbie, Jared Leto, and Viola Davis.

After the narrative mess that was Batman v Superman: Dawn of Justice, the higher ups decided to do some reshoots of Suicide Squad to make the film a bit more humorous. Well, it does have some solid humor in it, but some of it isn’t intentional. The film is yet another misfire from DC, as the plot is so thin and generic that eyes will roll. The third act is especially bad. There’s something going on in the sky reminiscent of Ghostbusters, and the villain dances like someone fighting a seizure in order to summon a blockbuster-grade putty patrol. Not to mention, the film is chopped up to the point where you might believe that you’re watching a rough draft. 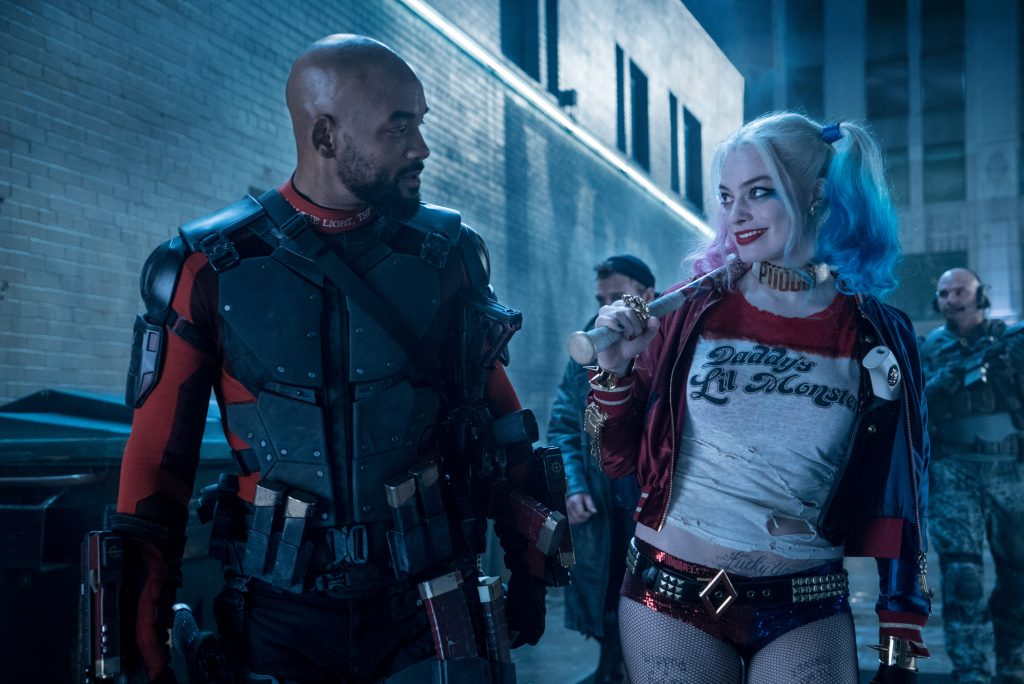 Now, David Ayer is actually a talented director, with films such as End of Watch and Fury under his belt. There are some visually appealing scenes in this film. For example, the first time we see the transformation of June Moon into Enchantress with the close-up hand grab, or Harley Quinn’s barrel rotating from “hate” to “love” when Deadshot fires it. Unfortunately, there aren’t enough of these cinematic flourishes.

The significant positive of Suicide Squad is the talented cast. Will Smith as Deadshot did an amazing job as a cold-blooded assassin that just wants to see his daughter. Smith flexes his charisma quite well, and is definitely one of the brightest stars of the bunch. We can feel for Deadshot because Smith brings him to life and makes him relative amongst the chaotic, slap-dash story. The other fantastic performance given is by none other than Margot Robbie as Harley Quinn. She simply nails the character of a psychotic, sexy, Joker-obsessed lady that is just as dangerous as the Clown Prince of Crime himself. She’s intriguing from the first moment we see her dangling from within a prison cell like a demented acrobat, and every time she shows up in the frame, she lights up the screen.

Jared Leto as the Joker is…okay. He’s not given enough screen time or much to do in this film to really showcase his madness, and he’s given no memorable lines. It felt as if he didn’t really need to be there. Leto is fully committed to delivering a sort of gangster, rockstar version of the Joker, and it’s mediocre at best. His smile is eerie, but there’s not much menace there. Viola Davis does an well as Amanda Waller, and manages to be more intimidating than the villain, who is a cookie-cutter baddie that really doesn’t bring anything to the table besides horrible dance moves.

The best thing about Suicide Squad is that it had some really amazing trailers. Okay, Will Smith and Margot Robbie are also appealing, as well as some of the other performances, but it really just didn’t do much of anything. Suicide Squad is strike two for DC. Let’s hope Wonder Woman and Justice League can turn things around.