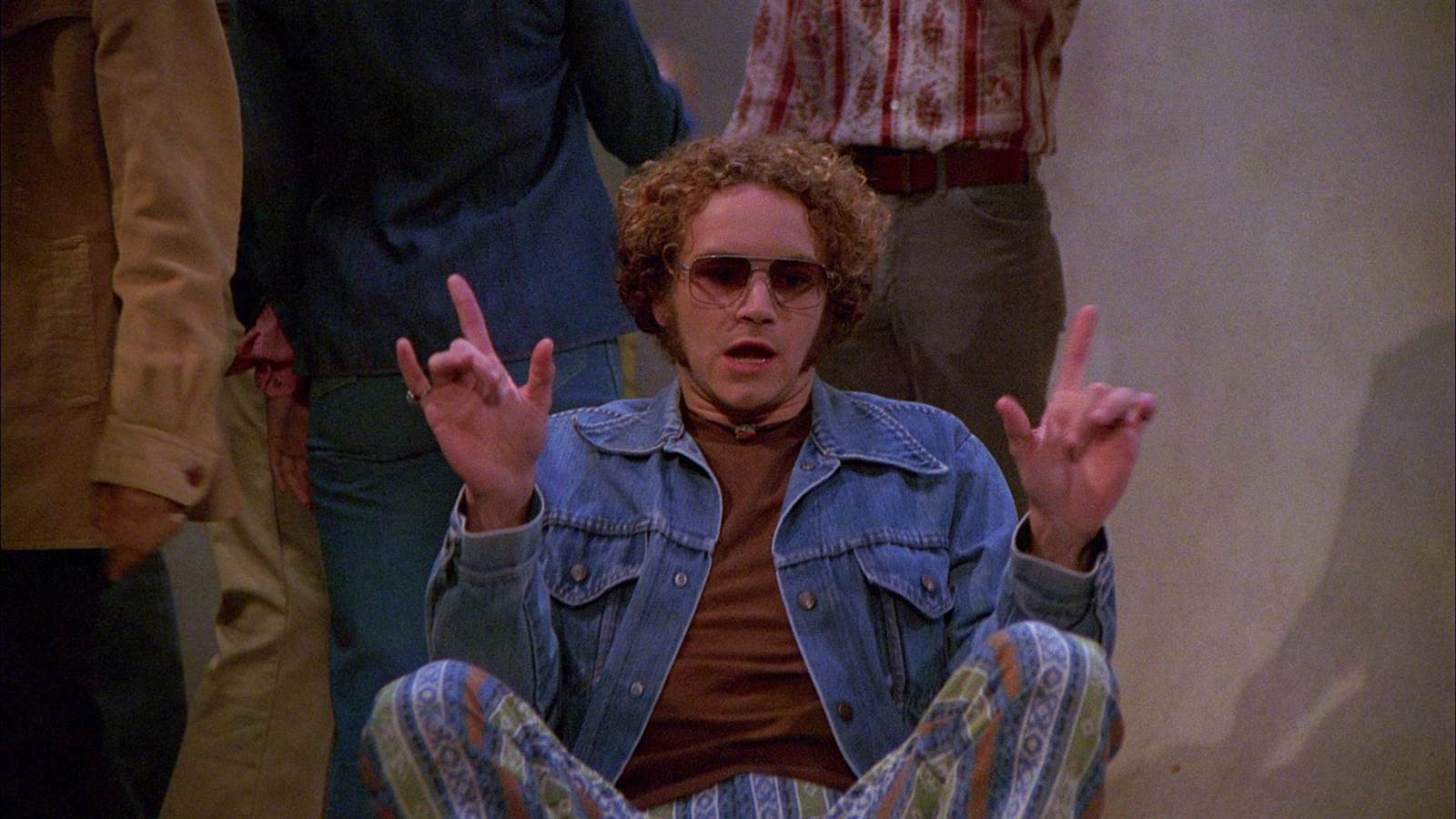 We’re celebrating Halloween all month by highlighting our favorite Halloween episodes every day. Today we’re kicking things off with “Halloween” from That 70s Show.

The gang decides to get a creepy Halloween experience by going to the site of their old elementary school, which burned down. Just when Eric Foreman is feeling like nothing scares the group anymore now that they’re teenagers, Jackie Burkhardt and Donna Pinciotti discover their permanent records and everyone starts looking through them, which turns out to be a big mistake. Eric’s light-hearted confession that he destroyed a diorama and let Steven Hyde take the fall ends up cutting deep, as Hyde points out this labelled him as a bad kid for the rest of his life. This feud snowballs as more secrets come out. They start to turn on each other because of the secrets that are uncovered and tensions run high.

This feels like a Halloween episode through and through, with lots of fun horror homages and references sprinkled throughout the episode, including the I Know What You Did Last Summer-inspired ending where they all agree to never speak of what happened again. The episode also explores what makes different people scared. Eric talks about how deeply scary Sleepy Hollow is, while everyone else disagrees. Later, they see The Texas Chainsaw Massacre and only Michael Kelso is affected. Meanwhile, Jackie is only afraid of people finding out what her middle name is.

This episode also deals with the important issue of people who give out apples or raisins instead of candy.

Kitty Foreman as a witch, then (in a flashback) a cat

Frank as a bum