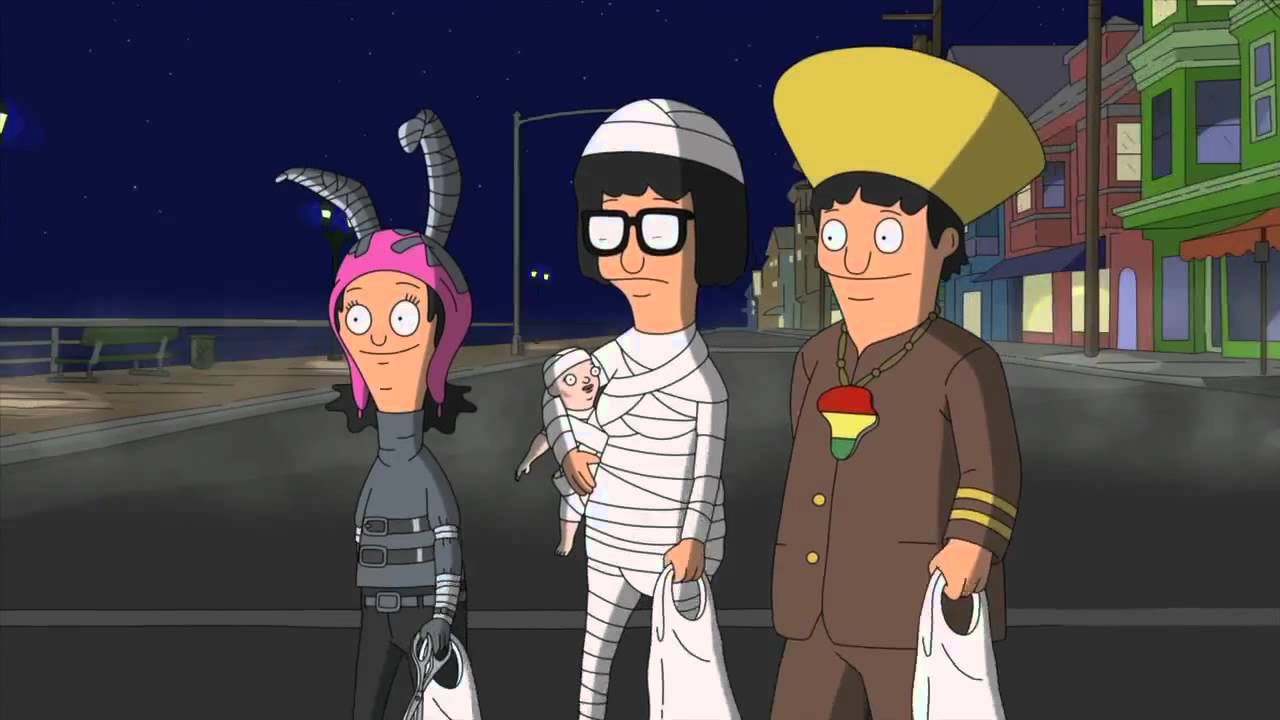 We’re celebrating Halloween every day in October but highlighting some of our favorite Halloween episodes from a variety of TV shows. Today we’re looking at “Full Bars” from Bob’s Burgers.

“We’re born alone, we die alone and in between we trick-or-treat alone” – Gene Belcher

This is really a story about growing up all the triumphs and disappointments that come with it. The kids tell Bob Belcher they’re ready to trick-or-treat alone. He’s disappointed but tries to accept it and goes to an adult Halloween party, where he’s the only one who’s not dressed up.

Meanwhile, the kids’ have the best trick-or-treat haul of their lives thanks to deviating from Bob’s usual route, but discover the terrible cost when they’re chased by teens determined to use Halloween as an excuse to be huge jerks.

The kids taking a trip to the rich neighborhood in order to get better candy and their sheer amazement at getting full-sized candy bars are the kind of realistic details that make this show hit so close to home, despite how exaggerated and wacky it gets. This episode accomplishes exactly what Halloween episodes should: it captures the mundane details of Halloween, while also embellishing with horror movie-like style. Bob’s boring party turns into a murder mystery and the kids are chased by menacing masked teens.

Linda Belcher as a mermaid

Tina Belcher as a mommy mummy

Teddy as a tiger

Mike the Mailman as a bunny

Bob as a sumo wrestler

Milo as a baseball player

Ned as a dinosaur

Dennis as a pirate

Bryce as a goat

Gretchen as a cheerleader