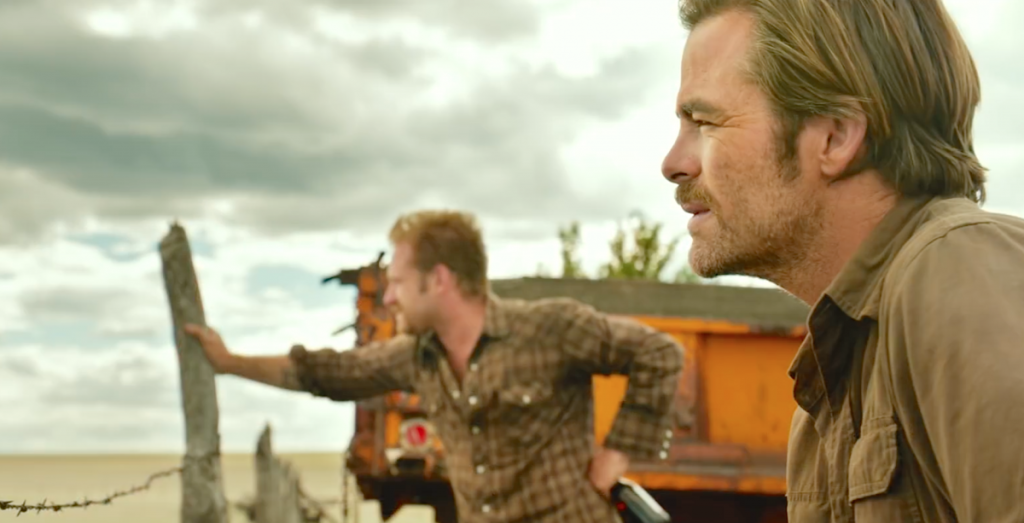 Sometimes a man is pushed to the limit where his problems can’t be solved by staying within the lines. David Mackenzie’s Hell or High Water is a western that sees a divorced father and his ex-con brother resort to robbing banks in order to save their family’s ranch. This film boasts three bold performances from Chris Pine, Ben Foster, and Jeff Bridges.

Hell or High Water doesn’t break any standard templates for the western genre, but it does showcase well-rounded characters that sit in the grey area of good and bad; this is what makes the film interesting. The characters, and the events they face, feel sincere. David Mackenzie directs the film with a flow of violence and heartfelt moments that clash in bold splatters. Screenwriter Taylor Sheridan, who also penned Sicario’s script, does another amazing job. Sheridan really develops the characters well, and the script allows you to easily relate to each of them, erasing any hero and villain labels. These are people doing what they have to do, doing what they know, and acting upon what they feel is right. A cast of very talented actors bring the script to life with the guidance of Mackenzie’s elegiac direction.

Ben Foster is such an underrated talent, and here he builds another interesting character that on paper might seem like the typical loose-canon ex-con. Foster plays Tanner with a crazed sense of fun, yet he is also an older brother that is able to do some right when he wants to. He has a code to follow and he truly has a “me against the world” mindset. Foster has great chemistry with Chris Pine, who plays Toby, a man that’s been pulled into robbing banks simply because he’s another “have-not” that’s been pushed too far by the “haves.” Pine gives the best performance of his career so far in Hell or High Water. It’s a subtle, detailed performance where he utilizes silence to his advantage. Together, these two actors make an amazing duo, and you’re really able to invest in their brotherhood.

Jeff Bridges plays Marcus Hamilton, a Texas Ranger that’s on the verge of retirement. Bridges does an exceptional job as the wise-cracking lawman that’s seen it all before. He is quite comedic in the role, but also does a beautiful job of portraying someone that’s reluctantly counting down his last days before transitioning to a life he doesn’t know too well. We see him crack jokes left and right, but he’s also still sharp, and isn’t immune to everything just because he’s been in the game for a while. Beneath the humor, Marcus seems to be a lonely, damaged character, and Bridges embodies all of it so well.

Hell or High Water is a poetic cat and mouse chase. Both sides have their reasons, and both sides win and lose. The three central performances are all award-worthy, and the characters are well-rounded. It’s a western that paints a picture of brotherhood, revenge, and determination in a way that swelters and stings.