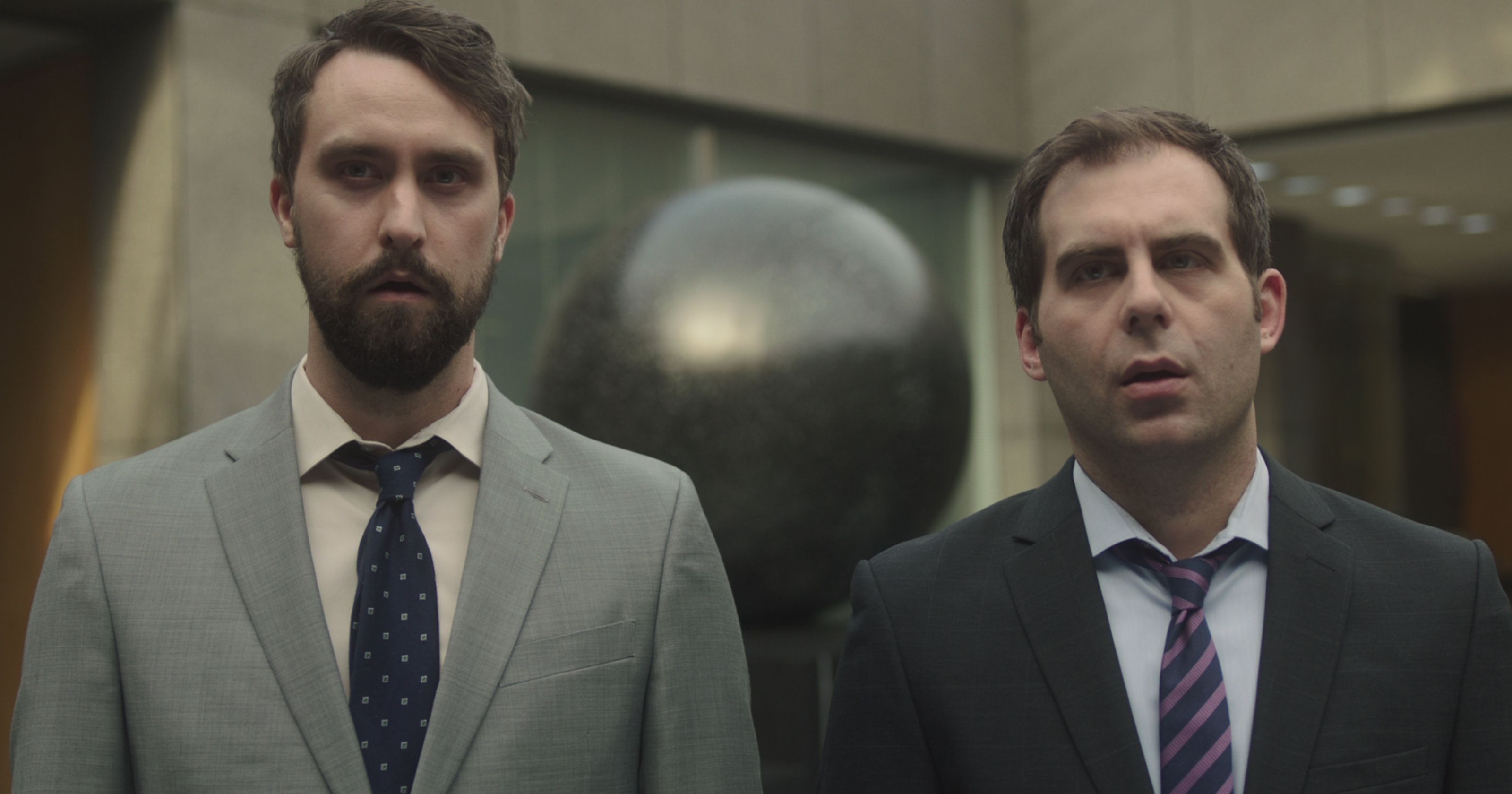 Comedy Central’s sitcom Corporate just finished its first season. The goal of the show was to be an anti-workplace comedy. It portrayed work life without the tropes that other sitcoms employ to make the drudgery of having a job more palatable. The biggest one of these tropes is the will-they-won’t-they.

Most workplace comedies build the story around a will-they-won’t-they. Even when they do it well, like in NBC’s Superstore, it’s hard not to be pulled out of the show by how carefully orchestrated each romantic moment is. It’s easy to see why Corporate would want to avoid something so obligatory.

But, what’s interesting about the will-they-won’t-they trope is that while it often feels incredibly forced and strategic, it’s almost impossible to avoid some sort of dynamic of this type popping up. Evolving relationships drive almost all stories. If you write your characters well, their dynamics will inevitably be compelling enough for the audience to wonder how they could evolve.

Which brings me to Jake Levinson and Matt Engelbertson, the main characters of Corporate. They’re co-workers whose jobs force them to spend all their time together in a tiny confined space. Jake’s defining personal traits are being selfish and sadistic. Matt’s defining personality traits are being docile and accommodating. As a result, a lot of their dialogue has sadomasochistic undertones.

The things that Jake says to Matt range from kind of complimentary (“Matt, you naive little ingenue”) to outright cruel (“Well, you’re definitely weak. I don’t know if you’re a person.”) The constant current of degradation and sadomasochism in their dynamic is something that you just aren’t getting on Modern Family. If either of these characters was a woman some of their exchanges would feel less like a sitcom and more like one of the racier Gossip Girl scenes.

But, my point isn’t that their relationship is hot. It is, but that’s not my point. The Jake/Matt dynamic is a genuine romance. In fact, one episode flashes forward to the future and actually shows them growing old together. They share a bed as old men and then eventually they’re buried in side-by-side grave plots. There are only so many ways to interpret that.

The way the main relationship develops is one of the most satisfying aspects of Corporate’s first season. Jake and Matt start off spending time with each other because they have to. But, they slowly become each other’s main support system. In episode 8, Jake starts giving Matt rides to work while wondering why he’s willing to do that. By episode 9 they’re voluntarily watching TV together on their downtime. These episodes showed them growing closer without veering towards the constructed moments you get in a classic will-they-won’t-they.

But, the season finale, titled “Remember Day,” turned the romantic undercurrent of the show all the way up. At his lowest point, Jake laments, “No one cares about me— not even Matt.” After Matt finds out about this, he rushes off to get Jake the perfect gift. Tragically, he isn’t able to actually give the gift to Jake, but instead simply offers him companionship. The season ends on the note of them finding a momentary, tiny bit of comfort in each other. This is essentially a plot you’d see between Jim and Pam on The Office. Sure, there are lines that undercut it. But, this is no different than the way every sitcom will-they-won’t-they insists they don’t really like each other.

None of this is a bad thing. I don’t think that the Matt/Jake dynamic fitting the will-they-won’t-they pattern is a betrayal of the show’s concept. Nor is it a sign that even if you try to avoid formula, tropes are entrenched in television. In fact, I think that by committing to the Matt/Jake romance, Corporate could do something more unique and subversive than if they continued to keep the dynamic as subtext while occasionally showing them having whacky hookups with various women.

The obvious reason that a Matt/Jake will-they-won’t-they wouldn’t be cliche is that they’re both men. No one can sincerely argue that the two male leads getting together is a sitcom trope. But, even ignoring this, Corporate could easily play out the will-they-won’t-they while staying true to its unique intentions.

What makes workplace will-they-won’t-theys feel so saccharine and hollow is that they’re presented as a beacon of hope. The audience gets strung along until the big wedding episode, which presents as a happy ending. In their final seasons, shows like The Office and Parks and Recreation went through the motions of putting couple after couple together in a way that felt rote and mechanical and depressing in an unintentional way.

But, season 1 showed us through Matt and Jake’s friendship that steps in their relationship don’t matter— not in the sense of improving their overall happiness. Although the story effectively showed them growing closer, it never offered those cheesy, satisfying moments where two sitcom characters smile at each other and you realize they’ve become real friends.

A romance between them would play out in the same way. It would serve as a reminder that romance is not some quick-fix for your life being depressing. A relationship is some moments of comfort and other moments of deep isolation as you realize the one person who’s supposed to understand you the most still doesn’t truly. If Corporate wants to be the anti-workplace sitcom, I can’t think of a better way to do it than to show that you and your soulmate can blow each other under your desks on a regular basis and it won’t change the fact that immediately afterwards you’re still going to have to answer some stupid office email.