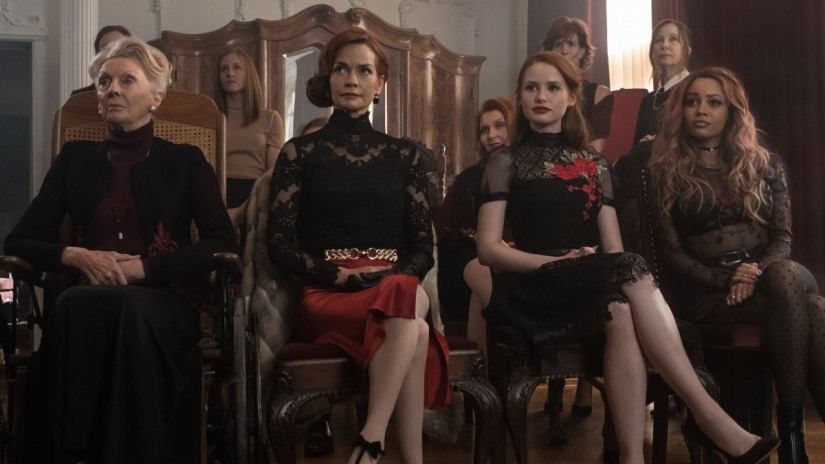 This week’s episode of Riverdale season 2 focused on the season’s weakest plot: Hiram Lodge’s shady plans for Riverdale. Jughead Jones’ remains singularly focus on Hiram buying real estate. This just feels weirder and weirder every week. This kid used to be concerned with murders. But, now we’re getting scenes where he wonders why a businessman would buy property at a low rate.

The reason this plot falls so flat is that Jughead doesn’t have a true consistent ideology. If Jughead was genuinely railing against gentrification or the possibility of a housing crisis or any thought out stand, it would still be a strange move for a teen drama. But, it would at least make sense. Instead, he just constantly refers to Hiram being shady or like a mafia man. Meanwhile, he’s willing to let the families on the South Side become homeless if it means exposing Hiram.

In one scene this week, Archie Andrews revealed Hiram’s big secret: he didn’t donate to Pop’s Diner, he bought it. Much has been made of this plot point without anyone acknowledging that this is significantly less weird than someone donating to a business. The first time Jughead railed against the purchasing of a property, it was because his beloved drive-in movie theater— which had become his literal home— was being torn down. That tracked. But, somehow as Hiram’s purchases become less personal to Jughead, he gets more worked up about them.

After keeping Hiram’s plans vague for a painfully long time, this episode finally revealed that he plans to turn South Side High into a private prison. Okay. That’s bad from a moral standpoint and Fred Andrews taking a stand against it actually made sense. But, Jughead attempting to fight this with the same ferocity that he went after actual murderers would require really honing Jughead’s ideology, which we already saw fall very flat in the episode where he finds out that colonialism is a thing.

Meanwhile, Archie is extremely in-favor of for-profit prisons. That was possibly not the best move for his character development.

The subplot in which Betty Cooper thought that the only way to talk to her brother Chic Smith was to have Kevin Keller catfish him was a disaster. The one saving grace in this episode was the Cheryl Blossom subplot. A man who looked identical to Clifford Blossom showed up at the reading of his will and introduced himself as Cheryl’s uncle Claudius. Now that feels like Riverdale. Long discussions about potential real estate purchases? Not so much.