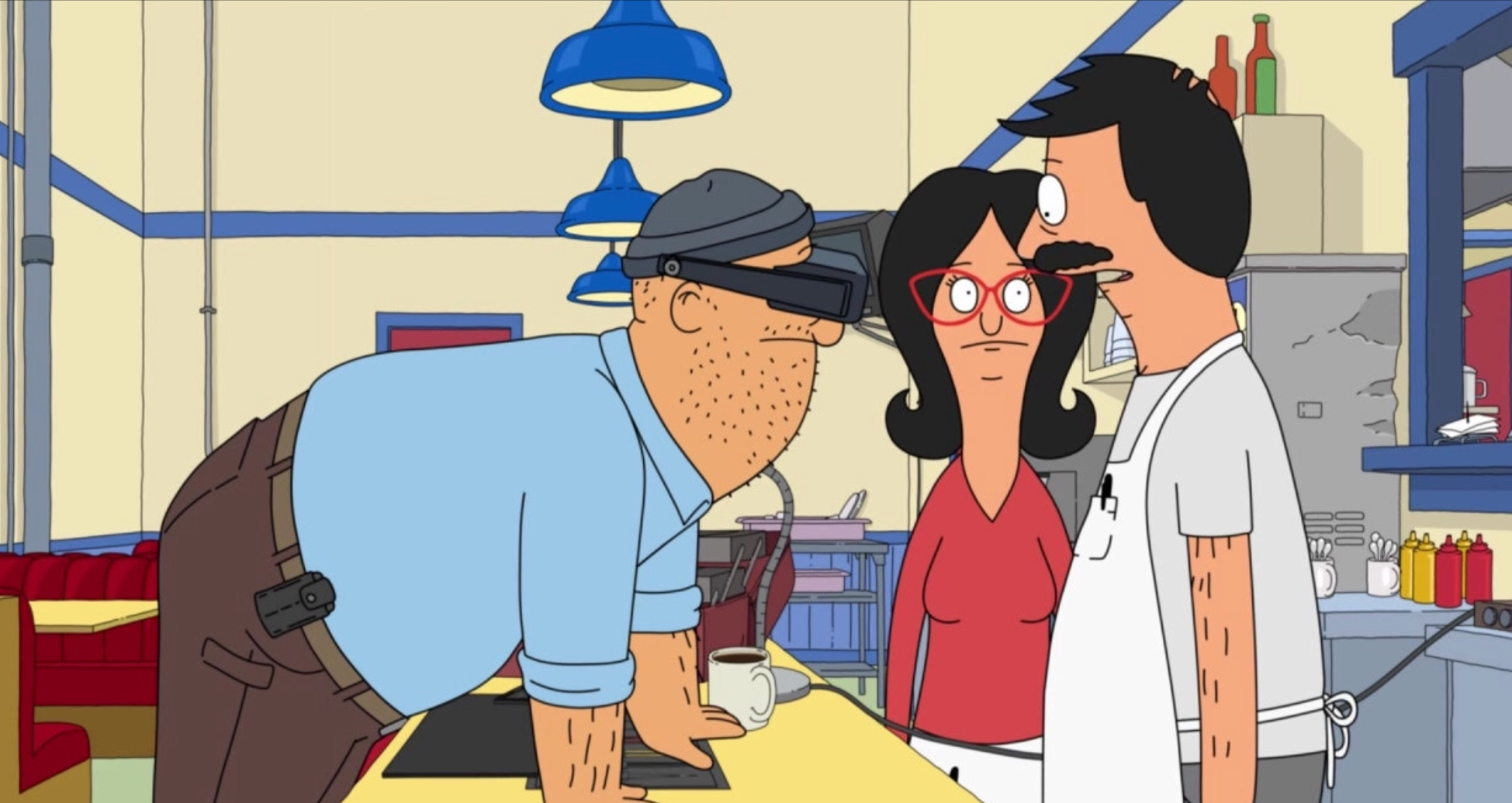 This week’s episode of Bob’s Burgers season 8 was a solid episode with a great final turn. The Belcher parents challenged the kids to make decent gifts for their grandparents. So, the kids set off to find a legendary secret ceramics room full of art projects.

The highlight of the episode was when their search for the room revealed that Mr. Frond once secretly rigged an election for Class Secretary. The wise Tina Belcher suggested that he share his secret because kids would listen to him more if they knew he’d made mistakes in the past and learned from them. While Mr. Frond rejected this, the cautionary tale worked and made Louise Belcher decide not to pass off other people’s art work as her own. The plot was a satisfying piece of storytelling.

The flashbacks to a young Mr. Frond where very fun. It’s cool watching the world and the characters develop so much now that the show is in season 8.

Meanwhile, Teddy started using the restaurant as a base to operate his phone screen repair business. Linda Belcher was happy to have him, but he constantly irritated Bob Belcher. The subplot felt a little by the books, especially due to its similarity to last week’s subplot. Hopefully soon Bob will get a great episode where he isn’t just reactive and agitated.

That said, the subplot landed. Bob and Teddy invariably play off each other well. It had some great bits involving Teddy dropping tiny pieces. The ending in which Bob agrees with everything Teddy says in order to get him out of the restaurant was a nice, well-acted scene.

This episode felt very similar to last week’s, right down to the fact that there were Mr. Frond flashbacks. Because of this, the fact that it wasn’t as strong as last week’s episode stood out, but it was still enjoyable.