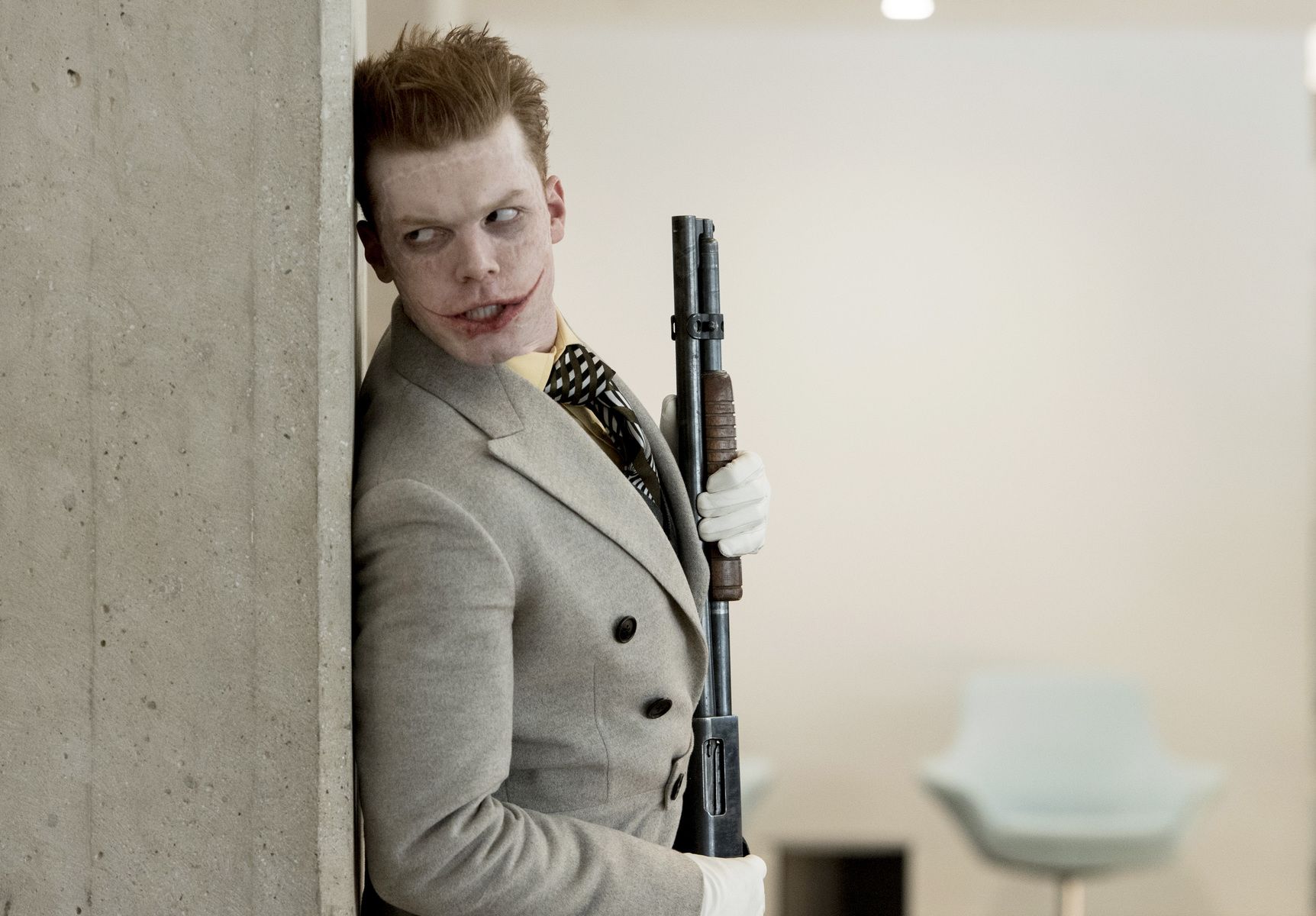 This week’s episode of Gotham season 4 featured Jerome Valeska’s big team up and a hyped up twist. But, surprisingly, the most fun part of the episode was the subplot about Ed Nygma and Lee Thompkins.

The Jerome plot fell flat for a couple of reasons. First, the twist revealing his twin brother Jeremiah Valeska felt pointless. If Jeremiah is revealed to be a greater evil and the true Joker, I’m not sure what the point is. If he’s less of a threat, I’m not sure what the point of that is either. It felt like they built the plot around one moment of surprise. But, even that moment didn’t hit since it was so easy to predict.

The Jerome and Jeremiah plot lacked Gotham’s usual whimsy. A reveal of a twin brother with a labyrinthine prison is something you might see on The Blacklist or one of the weirder episodes of Criminal Minds. The episode featured very little flair for a Gotham episode and especially for a Jerome-focused episode.

The other problem is how disappointing the big team up has been. Sure, a lot of big villains are technically sharing screentime, but none of them have particularly interesting dynamics. Even Jerome and Oswald Cobblepot seem like casual work buddies with very little tension between them. The point of cool team-ups is the relationships and we’re not getting any of that. It’s unsurprising there’d be no comaraderie between people this evil, but there’s also no sense that anyone cares who’s on top or who’s out to get them.

This was a stark contrast to the fantastic dynamic between Ed and Lee. Her defeating him by putting him in a position where he had to say “I love you” was the type of scene Gotham excels at. Tense, engaging and weirdly funny.

Ed’s “love” for Lee is obviously pretty shallow— the boy has a thing for any pretty girl who gives him slight attention. But, the way the show is using it is perfect. I for one am excited to see how much money and power Lee can gain by vaguely promising that Ed might eventually be able to see her boobs.