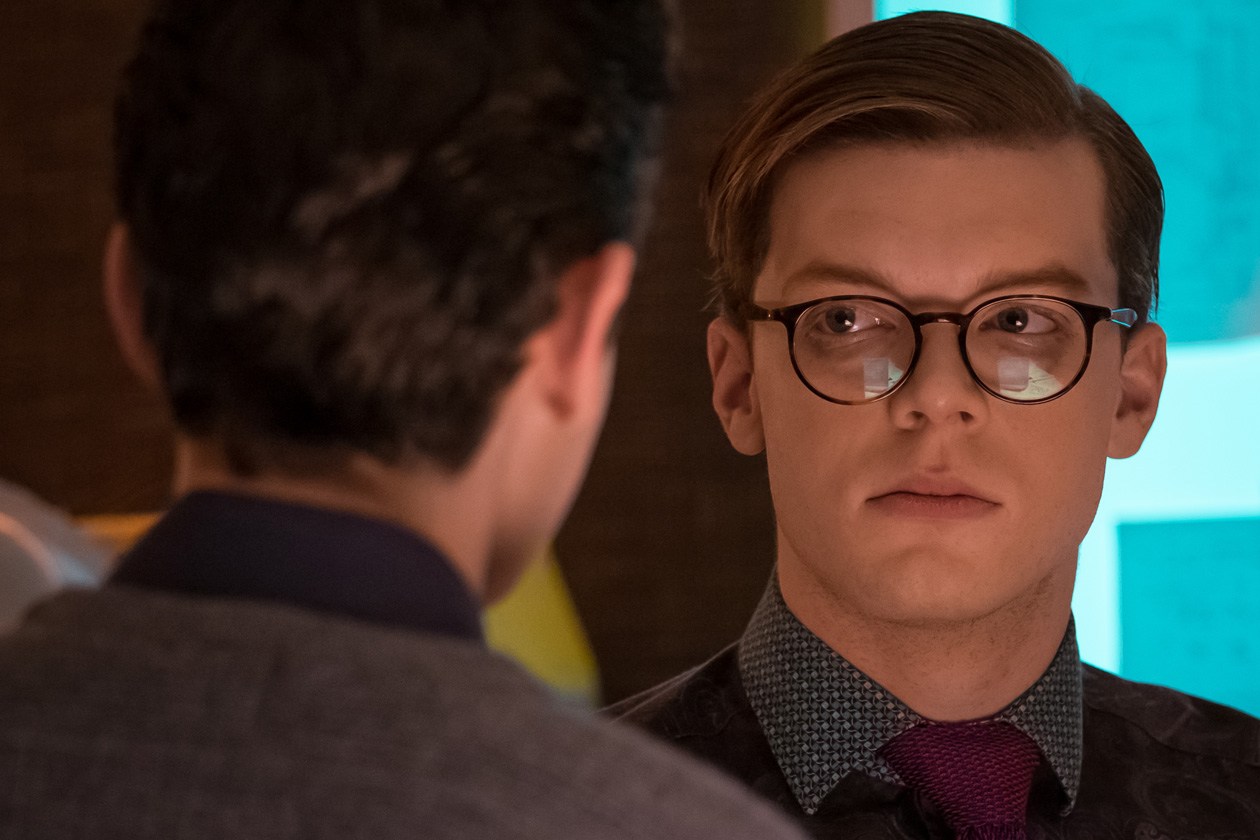 This week’s episode of Gotham season 4 suffered from how ambitious it was. It was very fun. But, I could see what a big idea the writers were going for. And, unfortunately, it fell flat of their goal.

In particular, the final act didn’t have the strong pay off the episode teased. Having a character say “pay attention so you’ll understand the final twist at the end” onscreen was a ballsy move, but the episode didn’t live up. The episode executed the reveals well. But, ultimately they just showed that Jerome Valeska is dead and Jeremiah Valeska is now evil. These are both things we’d assumed going into the episode.

It seems like a large part of the reason for introducing Jeremiah as the true Joker was to give him a friendship with Bruce Wayne. David Mazous and Cameron Monaghan did a great job playing this relationship. But, it needed more screentime. Their close friendship basically happened offscreen and only lasted about one weekend. So, it doesn’t really give Bruce and the Joker a deeper backstory.

This episode told one big story, so every character’s plotline intersected. I wish the writers executed this great concept more thoroughly. For instance, while Oswald Cobblepot and Butch Gilzean’s plot technically tied into everything else, it didn’t significantly effect any of hte other plots.

I enjoyed a lot about this episode. Ed Nygma excitedly announcing “let’s go to the costume shop!” was perfect. Butch’s newfound aggression played very well. Jim Gordon and Lee Thompkins’ debate about the ethics of the law was a perfect comic book show scene. But, overall I had the feeling this episode was intended to be something truly special and slightly fell short of that goal. Many of the plot details felt like they were placeholders for writers hoping to eventually come up with more satisfying plot mechanics.