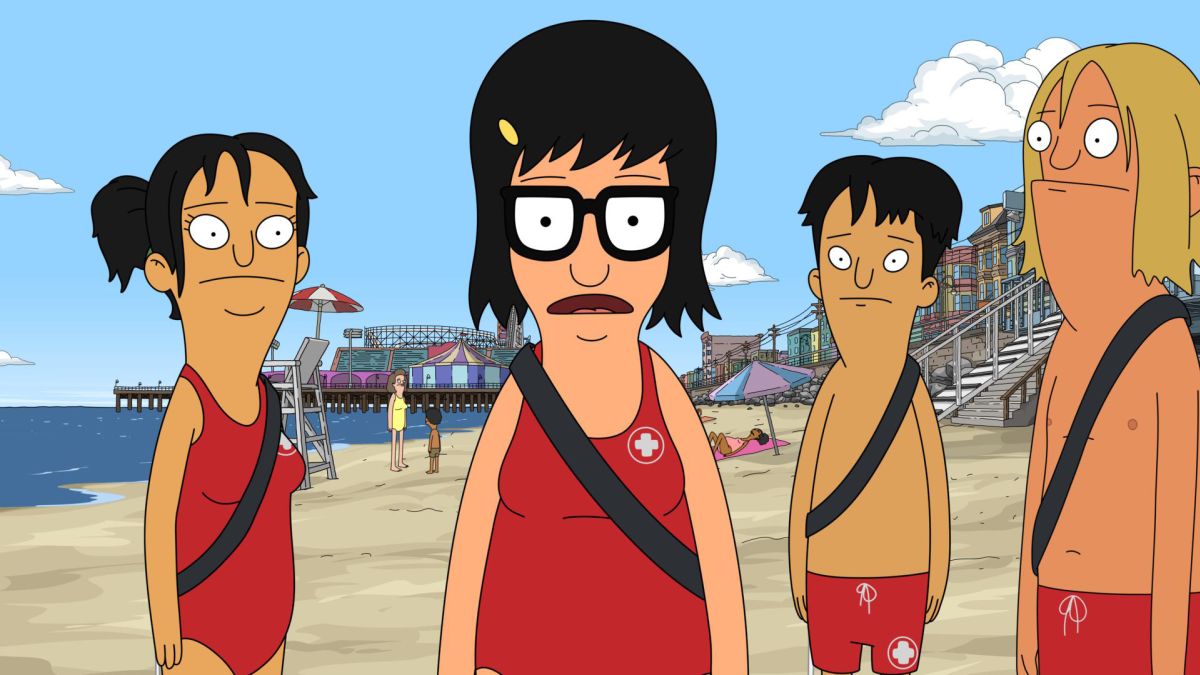 Earlier in Bob’s Burgers season 8, Tina Belcher confidently led her class through a dangerous wilderness exercise. This week the show did a complete 180 when Tina joined the Junior Lifeguards and obliviously messed up every exercise. It’s surprising that two episodes in one season would get the show’s best character wrong. But, it’s even more strange that it happened in such contradictory ways.

The episode started feeling off right away when it depicted Tina as lazy and lacking dedication. Some of the plot still worked, but only when it focused on Tina’s clumsiness and lack of physical strength instead of her personality. The idea of Tina joining the Junior Lifeguards in a burst of desire to spend time with swimsuit-clad boys absolutely made sense, the execution just needed a little work.

This episode had several guest characters, with a large group of Junior Lifeguards plus their coach. But, none of these characters jumped out enough or made a distinct impression. It would have been a stronger episode if one of them had been a more clear antagonist to Tina or had some sort of arc.

In the subplot, the restaurant finally started offering free WiFi. It’s nice when they do plots like this that feel very rooted in reality. In a perfect dialogue exchange, Linda told Bob, “Free WiFi is this generation’s free pens at the bank.” When he said those pens aren’t free and you have to break the chain to get them, she calmly said, “Yeah, it’s easy.”

Eventually, Officer Boscoe reported that someone was using the unsecure network to steal other guest’s credit card information. Officer Boscoe is a reliably funny character.  This was a fun plot with some solid jokes.

It was fun watching Linda Belcher and the kids overenthusiastically trying to help with the investigation. Gene Belcher and Louise Belcher’s clumsy attempts to help worked well.