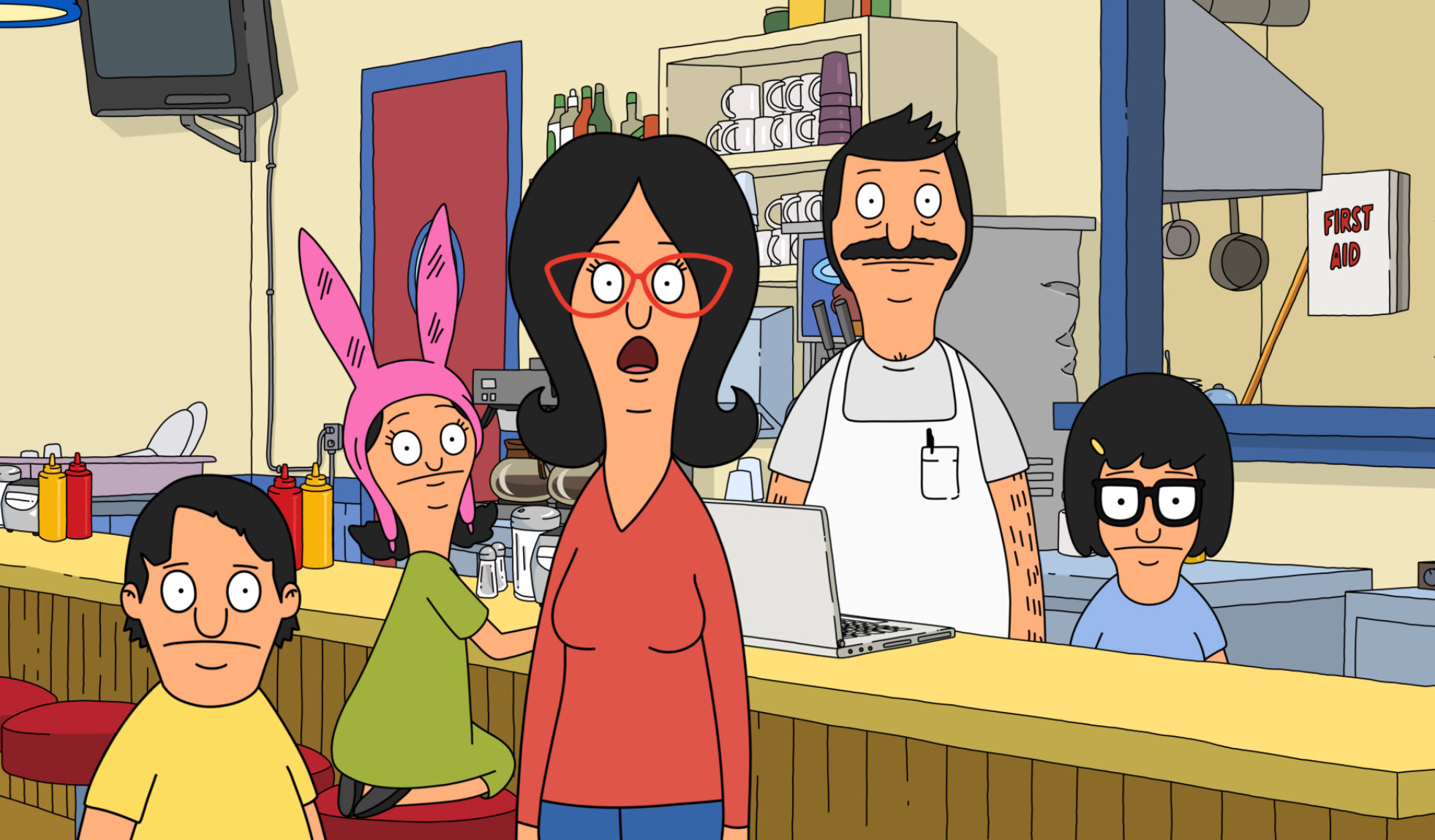 This week a sweet episode of Bob’s Burgers season 8 explored the best marriage on television. Bob Belcher and Linda Belcher’s love for each other always makes for strong episodes.

The episode opened with Linda realizing she’d forgotten Bob’s birthday. This was no big deal to Bob, but made Linda feel terrible. So, she started working to throw him a surprise party so that she could act like she’d pretended to forget his birthday as part of the surprise.

Then, things started to get really fun when the episode threw in health inspectors Hugo Habercore and Ron. When Linda asked Hugo to keep Bob distracted as a favor, he reminded her about the romantic torch he carries for her. Hugo’s heartbreak over Linda and her completely indifference to him is one of the funniest running gags on this show.

Later, in the course of spending the day with Hugo, Bob came to actually appreciate what a health inspector does. He realized with horror how lax many restaurant owners are. The scenes of actual appreciation and bonding between Bob and Hugo were great. This is the kind of thing that longrunning sitcoms should be doing, finding ways to explore the relationships in new ways without undercutting the dynamic or making anyone suddenly out of character.

In the end, Linda realized that a surprise party isn’t what would truly make Bob happy. Meanwhile, Bob was determined to act happy about the party so that Linda would feel good about herself. The strength of their relationship made the final act of this episode a joy to watch.

In the final moments, Bob got to watch Jimmy Pesto injured himself and declared it the best birthday ever. It was a heartwarming, feel good episode.

Details throughout provided humor on top of the great plot. There was a running visual gag about Gene Belcher’s terrible bangs, resulting from Linda realizing she’d forgotten Bob’s birthday halfway through a cut. Guest actor Bobby Moynihan was perfect as a clueless restaurant owner.